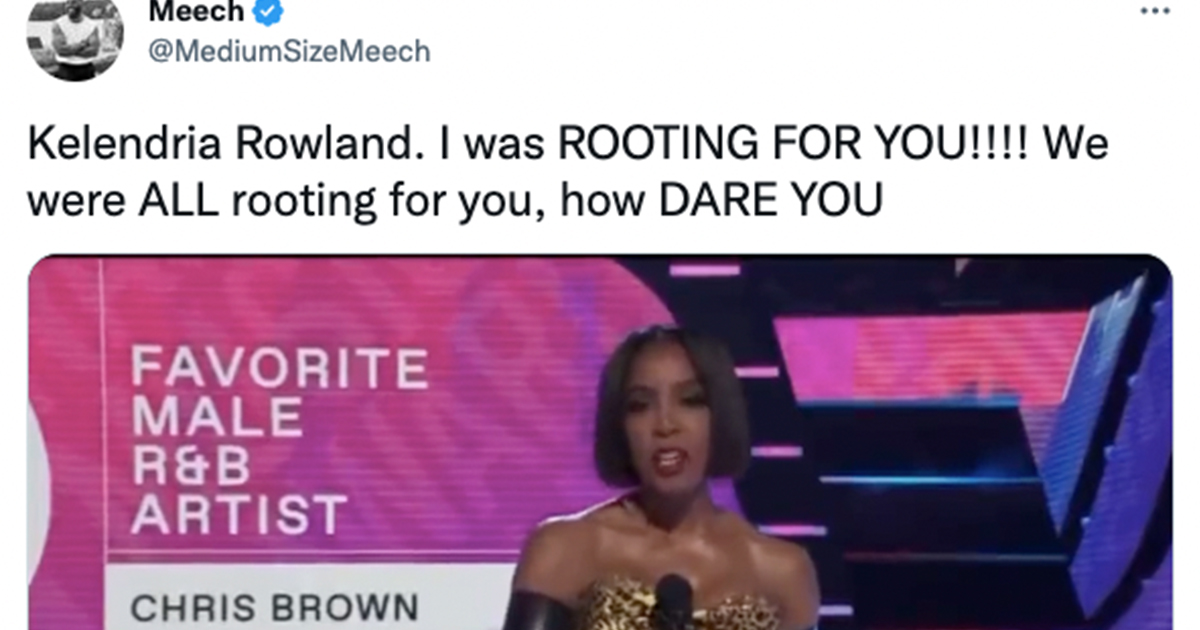 It’s no secret that Chris Brown has a long history of legal troubles, starting in 2009 when he assaulted his then-girlfriend Rihanna.

While Brown’s career rebounded from the brutal assault, his long history of violent behavior has definitely tarnished his reputation. So it was a little weird when Brown won an award for Favorite Male R&B Artist at the American Music Awards.

Many in the crowd started audibly booing when Kelly Rowland, who was presenting the award, called Brown’s name.

But Rowland was having none of it. She told the jeering crowd to “chill out.” (Scroll to the end for the full video.)

She went on to say, “I wanted to tell Chris, thank you so much for making great R&B music and I want to tell him, thank you for being an incredible performer.”

She finished by saying, “I’ll take this award — bring it to you. I love you. Congratulations.”

This sparked a furor online, with lots of folks super upset that Rowland praised Brown, given his history.

Although, we should note, that Chris Brown did have his defenders.

And Brown has his share of celebrity fans, too. Like Lizzo, who approached him backstage last year, asked for a picture, and called him her “favorite person.”

So despite Brown’s extremely controversial reputation, he still has his supporters. Here’s the video of Rowland shushing the crowd. What do you think?