This Leonardo DiCaprio meme is a great way to celebrate pointing out the obvious.

As actors go Leonardo DiCaprio is an A-lister among A-listers and after appearing in countless films his face is well-known to almost everyone with an optic nerve. With that sort of output it’s no surprise that his image has generated more than a few memes, the most recent of which is simply an image of the actor…pointing at stuff.

The frame is taken from a scene in Quentin Tarantino’s Once Upon A Time In Hollywood and people are using it to illustrate their enthusiasm for pointing out both things that please them and things that are very obvious or redundant.

Here are some of the best Leonardo DiCaprio pointing memes we had time to find.

when someone says the title of the movie in the movie pic.twitter.com/8iqOQkjttF

when the face comes off in FACE OFF pic.twitter.com/jfxvccHKa3

when the Women are Little pic.twitter.com/GmYUl0daJN

When Harold and Kumar go to White Castle pic.twitter.com/xeGRg25EEx

when they call each other by each other’s names in call me by your name pic.twitter.com/6D6vTMV8K7 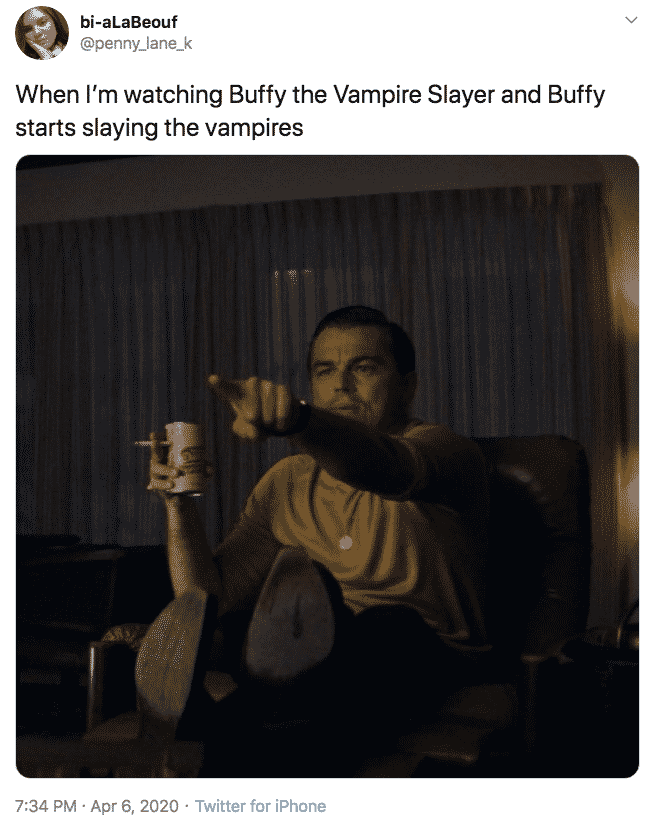 When you rewatch infinity war and doctor strange says “we’re in the endgame now” pic.twitter.com/I9qETVu8PR

Me throughout watching The invisible man pic.twitter.com/BaCy7VfUdo

Me when I see a Cheesecake at The Cheesecake Factory! pic.twitter.com/VqZ99aD20t