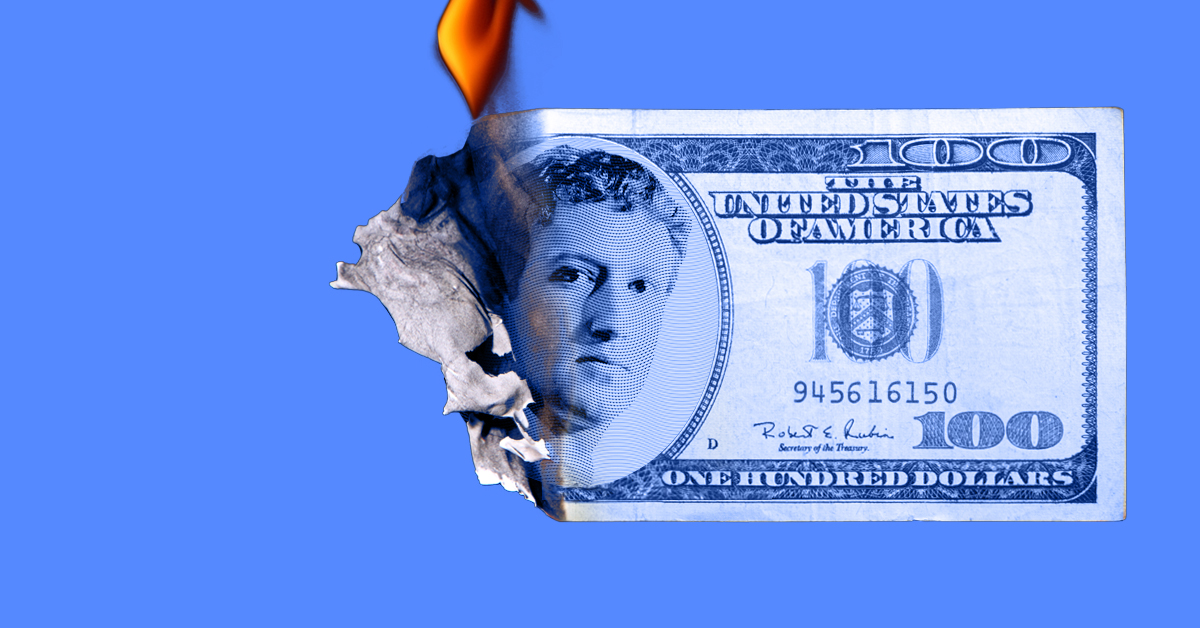 On Wednesday, Facebook experienced mass outages across the globe. Millions of people were unable to access the social media platform or its related properties like Instagram for roughly 12 hours, making it the longest breakdown in 15 years. According to our math, it also makes it one of the most costly in Facebook’s history.

Though it still remains unclear as to what exactly caused Facebook’s issues on Wednesday, we can roughly deduce the massive social network’s financial losses during the outage.

Facebook reported an estimated $16.4 billion in earnings for Q4. The fourth quarter is about 92 days from October 1st to December 31st.

Meaning, if the outage lasted about 12 hours, and we consider “revenue per minute” as a benchmark for potential losses, then the social networking site lost around $89,130,432.

According to Downdetector.com, Facebook was experiencing issues in a large portion of the U.S. and Europe in addition to reported problems in parts of South America, Asia and Australia.

Down Detector seems to show Facebook issues all over the world, particularly in U.S. and Western Europe. #facebookdown https://t.co/EsbvrT2tcd pic.twitter.com/frb1KGCO10

Roland Dobbins, an engineer working with the network performance firm Netscout, says the outage was likely the result of a traffic jam issue with a European internet company colliding with Facebook and other websites.

“While not malicious in nature, such events can prove disruptive on a widespread basis,” he said.

Though another firm called ThousandEyes disagrees insisting the issue came from Facebook internally rather than being caused by a network or internet delivery delay.

“Since Facebook uses its own backbone network, it’s not clear / we don’t have insight as to how an external transit route issue would cause a disruption within the internal Facebook network,” Alex Henthorn-Iwane, ThousandEyes vice president of product marketing, told USA Today.

Unsurprisingly, people had pretty strong reactions to the major outage.

Every time an app stops working, this is what I imagine their HQ looks like #instagramdown #facebookoutage pic.twitter.com/WeUAnKCtk5

FB is down. Chances are heads are exploding all over the country as spouses are forced to talk to one another. This could be dangerous. #FB #FacebookDown #facebookoutage pic.twitter.com/dlZaPPz8tz

Some users even joked that Twitter must’ve been behind it.

One thing’s for sure, with yearly earnings at $55 billion, Facebook can certainly afford the hit.