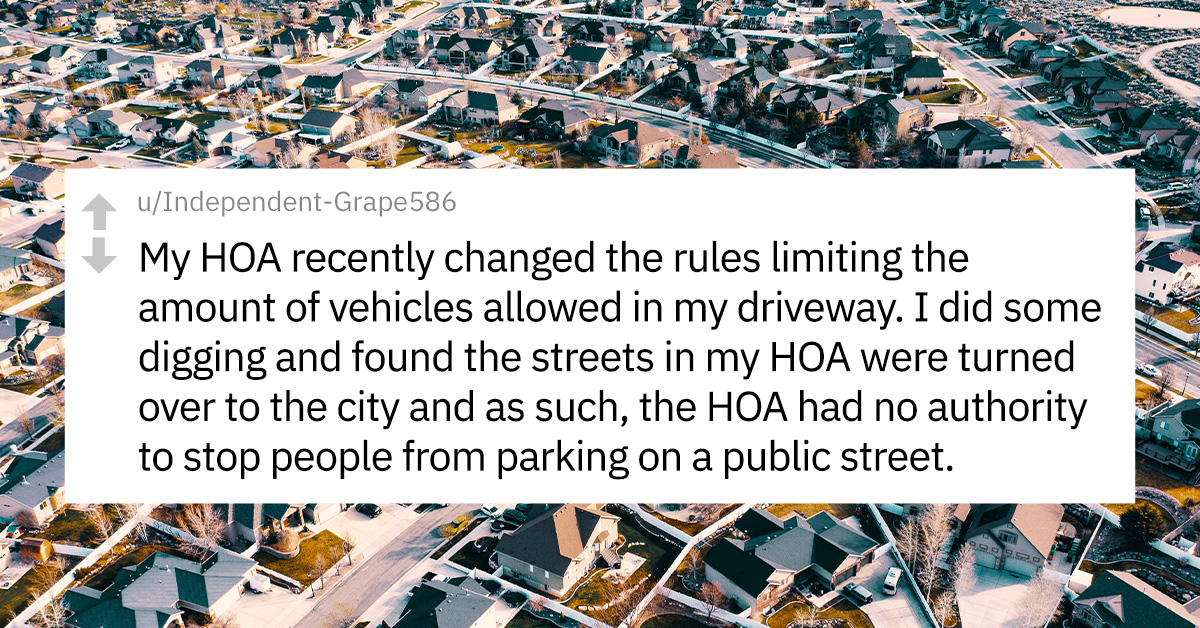 I’m not a homeowner, but if I ever am, I won’t be living anywhere with an HOA. In theory, an HOA should work, but all too often it just creates problems for some homeowners.

The problem is the power-hungry people who run them sometimes overreach and it becomes a bigger problem than whatever they were trying to prevent.

In the case of one Redditor who had it with their HOA when they limited the number of cars allowed in a driveway. Some think this may have gone too far, but if you mess with the wrong homeowner on the right day this is what happens.

My HOA will learn that I absolutely live by the letter of the law.

My HOA recently changed the rules limiting the number of vehicles allowed in my driveway.

I collect cars (all of which run, drive, and are registered and insured) and my household also has 4 licensed drivers.

When I moved in, the rules stated “only 1 class c vehicle allowed per driveway,” well that was fine by me, since class c vehicles don’t exist. Class C vehicles were not defined in the HOA rules either. I assume whoever wrote that rule assumed since they had a class c license, standard cars and trucks must be class C.

So I moved in, and after stuffing 2 cars, 4 motorcycles, and my camper in my garage, I placed 5 vehicles in my driveway.

The letters came. I was quickly able to deflate them after asking them for the legal definition of a class C vehicle. No fines paid.

Fast forward about a year, and the HOA proposed a rule change. Now stating ” 3 vehicles per driveway maximum,” Since 3 is more than one, and people lack critical thinking skills, it was passed with over 85% support.

Fine. 3 vehicles it is. I did some digging and found the streets in my HOA were turned over to the city (an effort to avoid having to foot the maintenance bill I’m sure) and as such, the HOA had no authority to stop people from parking on a public street.

Now, the only vehicles that could safely drive past my home were motorcycles and the one guy with a smart car.

It was glorious. My street is the main artery into and out of the neighborhood. Lots of u-turns and backtracking for folks to get home or to work.

They are the ones who did the rest of the work for me. Complaints and calls to the HOA president resulted in another rule change vote. Now my driveway is open to any amount of legally registered vehicles. 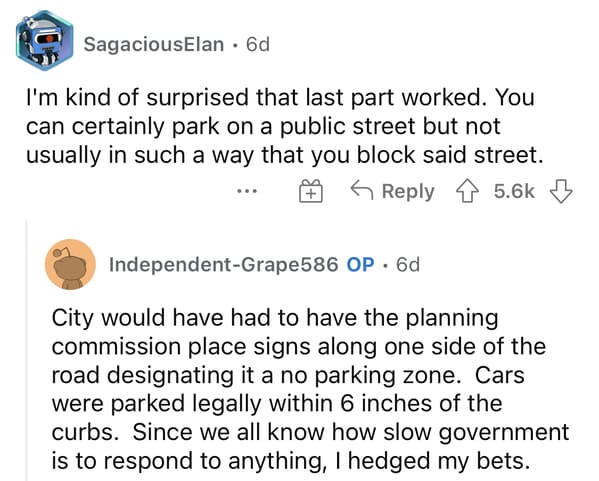 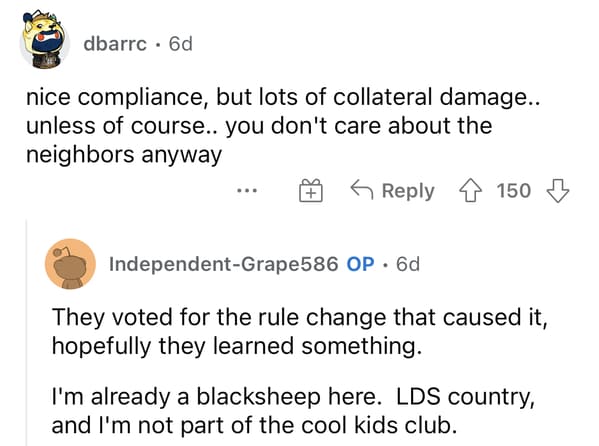 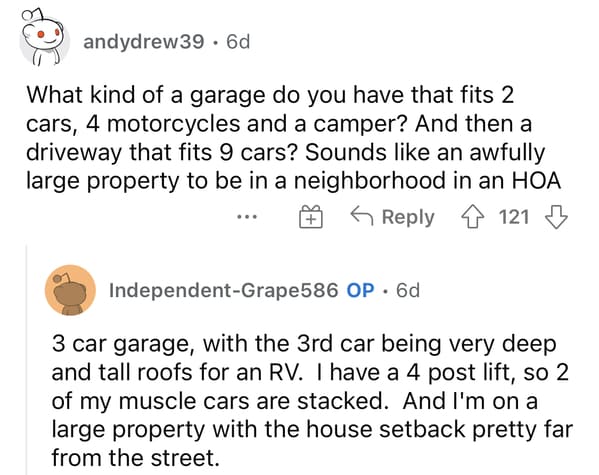 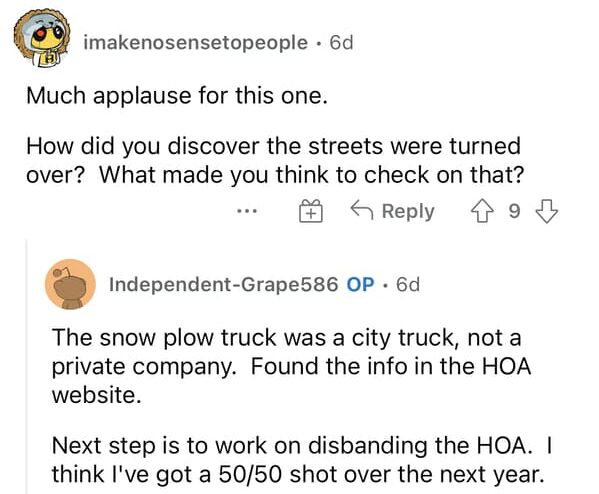 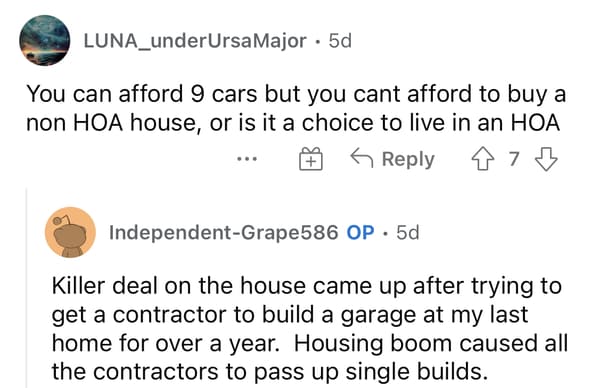 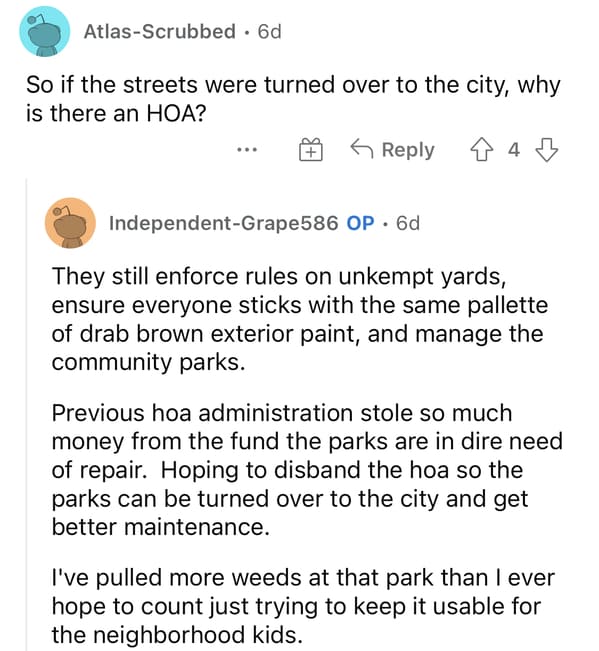 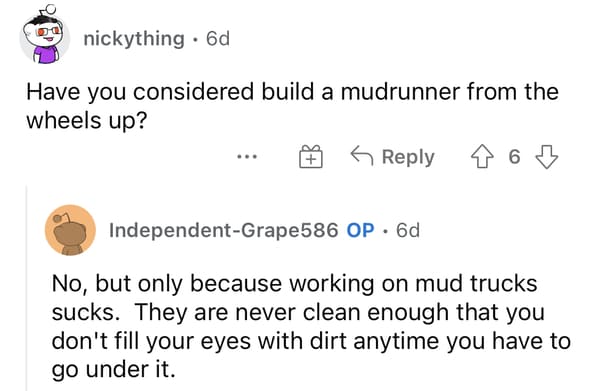 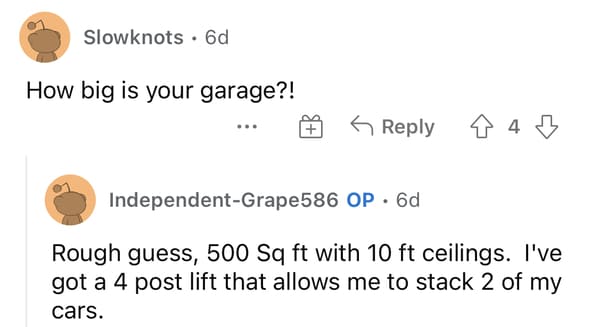 Others Added Their Thoughts And Some Shared Similar Experiences 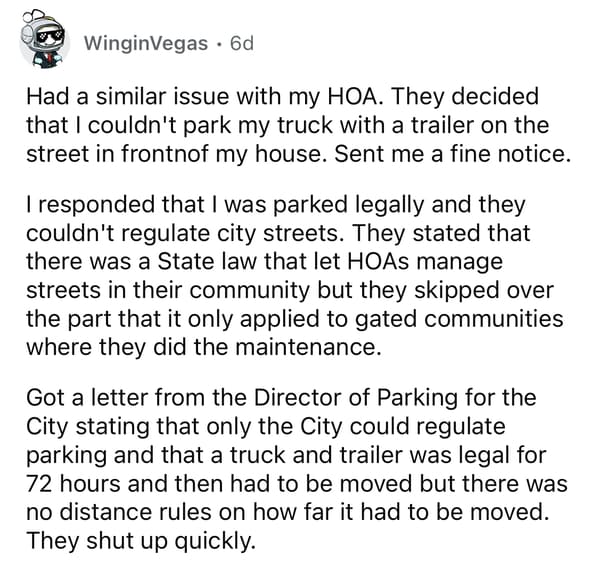