Having gone to jail (or being in jail) doesn’t mean that a person is necessarily bad. Sure, murderers are maybe not great people, but there are tons of reasons people end up in jail, not all of them having to do with something atrocious. The point of jail is rehabilitation, and once someone has served their time and been released, there’s no point holding the jail sentence against them for the rest of their lives.

But not all people feel that people who are out of jail deserve a second chance. Like this person who put a deposit down on a tattoo appointment only to later find out that the tattoo artist was formerly a felon. In a post that went viral on Reddit, a tattoo shop owner shared a text conversation that he or she had with a customer who wanted their deposit back, PLUS an “inconvenience fee” on top of that. Lol, yeah, good luck with that! 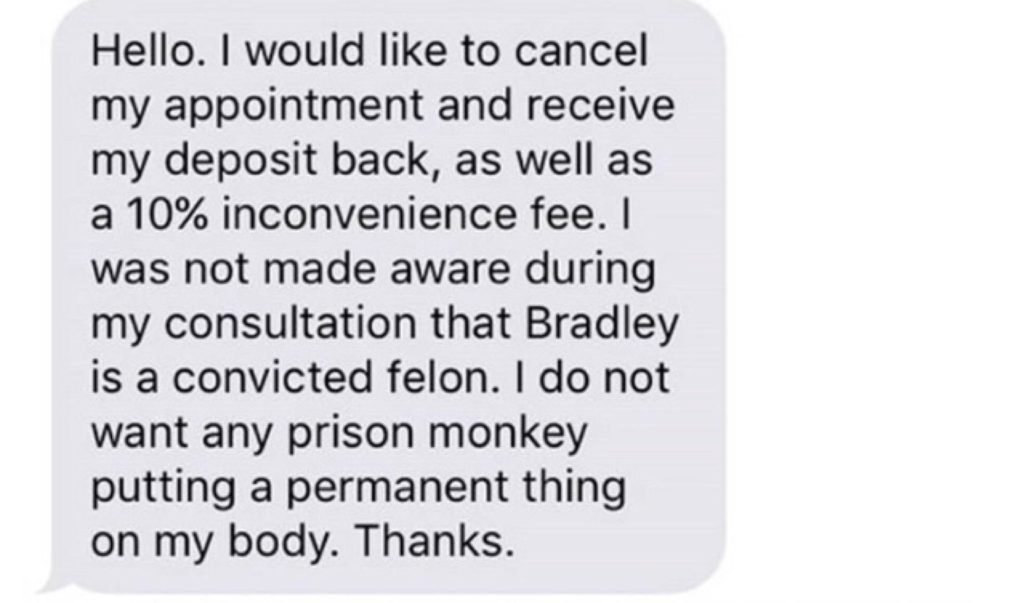 The text from the customer read, “Hello. I would like to cancel my appointment and receive my deposit back, as well as a 10% inconvenience fee. I was not made aware during my consultation that Bradley is a convicted felon. I do not want any prison monkey putting a permanent thing on my body. Thanks.”

But this person was in for a rude awakening because that is not how the tattoo business works. And also, being biased against someone (and calling them a “prison monkey,” for Pete’s sake!) for having done jail time is about as judgmental and offensive as you can get.

As you can imagine, the owner was having no part of that.

The owner sent a scorching reply that put the whiny wanna-be customer in their place. 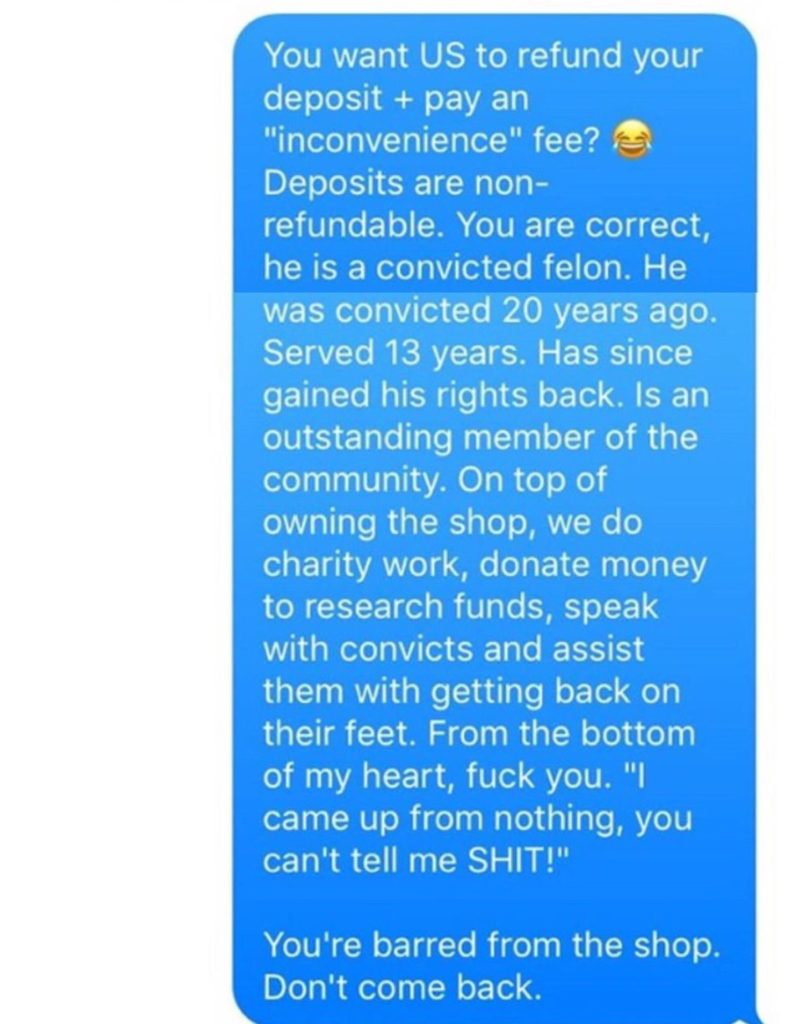 The reply from the owner read,

“You want US to refund your deposit + pay an “inconvenience” fee? Deposits are non-refundable. You are correct, he is a convicted felon. He was convicted 20 years ago. Served 13 years. Has since gained his rights back. Is an outstanding member of the community. On top of owning the shop, we do charity work, donate money to research funds, speak with convicts and assist them with getting back on their feet. From the bottom of my heart, f*ck you. ‘I came up from nothing, you can’t tell me SHIT!'”

And the best part? The owner closed with, “You’re barred from the shop. Don’t come back.”

OUCH. So this person didn’t get a tattoo from the shop, obviously, but they did get schooled in how to treat ex-convicts.