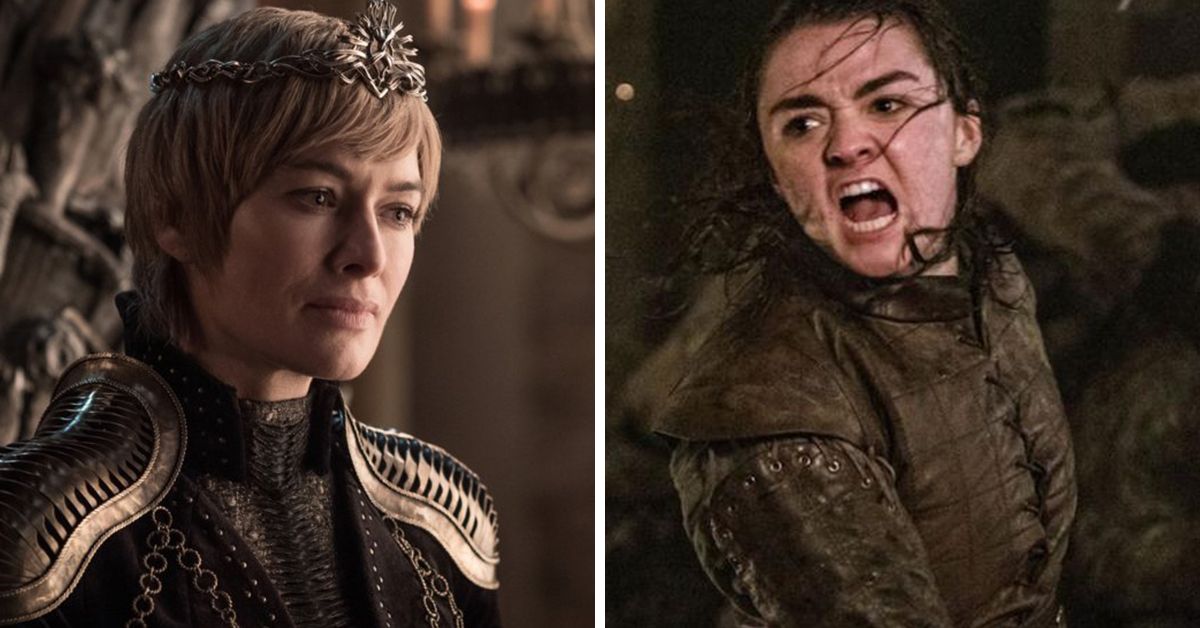 If you watched Episode 3 of Game of Thrones, you probably have absolutely no voice yet from yelling at your TV and everyone around you. Aside from the fact that the episode was dark ASF and every single one of us was going, “WAIT, DID _______ JUST DIE,” the episode was still pretty exciting.

Between the non-stop hour+ of fighting and killing each other, there were some little details that foreshadow a wild and tragic end for some in the show.

Between all the guts, glory, and zombies, therewas a moment in between the bloodshed where Melisandre and Arya meet face-to-face for the pep talk of the century. In the room after Beric so bravely sacrificed his life for Arya, Melisandre tells her: that she predicted she would “shut eyes.”

However, the significant part of the comment is what eyes she would shut.

This is a flashback to Season 3, Episode 6 “The Climb,” when Melisandre meets Arya and says the same words to her.

AHHHHHHHHH I LOVE YOU MELISANDRE AND ARYA HUHUHHHUHH #GameOfThrones pic.twitter.com/orb2imKybw

Now, of course, if you watched the entire episode, you’d know that Arya did indeed shut “blue eyes”—The Night King. In the past, she had shut brown eyes, too, as in Walder Frey—who killed a large portion of her family during the Red Wedding.

Fans are predicting that the “green eyes” Arya will shut belong to the one and only Cersei Lannister.

While fans think this theory could hold up, there is a lot more involved with it than meets the eye. In fact, looking back on Maggy the Frog’s prophecy, Cersei is to be killed by “the valonqar.” Her prophecy stated:

Gold shall be their crowns and gold their shrouds. And when your tears have drowned you, the valonqar shall wrap his hands about your pale white throat and choke the life from you.

Arya has long had Cersei on her list of names—at the top—knowing that she’s been the one behind many of the major struggles in her life. With Arya’s newfound heroism and adrenaline riding from killing The Night King, there is absolutely no denying she may go after Cersei—however, in a way, unlike her previous murder.

Some believe in order to fulfill the prophecy from Maggy the Frog, Arya will end up using Jaime or Tyrion’s face to kill Cersei—as she did with Walder Frey.

This would fulfill both Maggy the Frog’s prophecy and Melisandre’s prophecy—and, would get rid of Cersei entirely, leaving the Iron Throne open to both Daenerys and Jon, the true heirs of the throne.

People online are convinced that it’s going to happen.

Killed the brown-eyed and blue-eyed. Bookmark this tweet, Arya will kill Cersei pic.twitter.com/8ZdSTemrcQ

The fan theory where someone said Arya is gonna put on Jaime’s face to kill Cersei. pic.twitter.com/41m1YMgJtn

Arya wearing Cersei’s face after she kills her next week #GameofThrones pic.twitter.com/EGotDIYyjk

But, one fan pointed out that Littlefinger also had green eyes—and Arya already executed him.

You guys talk about Cersei being the green-eyed twat that Arya kills. Y'all remember who else had green eyes? pic.twitter.com/iQO87Etxqw

With only 3 episodes left, we’ll have to see what goes down.