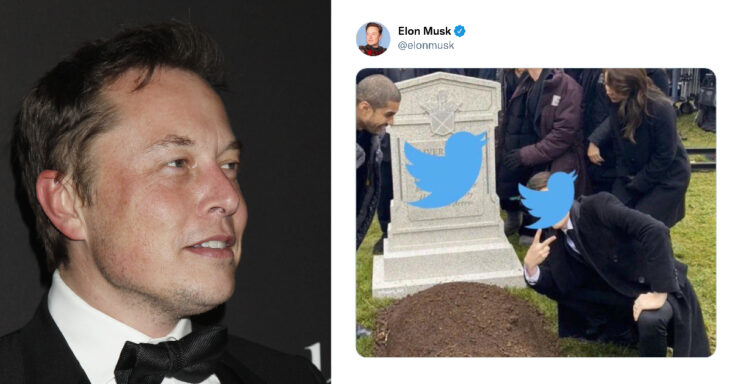 You immediately fire most of the executives (and half of the entire workforce). You unveil a new $8-a-month blue checkmark system that leads to mass impersonations of brands, which turns out to be such a disaster that some companies’ stock plummets.

And lately, things aren’t getting any better — your remaining employees are quitting in droves and you’re having to beg some of them to stay.

This isn’t too surprising, considering that you gave them a deadline of Thursday to either make Twitter “extremely hardcore” with “long hours at high intensity,” or quit.

Lots of people chose door #2. According to one poll, 73 percent of “people associated with Twitter” preferred to split.

CNN reported that “Inside the company’s Slack, a mass resignation effectively occurred after Musk’s 5pm deadline for employees to arrive at a decision passed. Hundreds of staffers appear to have called it quits.”

So, yeah. Things aren’t great at the bird house these days.

And the Twitter app itself is coming under strain; users have complained about “likes” not sticking, notifications not showing up, and feeds refreshing incorrectly, prompting a spike in visits to Twitter’s Help Page.

That brings us back to Musk. If you were at the head of such an all-encompassing dumpster fire, you’d probably be working hard to turn things around, right?

Nope. Musk has taken a different approach: posting memes. Lots of them.

What’s this, you may ask? It’s a reference to Rahul Ligma and Daniel Johnson, two “pranksters” who pretended to be fired from Twitter, even though they never worked there. (Musk loved it.)

But Musk wasn’t done! He posted another dank meme where he complained about politicians wanting more oversight of Twitter.

And there’s the ever-popular “peace sign over the grave” meme. We’re not quite sure what he’s getting at, though.

Now Musk probably is still working long hours trying to reinvigorate Twitter (and protect his investment). But it’s nice to see that he still takes time to post. Celebrities, they’re just like us!

Of course, lots of people responded with memes and dunks of their own.

That last one. Ouch. That’s the problem with being a poster: You live by the post, you die by the post.

Hopefully, Musk can get Twitter shorn up soon because traffic is going to pick up in a few days when the World Cup kicks off. And no amount of memes will change that.