When planning a wedding, you can choose to be more traditional or more personal—and you can also be downright irreverent.

A couple from Kent decided to be embrace irreverence, cursing profusely on a wedding invitation that had social media laughing at how hard they were trying to buck the “wedding industrial complex” with four-letter words.

Photos of the invitation were originally posted in the “That’s It, I’m Wedding Shaming” Facebook group and picked up by twitter account @Kelsie, where they have since been deleted. The couple wrote:

“As you know, we got f—king engaged and now we’ve got to plan a motherf—king wedding. You’re so f—king amazing, you made the cut!”

The invitation, which was bordered with a garden-themed design, featured the greeting, “Hey F—k Face” at the top. 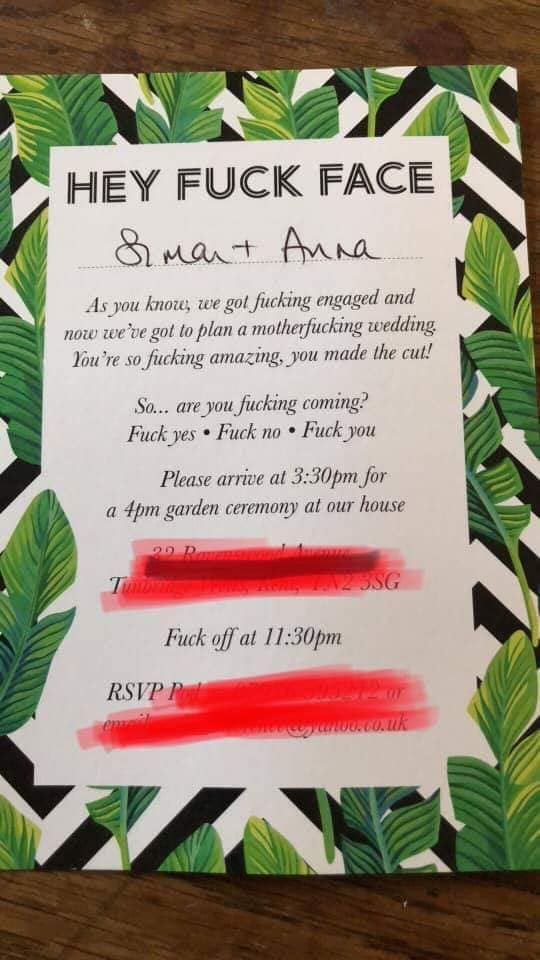 In the details section, the couple emphasized that this will be a child-free wedding: “Leave your little sh—ts behind, we want to get f—ked.” They also left guests to fend for themselves when planning accommodations: “Google it you lazy f—ks” (this is actually the correct thing to say).

As for the dress code? “Go butt f—king naked for all we care.” 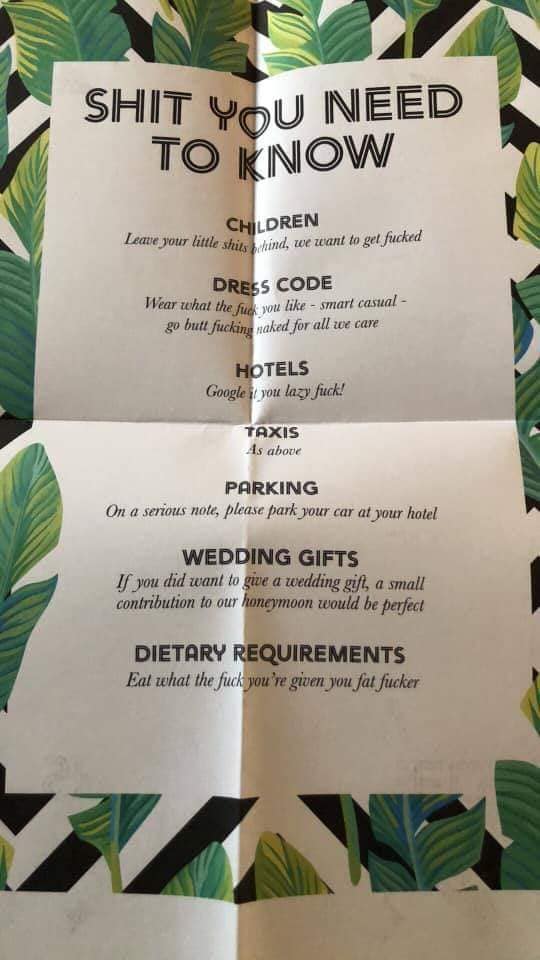 Twitter had a great time dunking the “edgy” couple.

Mrs. Betty Bowers, American’s Best Christian — a beloved parody character — noticed that the couple’s tone changed when talking about their honeymoon fund: “It’s all angry and threatening — until they get the part where they beg for money. It’s like a Baptist church.”

It’s all angry and threatening — until they get the part where they beg for money. It’s like a Baptist church.

The roasting was just as savage on Facebook, where the invitations were called “tacky” and “tedious.”

To be fair, the happy couple can do whatever the fuck they want on their wedding day. Let’s hope they stay married—I’d hate to see the divorce party invitations.