The Brief: Animal Emoji Parties began as a tweet but quickly turned into a viral meme, in which animal and object emoji are formatted to look like they are doing an activity together. 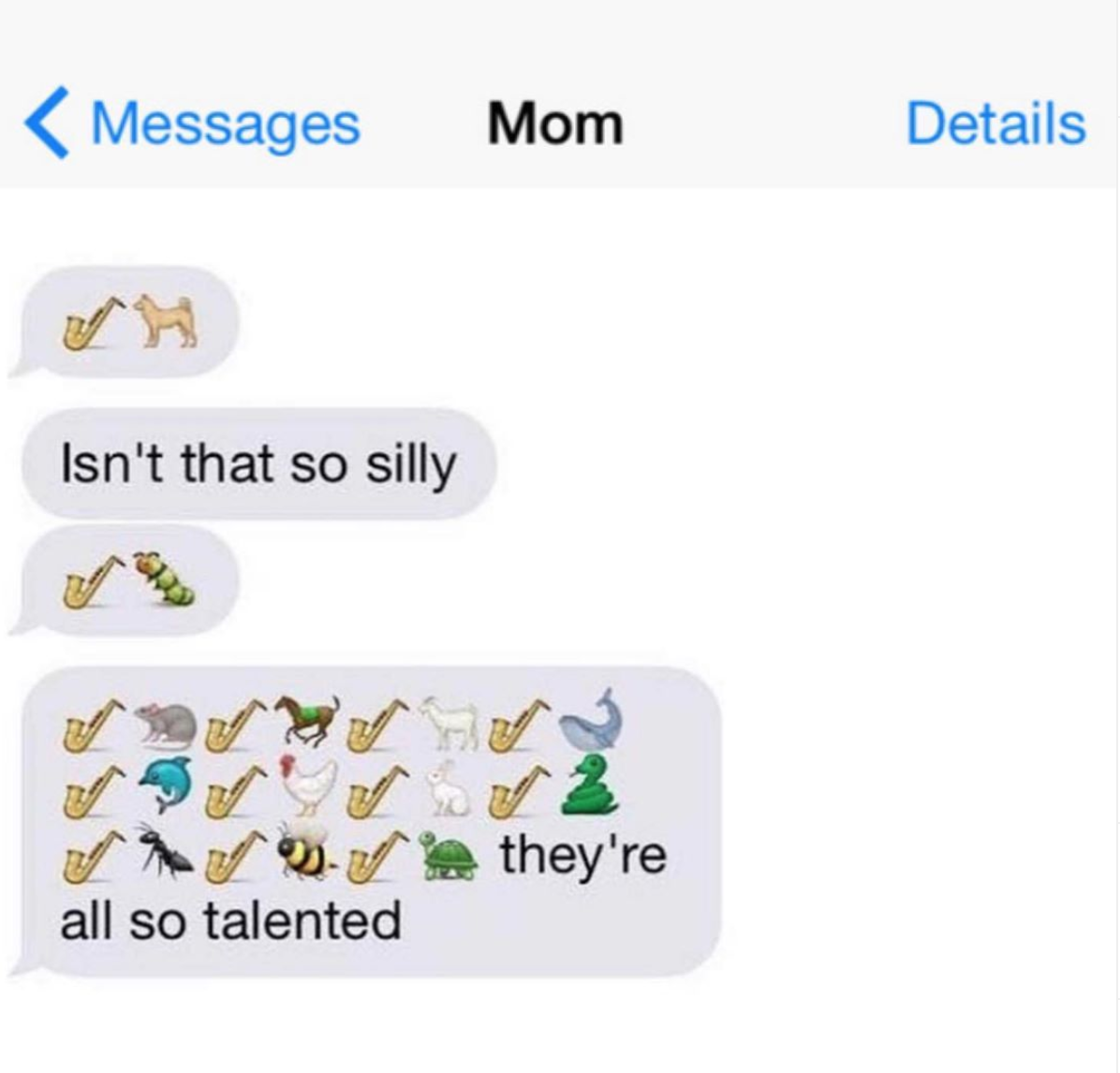 According to knowyourmeme.com, the originator of this tweet/meme was Twitter user @psthursm, who on January 18th, 2020 posted a tweet of Animal Emoji “playing in a band.” 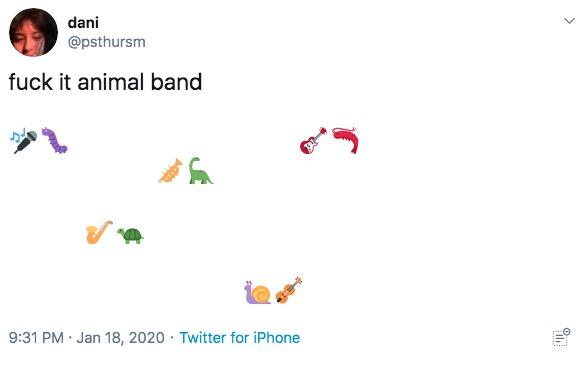 Here are 35 of the best (and cutest!!!) Animal Emoji Parties tweets:

They’re having a picnic.

they’re in a group chat

(the octopus is getting a lil cheek kiss)

Yeah, it’s a great day at the park

they’re in a gang

they’re at the skatepark