My dad was accusing me of knocking his Eagles CDs off the shelf. I kept telling him it wasn’t me. But he insisted I did it. Thanks to a picture my nephew took earlier that day, we figured out the real cuprit. #DumbestFamilyFight pic.twitter.com/n4PBxdecdf

My family once got in a two month long argument over whether Ross and Rachel were on a break. #DumbestFamilyFight

My family once got into a fight because my cousin wanted to play the BANJO at my grandmothers funeral…he only knew how to play Mary had a little lamb. #DumbestFamilyFight

On my Dad’s deathbed he said he was thrilled I was in a new relationship with Kevin, My mom then told my Dad that my new man’s name was Oliver…..then I had to tell him it was actually Trevor #DumbestFamilyFight

My dad discovered I hadn’t returned a book to the library. This escalated into a huge arguement as he was convinced it would affect his credit score because my library card was still registered at his address.#DumbestFamilyFight

As a child I got into an argument with my dad because I did not understand that Harrison Ford could be both Han Solo AND Indiana Jones. I actually told him he was too old to understand how movies worked. #DumbestFamilyFight

The first time I had Easter at my wife’s parents house we made cookies for all of her nephews. To avoid making a mess we ate them outside. My father-in-law found out and started yelling at us because he didn’t want the us getting crumbs all over his grass. #Dumbestfamilyfight

Sooooo I accidentally told my family that my aunt had died when she hadn’t. I had bad information. The arguments that ensued will be talked about for years. She did end up passing away about 24 hours later. My family thinks I’m going to hell 🙈😎@jimmyfallon #DumbestFamilyFight pic.twitter.com/WYbAHbE6RB 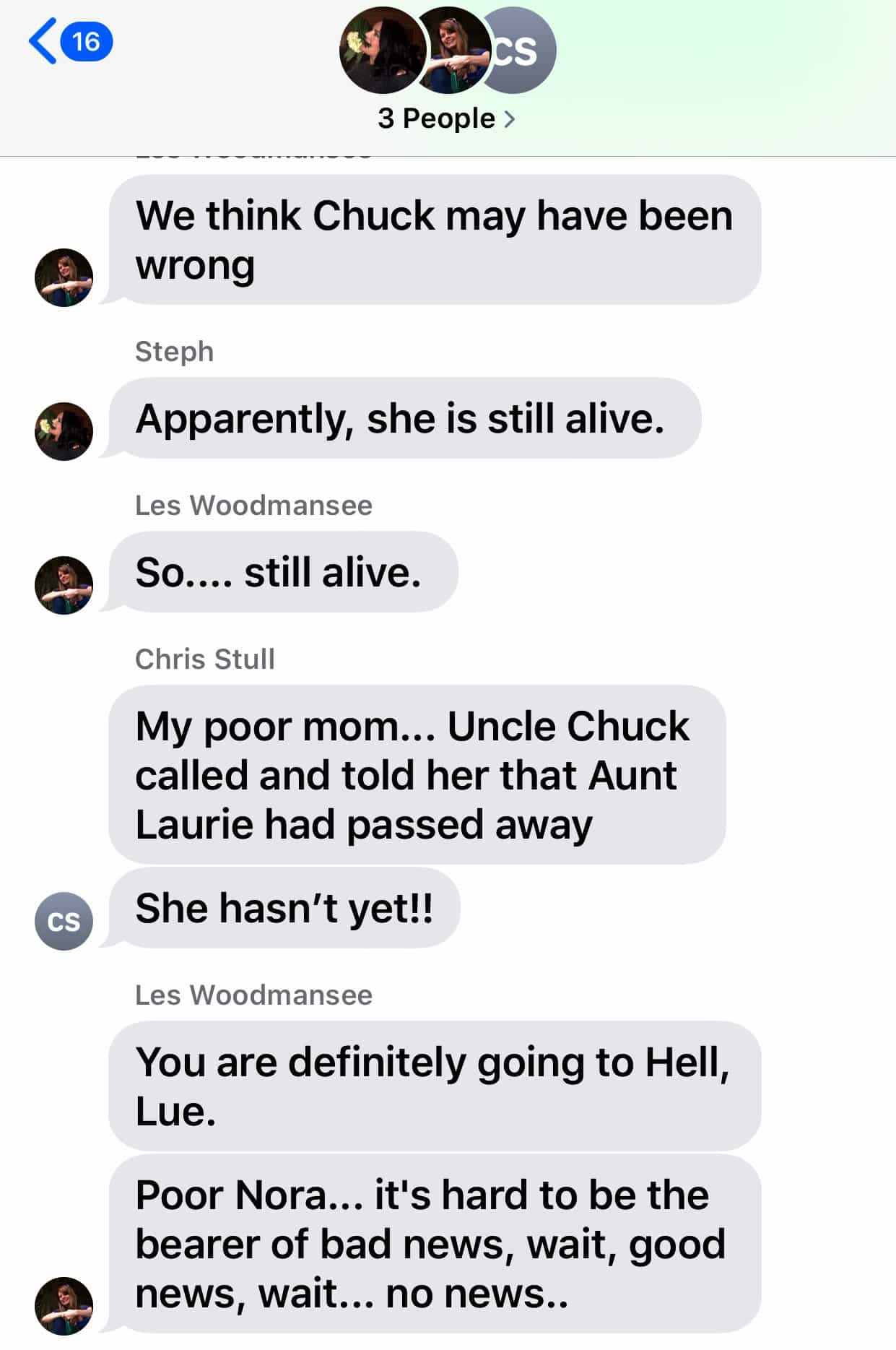 We’re only allowed to refer to this as the “downstairs” couch, because no one can agree if it’s green or blue. (It’s green) #Dumbestfamilyfight pic.twitter.com/PdIoNVfXsX