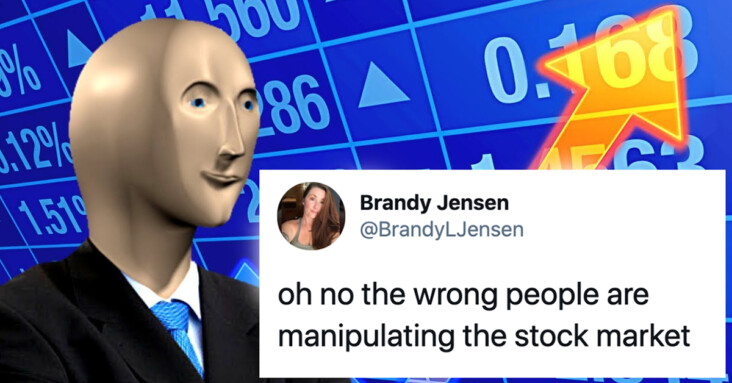 If you don’t understand what’s going on with Wall Street, Reddit, and GameStop, I’m happy to explain it. Investors who like to guess which companies are going to fail bet against them by “shorting” the stock. They sell a security in the hopes that they’ll be able to buy back the stock at a lower price and make a profit. If you have a short position on a company that’s worth $10, when you buy it back for $5, you end up netting $15. I think that’s right. I’m not a CPA.

“Shorting” is usually a short term practice. You guess that Amazon is going to have a bad couple of months, you short the stock with a million dollars, you make a couple hundred thousand dollars when you get out. Amazon doesn’t go anywhere. We all still get packages a day later than they promised. But a guy who gambled on their failure that month makes a bunch of money. Not enough for a yacht, but maybe enough for a houseboat.

Stay with me. This is where it gets fun…

Now, imagine a group of investors with billions of dollars short a company that they believe will go to absolute zero in the coming months. Seems obvious this is a smart investment if you know something will fail. A bunch of people with lots of money shorted GameStop, a company that is best known for buying your entire childhood’s worth of Super Nintendo games for $14.86.

The only problem is… GameStop’s stock went up. Way up.

So, if GameStop is reselling broken controllers and Funko Pop dolls, how did its stock surge this week?

A bunch of Reddit users on r/WallStreetBets (a subreddit that is now private because too many normies jumped in to ruin this project) decided to throw as much money at GameStop as they could. This created a squeeze. The stock went way up and anyone who had shorted the company got rid of their short positions before things could get worse for them.

At the same time last year, the stock was hovering around $4. Today, because so many people threw money at it in the same week, the stock is now worth $365. Great news if you invested in GameStop a year ago. Bad news if dropped a lot of money betting it would fail.

The people who bet on GameStop failing through short positions lost a total of $5 billion this week.

And it was all thanks to a website famous for posts like “AITA for telling my parents to ‘get fucked’ when they said something racist?” The Redditors mostly did this because hedge funds like Citron are their sworn enemy. They found out the fund had shorted some companies and said YOLO, put it all on red. The people of Reddit won this round.

Now that you understand all this Wall Street stuff, it’s time to laugh about this crazy moment in history where a bunch of shitposters actually change the rules of Wall Street. Good for them!

Here are the funniest tweets about Reddit taking on Wall Street by saving GameStop, AMC, and other companies: 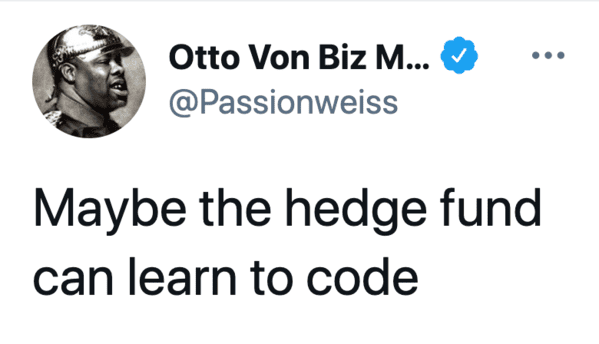 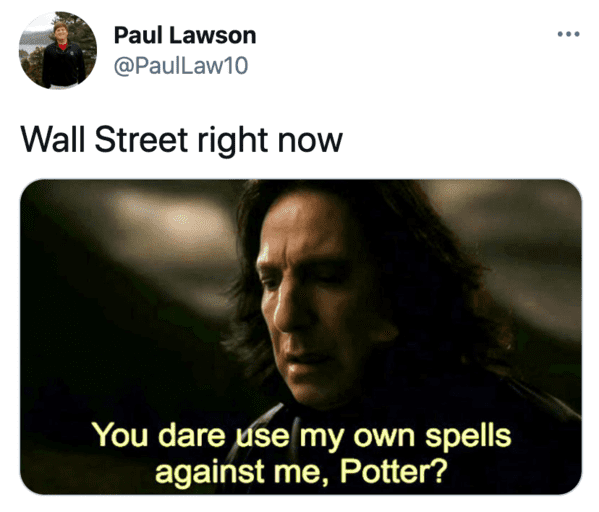 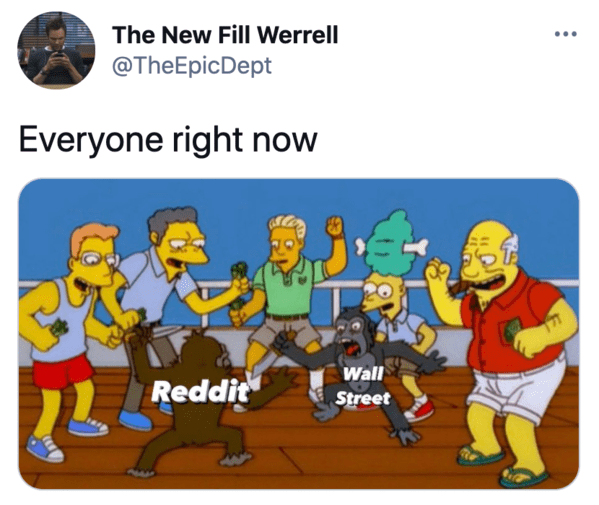 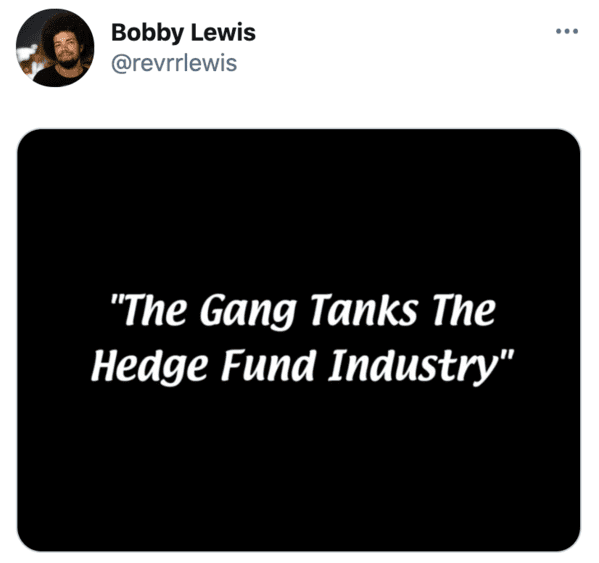 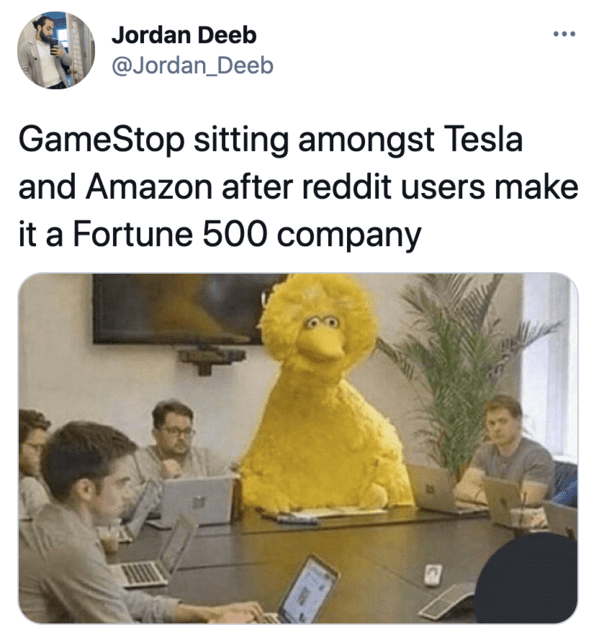 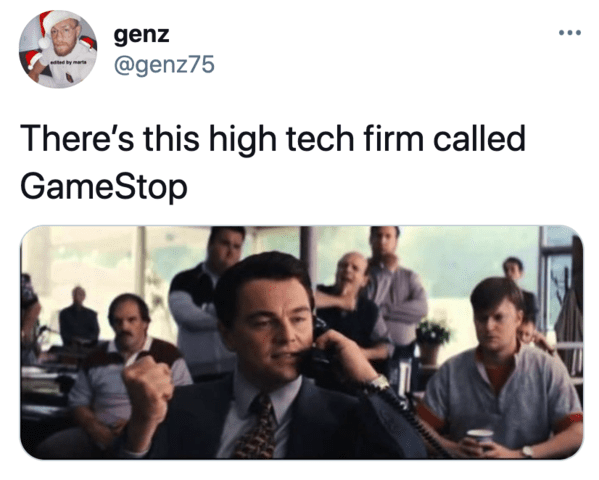 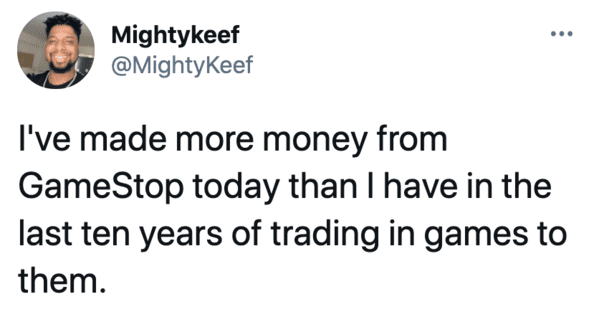 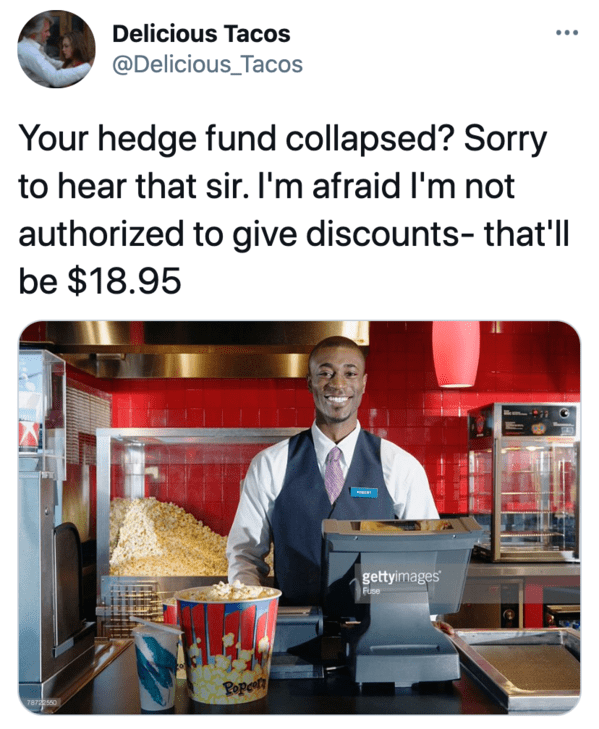 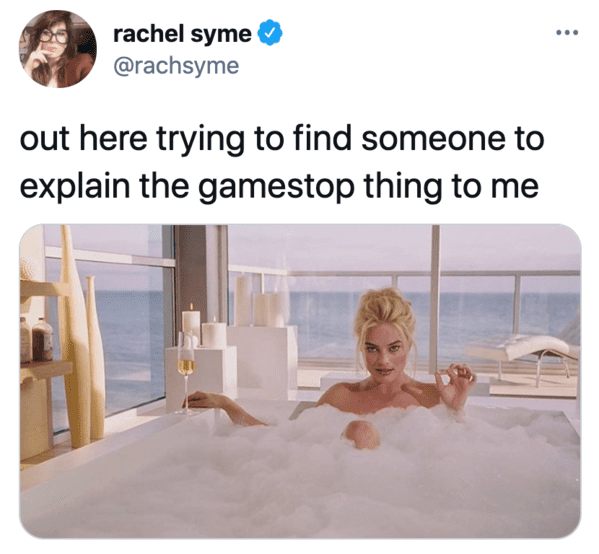 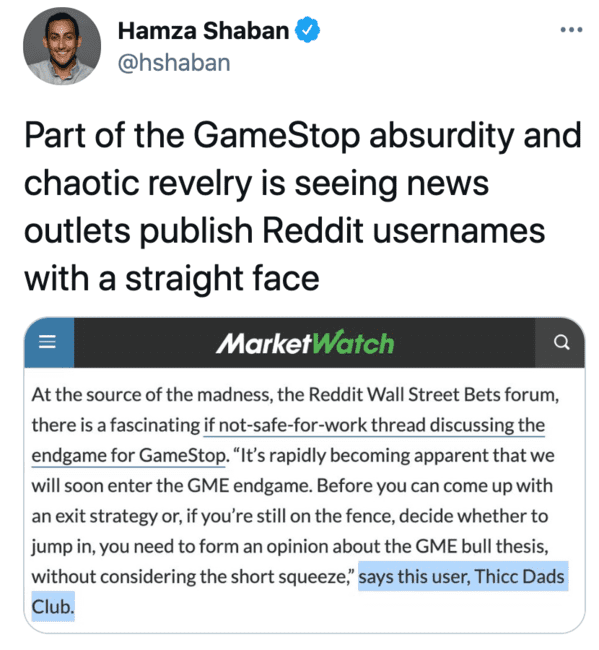 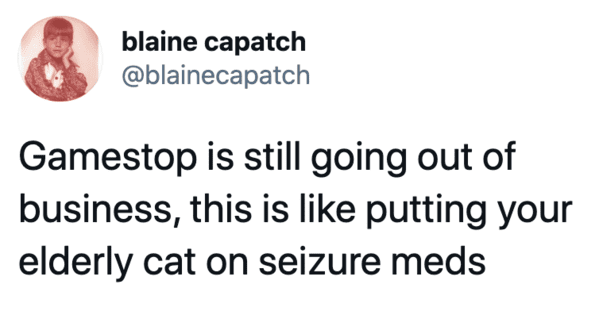