Are you the type of person who gets excited about meals scheduled in the distant future? The type of person who has their final death row meal all buttoned up? The sort of individual who could never be in a relationship with a person who doesn’t enjoy food as much as you do, simply because the amount of joy it brings you may be slightly embarrassing?

If so, you’ve come to the right place. 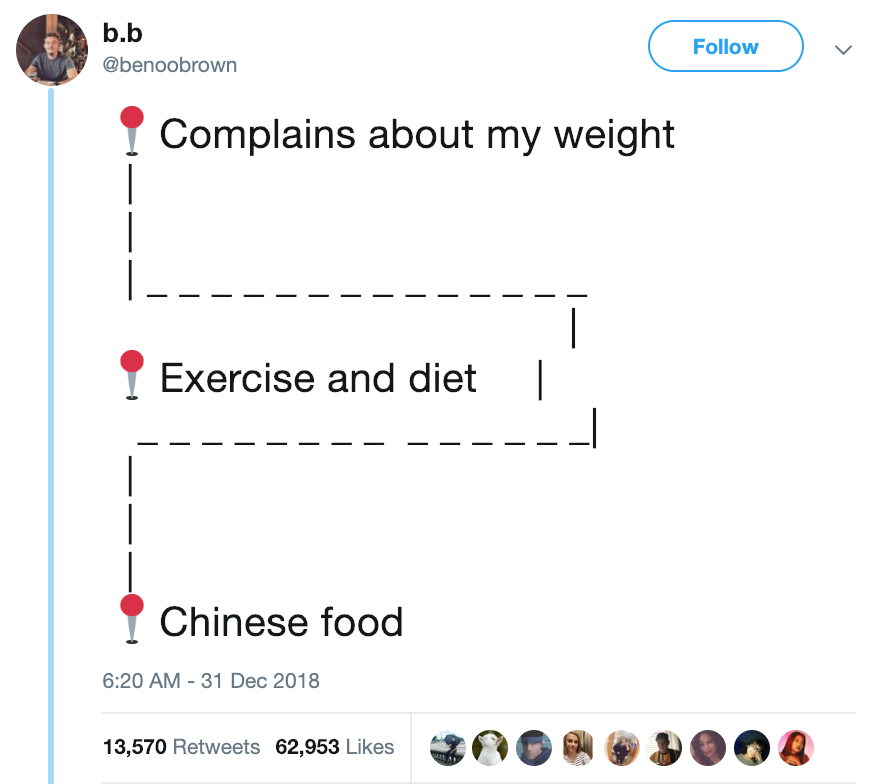 ranch is by far the best/most underrated condiment out there.
hear me out:

When you put rice and chicken on your fork and the chicken falls out and you swallow just rice https://t.co/Jo0oUr7Gjr

Keto Diet’s cool but have you tried the Cheeto Diet?

Tinder but it matches people that don’t know what they want for dinner with people who will decide what they get for dinner.

my daughter really fought me over a damn chicken wing pic.twitter.com/RGd510q3m5

before i eat vs after i eat pic.twitter.com/qBpHAMFIL2

You know she comfortable around yo ass if she eat like this in front of you pic.twitter.com/9JJ2Pd4Ujw

types of people you shouldn’t trust:

“I need to lose some weight”

This why u can’t eat at everybody house! 🤮 https://t.co/yfygMWB0dw

I left my car unlocked for 10 minutes to go tanning and someone stole my KFC. They left my wallet…but stole my chicken…

Tonight I picked up a group of girls at Pumphouse for Uber.. I try to accommodate by bringing some McDonald’s chicken nuggets for people to eat. Well.. long story short I made this girl cry because she apparently “Loves nuggs with all of her heart!”

My favorite part of going out to eat is acting like I’ve never met food before. Bread?? Complimentary? On my table?! How exotic. How fucking foreign. Brëd? Bręæd? Is that Latin? Nice to meet you.

If we shouldn’t eat at night, why do they put a light in the fridge?

At what point do you stop using “it’s the holidays” as an excuse to keep eating?

This would be a dope ass Valentine’s Day gift pic.twitter.com/jE99n90OfG

When your order number is 59 & they just called 43 pic.twitter.com/RYbhwBfOd1