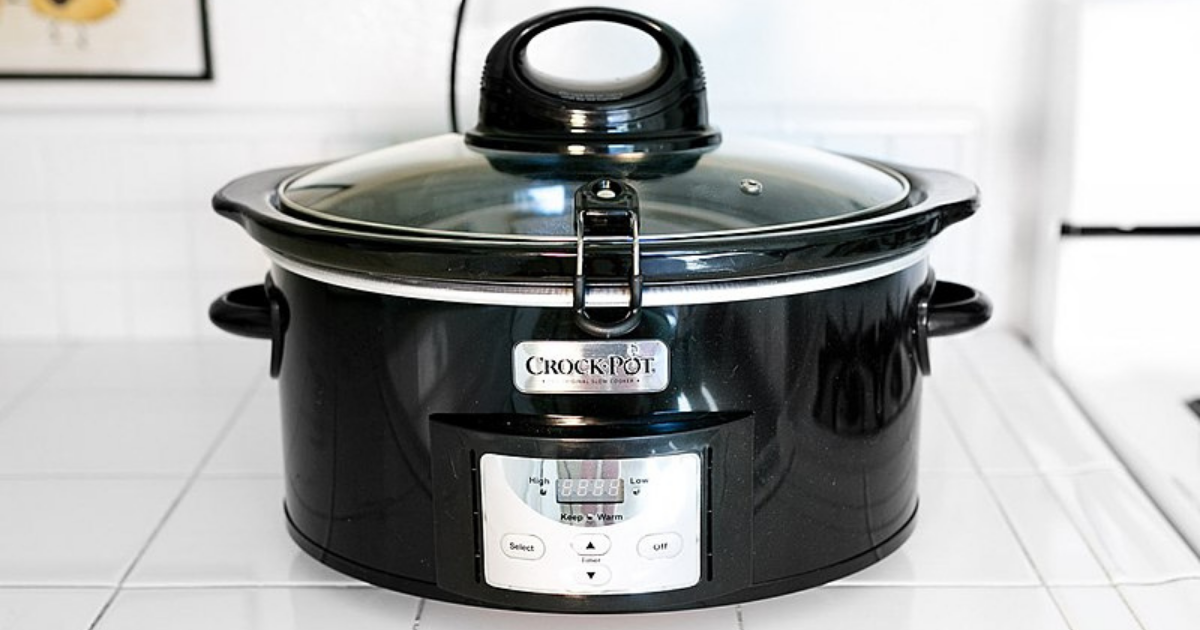 Facebook groups are a great way to connect with people who have similar interests. Communities are built around literally anything and everything you can think of, including a group where all members pretend to be baby boomers. There’s a place for everyone! Even for crockpot enthusiasts! 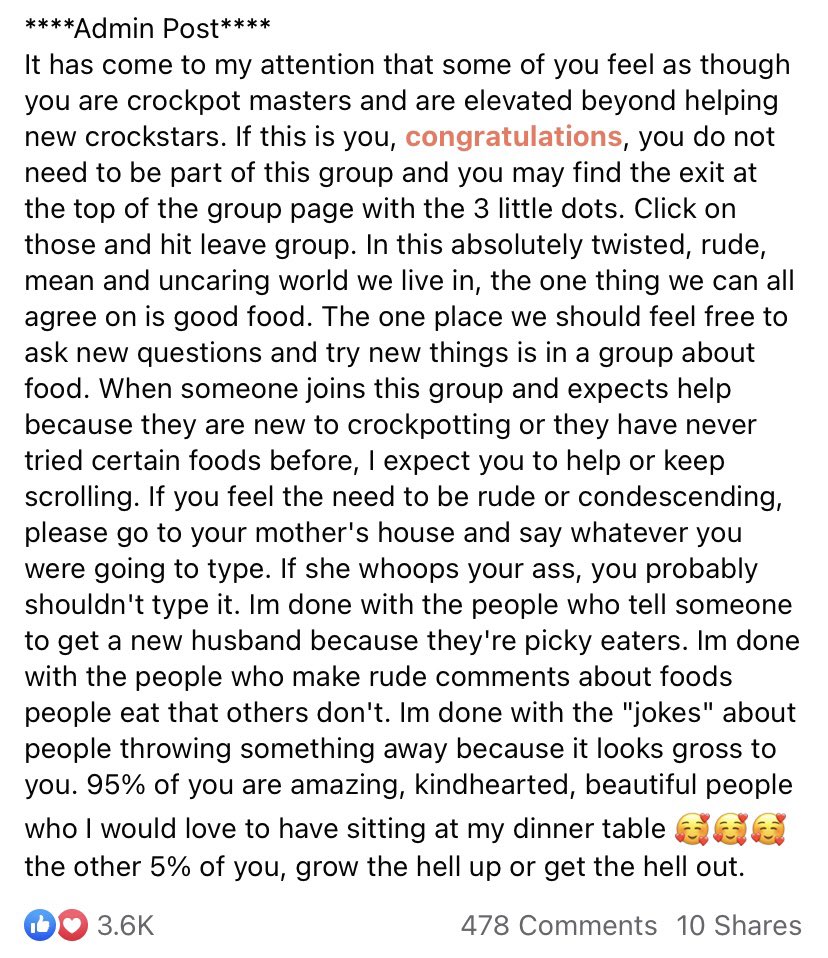 Hollowell uploaded a screenshot of the post to Twitter, and the group’s message went viral. So viral that the admin was interviewed by The Cut. We soon learned the admin is Amberly Graves, a 35-year-old mom who was just tired of seeing negativity. She referenced a recent post where people mocked a member’s husband for being a picky eater and said that was the last straw. Her goal with the page is to make people feel welcome and comfortable.

“I love this group so much. It’s so important to me,” Graves told The Cut. “It’s a safe place to be able to make mistakes, to be able to fail and have everybody pick you back up.”

Graves expected backlash, however, she says there has been great feedback and support from the group. Plus, the post did give us some well-intentioned laughs. Here are a few Twitter users who especially loved the Facebook post.

The best online drama is drama in niche interest Facebook groups. (By best I mean this is exactly why I left the Australian cattle dog group.) https://t.co/16vyvyI2bR

Wherever more than two humans exist in a space there will be strife.

I really want to be called a crockstar

I need to steal this line at every opportunity

Love when the niche group is full of messy bitches who love drama https://t.co/ex8Q04jfou

(And over a cliff. And caught fire.)