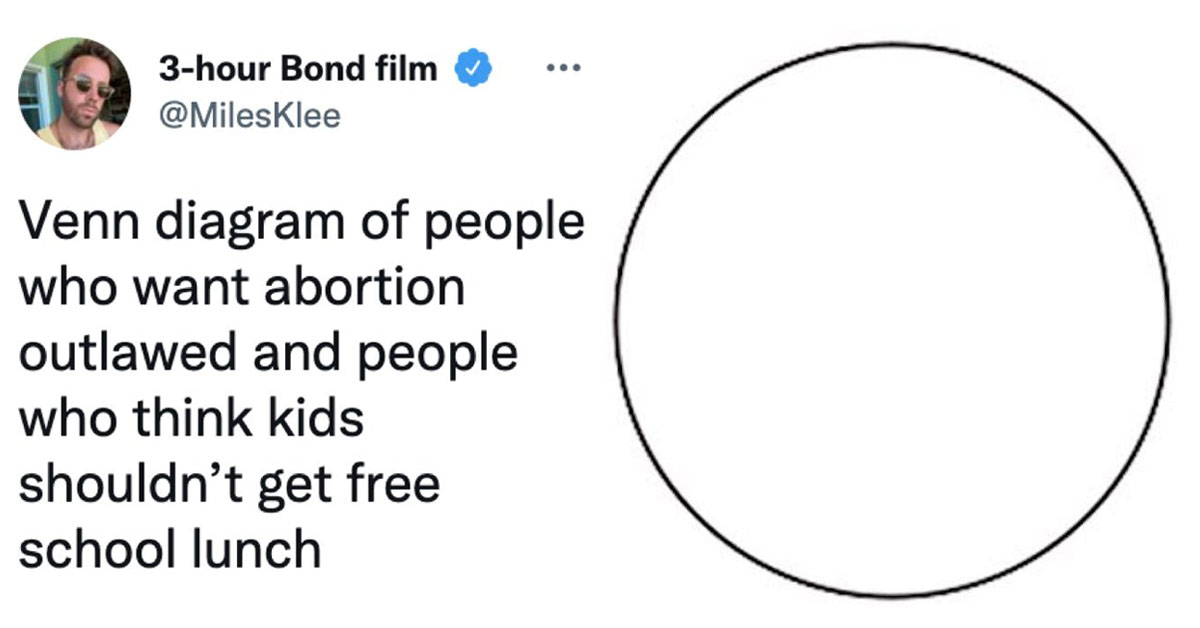 This week, the state of Texas outlawed abortion after six weeks, which is essentially outlawing abortion. After missing one period, a person is considered four weeks pregnant, so by the time someone even knew their condition, it would be too late to seek an abortion if they wanted to in the state. The law also allows private citizens to sue anyone in civil court for $10,000 if they are convicted of abetting an abortion—that includes someone driving you to the clinic, even an Uber driver.

What’s worse, the Supreme Court has refused to block the ban, though it violates the constitutional right to an abortion under Roe v. Wade, The Washington Post reports. Many people have noted that this abortion ban will ultimately only affect the poor because rich people always have access to the medical care they need.

The rage over Texas’ six-week abortion ban is real and it is loud, and a lot of it is pouring out on Twitter.

Here are some of the most intense responses on Twitter right now: