People are discovering the existence of a 300-million-year-old species called urechis caupo in Latin or fat innkeeper worms in English or “pulsing penis fish” on the Internet, after the New York Post reported on their sudden reappearance on Drakes Beach, a shore in California that is currently awash with d*ck fish. 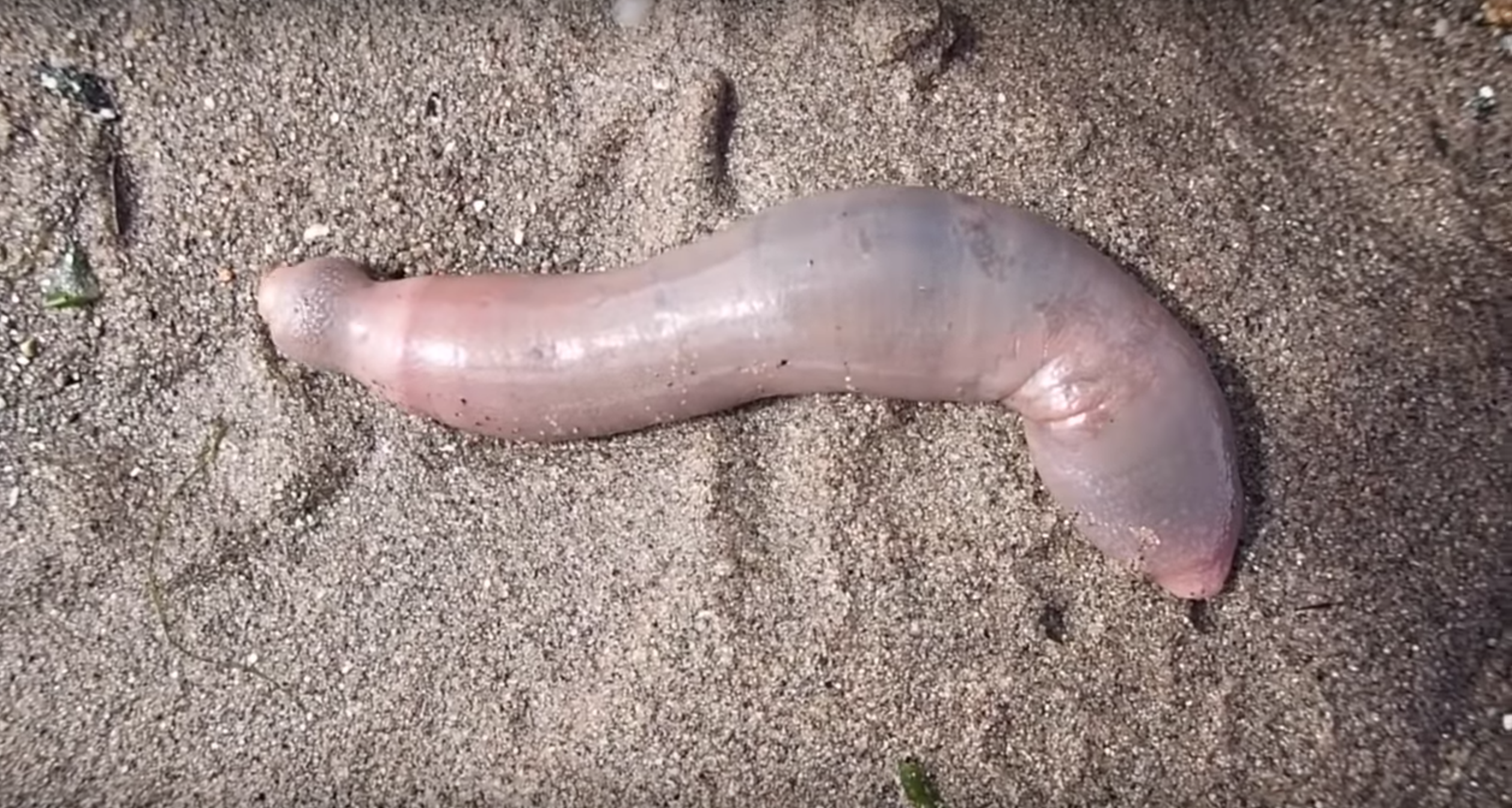 The story was originally told by Ivan Parr for Bay Nature, a naturalist who explained why the beach was absolutely littered with what appeared to be severed penises. Rarely has the general populace been so interested in news about bays, yet here we are. Parr is a biologist from the Western Section of the Wildlife Society and explained that these worms typically burrow into mud or sand underwater, but a storm likely pushed them ashore, turning it into a nude beach.

“I’ve heard my share of imaginative theories from beachcombers, such as flotsam of a wrecked bratwurst freighter,” Parr writes. He explains that they’re actually on the loose because the sediments they typically live in were probably broken apart during a hurricane or some other weather event.

Here’s a paragraph about the function of the worm, which can apparently live up to 25 years, which makes it seem even more like a penis, if that’s even possible:

When the tide is in, the worm slides up to the chimney of its burrow and exudes a sticky mucous net from a ring of glands. Sometimes you can see these mucous nets, looking like decaying jellyfish, draped around the burrow entrance. The worm continues to secrete as it slips lower into the burrow, generating a slime-net that stretches from the chimney to the worm’s mouth. Using contractions (peristalsis) to pump water through its burrow, the worm sucks plankton, bacteria, and other bits into this net. When, like any vacuum, the net gets clogged, the worm slurps it all back into its mouth, taking in the particles it wants to eat and discarding the rest into the tunnel.

Yeah, “when the tide comes in” is when things tend to get messy. And here’s a video of one in action:

To top this all off, they’re also edible! They even make a great sashimi. Get a slice of this penis fish raw!

People are making all sorts of jokes about this species that will likely outlive humanity, and some of them are pretty good:

God needs a new design team they’ve been mailing it in up there for a while now https://t.co/whb35mW3R2

They found one of Maurice the Hormone monster’s penises live https://t.co/JtFVfLLDrb

Little moran poking at the sand at a beach : save the sea worms… save the sea penis worms 🥺🤲 https://t.co/ZzwvRETRIZ

We’re sending over a team of experts to help!!! Sit tight! https://t.co/TBCmjWb6d0

why name them ‘Penis Fish’ when they could be called ‘Cock-to-Puss’ https://t.co/GIUb6Oo04r

I was ok living without knowing penis fish existed. https://t.co/dAGApWbju9