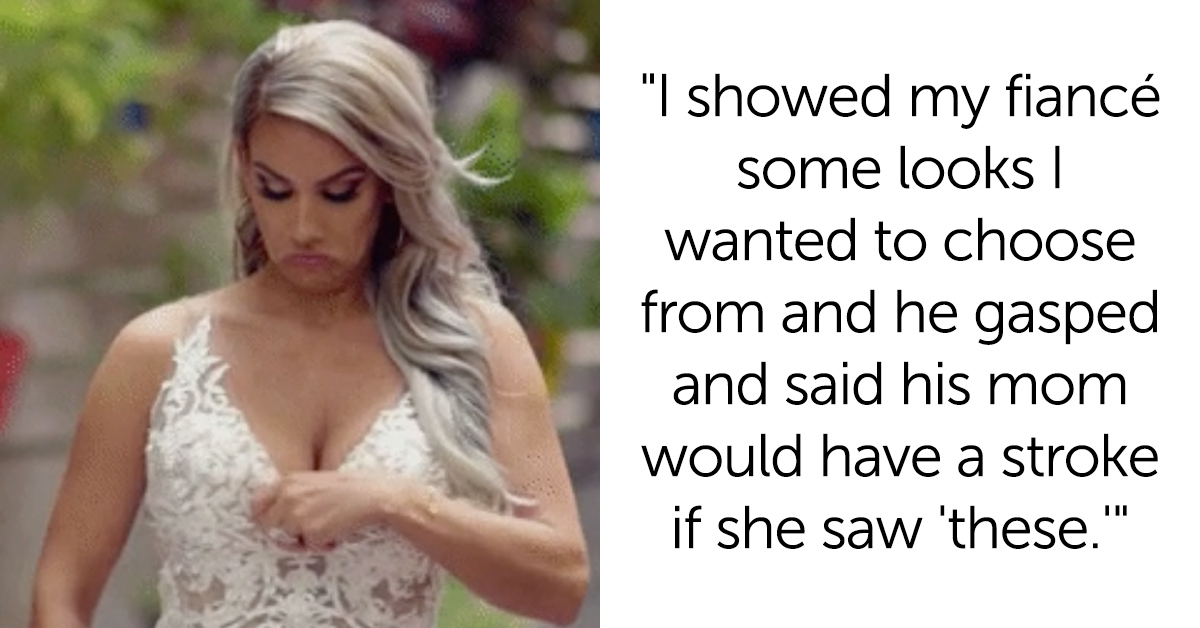 I honestly cannot believe the nerve of some people regarding weddings.

Take u/Lth35467, who had to ASK A REDDIT FORUM if she was wrong “for calling my Fiancé’s delusional for wanting me to let his mom pick my makeup/look for the wedding?”

Like, what? No, of course not? Here’s her story.

OP explains that her fiancé comes from a conservative family (run, girl) and his mom wants to oversee the wedding.

My fiancé and I are getting married. He comes from a conservative family and his mom has been up in the wedding planning posing as “supervisor” to oversee and to “catch & elminiate” anything that could be seen as “offensive”.

There has already been a dress FIASCO about how much skin OP showed. So the makeup was bound to be a problem.

After the wedding dress fiasco (I was told to get a dress that wasn’t showing too much ‘skin’)…came the makeup issue. I showed my fiancé some looks I wanted to choose from and he gasped and said his mom would have a stroke if she saw “these”.

Surprise! It was! This mom wants OP to wear pretty much no makeup at all. OP said no.

I in frustartion asked what should I do and next thing I knew but did not expect was for her to send me “looks” of models with almost no makeup or light makeup. No eyeshadow, no glowly lipstick just…plain look. I refused to choose from any of her suggestions and we had an argument.

The fiance is firmly on his mother’s side and told OP she was making them look like “clowns”. My god.

My fiancé came home and argued about how I’m planning on humiliating him and family at the wedding by wanting to look like a…”clown” and make a joke out of BOTH of us. I snapped and called him delusional to think I’ll let his mom get a say in what makeup I should wear since it’s my face. He said there’s no such thing as “mine” and “yours” in marriage and that I’m clearly too “immature” for it.

He is now AVOIDING OP, mature, and she’s left to wonder if she was out of line.

He has been avoiding me while saying “you know why I’m avoiding you…” and his mom sent a text about how she has my best interest at heart.

“Do.Not.Marry.This.Clown. Ever, under any circumstances. Love yourself enough to recognize abuse. This is 100% the start of a very bad story. You will regret the ending,” wrote another person.

Another warned, “NTA. Run like Usain Bolt and never look back. If you cave on this, next it’ll be “she’s the grandma she has a say in the baby’s name”, “she’s MY mom she should be in the delivery room”, “my mom thinks that grammar school is better.”… it will never end.”

A third commented, “A lot of the time Reddit is all about the advice of “get out while you can”, even when it seems like a small ordeal/miscommunication. But think you’re dead on the money with this. Dude needs his mommy’s approval on his soon to be wife’s makeup, he’s going to need it on everything else moving forward.”