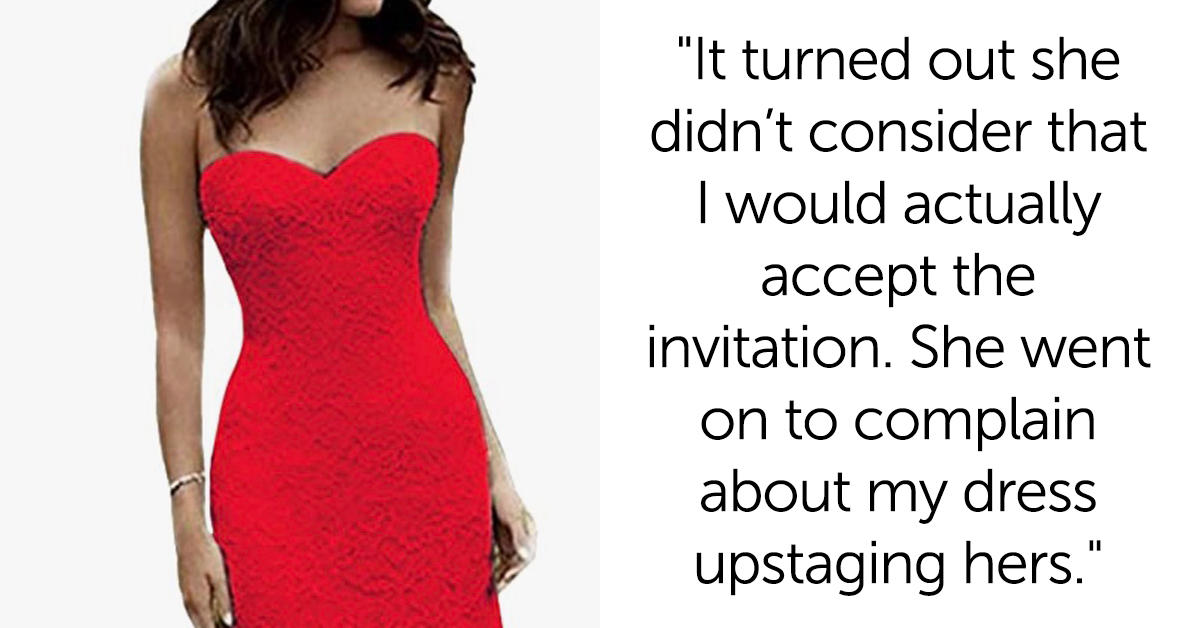 Some conventions at (American) weddings are pretty standard; one of them is the very simple — do not wear white to a wedding.

Not so for u/closureseekingex who recently asked Reddit if she was wrong “for showing up at my ex’s wedding in a pretty dress?”

The original poster explains that she and her former spouse divorced amicably. He is now getting married to a new woman, who OP likes.

My ex and I had an peaceful divorce. We co-parent our 3 children together and there haven’t really been many issues. My ex is getting married to Stephanie. I like Stephanie she has been great with my kids and makes my ex happy.

OP’s ex invited her to the wedding, but the bride brushed her off when OP arrived.

My ex invited me to their wedding and I was happy for him. It was my day with the kids so it made sense for me to come was his reasoning. When I arrived at the wedding Stephanie thanked me for dropping the kids off and brushed me off. We had never had any issues before.

It came to light that the new wife wasn’t aware of the invite or didn’t think OP would accept; OP explained that she was invited and RSVP’d yes, so she was staying.

I explained that I was going to stay for the reception and she was very upset. I was confused because I assumed she knew I would be in attendance. It turned out she didn’t consider that I would actually accept the invitation. I told her that I was invited and since I took the 2 hour drive I would be staying for the entire duration. She didn’t like this response.

The wife asked OP to leave and then complained about OP’s outfit upstaging her. It didn’t end there.

Stephanie asked me to leave and I stood my ground. She went on to complain about my dress upstaging hers. My ex and former mother in law helped her to calm down and the wedding shortly began.

The new bride accused OP of trying to ruin “her day” and OP was confused.

I thought that was the end of it, but later in private Stephanie accused me of trying to ruin her special day. She is convinced that I wanted to show off and make the wedding about my divorce. She said it was rude for me not to leave after the bride requested it because it was her special day. I told her that I am not responsible for her insecurities and once again reminded her that I have no interest in ”stealing” my ex back.

Edit: the dress is posted on my page and since this is a throwaway i don’t remember the random password i typed up. i will also be active on u/closureseekingex2

You might be thinking: this is not a big deal. OP is not the asshole. WELL FOLKS… here’s the dress:

Some Reddit sleuths also noticed that OP “had bragged on r/trueoffmychest about upstaging the bride at her exes wedding.” So, uh. Yeah. She’s the jerk.

Others said, “After seeing the dress, YTA. That dress is too much for a guest at a wedding. Way too bright and unless this was a super elegant wedding, too much. I doubt too elegant as you said barely any dress code was given besides no white.”

Another was agog: “She literally wore a wedding dress.”

Someone even changed their vote after seeing the dress, “saw the dress posted, changing this to YTA. That dress was entirely inappropriate to wear as a guest to someone’s wedding and the bride was right to call you out on it.”