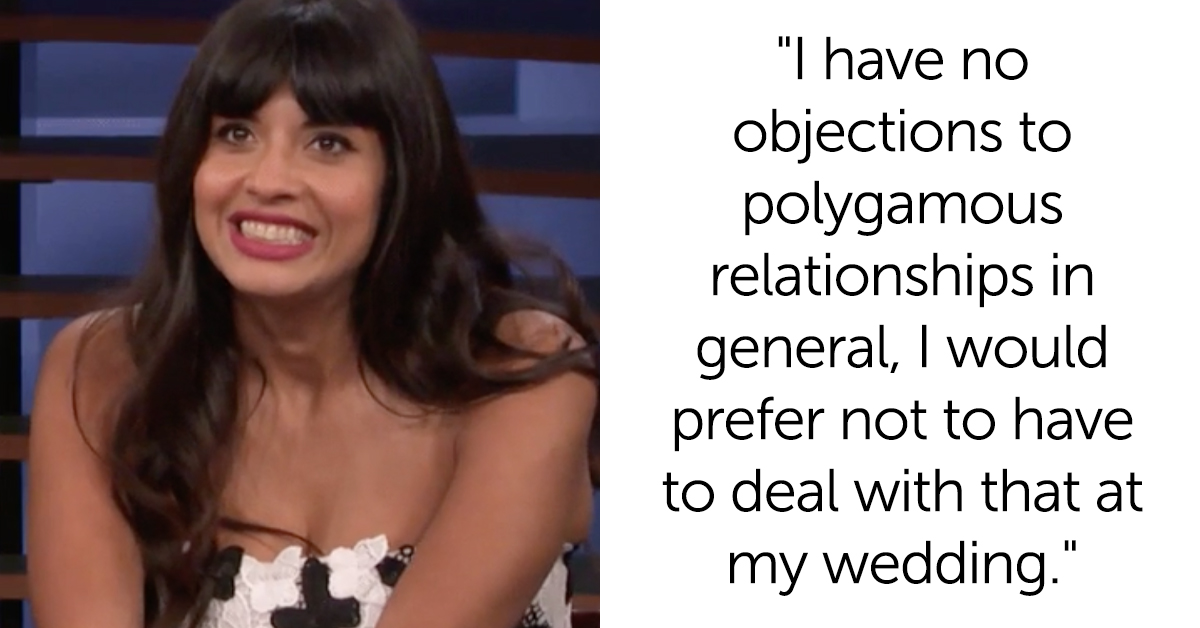 Oof, this AITA is hard.

Redditor u/Zealousideal-Pin5826 tells a story on Reddit’s famed AITA sub about her parents that I cannot imagine people would think she was an asshole for doing. Simply, OP wonders “AITA for excluding my parents’ throuple partner from my wedding” and I have to say, as someone who loathes how selfish weddings are, I just don’t think so.

OP explains that her parents did not raise her; her grandparents did.

I (27F) was raised by my maternal grandparents. My parents (M46, F56) are “free spirits” that didn’t want to settle down and raise a child.

She saw her biological parents less and less often, then eventually not at all.

Whatever. I saw them every few months when they would come by. Eventually they stopped coming. I didn’t miss them. My grandmother and grandfather were my parents.

OP invited her parents to her wedding as guests because her grandfather asked her to.

I am getting married in March and my invitations have all gone out. I invited my parents as guests. They are not part of the wedding or anything like that. I wasn’t going to invite them but my grandfather asked me to please let my biomom be a part of my day.

When she spoke with her biological father, he asked for a plus one on their invite. OP figured he’d had another kid…

About a week ago I spoke with my biodad. He wants a plus one on their invitation. I have not seen him in years so I thought maybe they had another kid and hadn’t mentioned it.

Nope. The parents are in a throuple.

Nope. Apparently him and my mother have a man in his 30s that is a part of their relationship.

OP has no moral objections to polyamorous couples but she would rather not invite the third person to her wedding.

While neither myself or my fiance are particularly religious, and I have no objections to polygamous relationships in general, I would prefer not to have to deal with that at my wedding.

OP rather bluntly told her father that he and her mom were invited as guests only; her father was upset that she would not invite the third partner.

I told him that he and my mother were invited as a courtesy and that they had no parental privileges for me to consider. He said that excluding their partner was mean and that he wouldn’t have left me with my grandparents if he knew they were going to raise me to be prejudiced.

Nobody knew about the third partner in the family, so it seems like this would have been an “introduce the idea” situation, though that isn’t confirmed and it’s not that weird for long-distance relatives to introduce family at a wedding.

I have spoken with my grandparents about this. Both sets. Nobody knew anything about this. So it seems that they were going to use my wedding to introduce this guy to the families.

I called him back and was very firm. I told him that I have spoken with my wedding coordinator and made sure that no uninvited guests come to my wedding.

OP was firm in her “no” and even went so far as to inform security about the possible “wedding crasher” (eye roll from me).

Since we are having the reception at a resort hotel in my city they have security. I also spoke with the manager and explained that I might have uninvited guests trying to get into my wedding reception. He said that security would escort anyone like that off the property and call the cops if needed.

OP’s parents are blowing up, she’s matching their energy, so: is she wrong?

All of this was relayed to my parents. Now they are complaining to everyone. I am dealing with it by telling everyone who calls me to fight for them exactly why I am excluding the person they want to bring.

I just talked to my mother and she screamed at me for telling people her private business.

Adding in that all my guests get a plus one unless I invited them as a couple or as a family.

“NTA. This doesn’t sound like it’s about a prejudice about polyamory so much as it’s about not wanting some random stranger at your wedding. And not owing your parents anything, they’re lucky they’re getting an invite at all,” wrote one user.