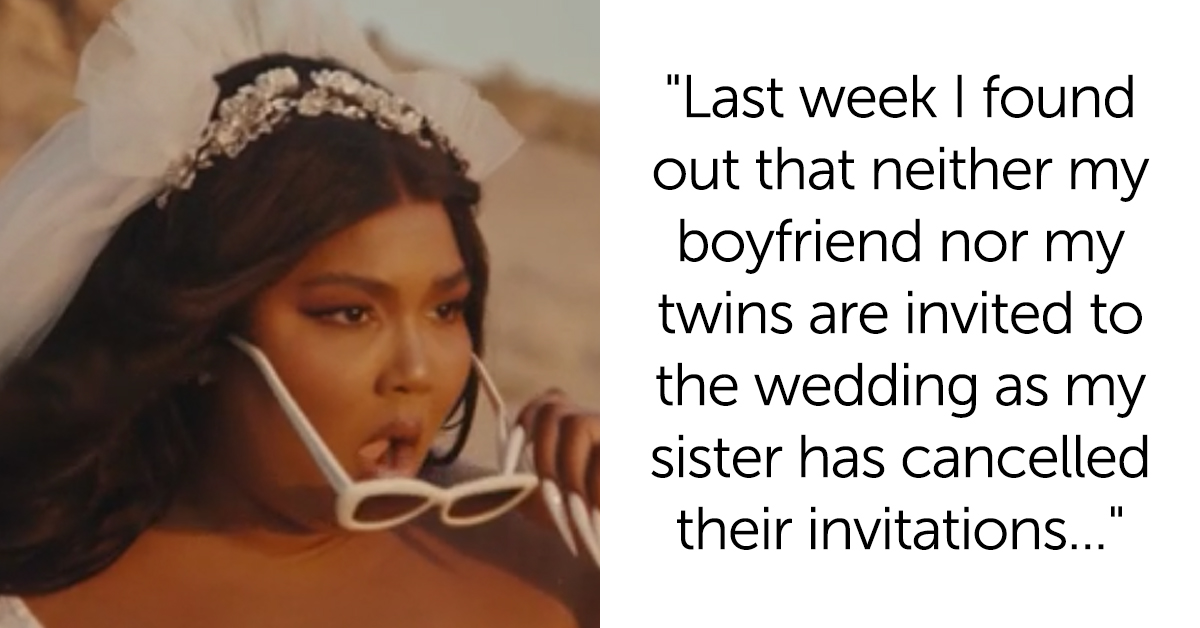 “My day” lovers can just f right out of here.

There is nothing about a wedding that gives you liberty to treat people you purportedly care about (or at least, the people your spouse cares about) the way some people seem to think is acceptable. u/TAreligioussister is dealing with a sister who is behaving monstrously and had to ask the internet if she was in the wrong.

“AITA for refusing to be my sister’s MOH after she said I can’t bring my bf of 10 years and my children to her wedding because we are not married?” she wondered. Here’s her tale:

I have an older sister (38) Nina who is getting married to Dan (37m). She has a 16 yo and a 5yo from her previous relationship. She have known Dan for about 2 years.

OP explains that she has been with her boyfriend for a decade plus and they share two kids together. Her older sister is remarrying soon.

Her wedding is in 2 weeks time, I was meant to be a Maid of Honour and had my final dress fitting and everything about a week ago, since Nina is very particular how she wants her wedding to go so the dresses took 2-3 months to be made.

The sister is pretty picky about the wedding and the LOOK. OP is the maid of honor.

The MOH dress and bridesmaid dresses are slightly different where MOH dress looks more upgraded compared to bridesmaid and is closer in style to the bride dress. Because I’m her only sister Nina said she couldn’t imagine anyone else wearing the MOH dress.

Then OP found out that her entire family — her boyfriend, her CHILDREN — was not invited to the wedding. Sister’s explanation? They aren’t married and can’t be there.

Last week I found out that neither my boyfriend nor my twins are invited to the wedding as my sister has cancelled their invitations (the wedding is not child free since her kids and our nephews and nieces are going to be there). When I have asked her what is wrong she said she doesn’t feel comfortable having my bf at her wedding because we are still not married and since the twins were born outside of marriage, they can’t come in too.

OP was furious with her sister and told her that she herself has kids born outside marriage. The sister claims she’s working on her “sins”. Imagine calling your kids that.

I was furious and have reminded her that she herself has 2 kids that were born “outside of marriage” (this is her first marriage) and she is currently pregnant with another one. Nina said she “understood her sins and is working to redeem them”, but her word is final.

OP and other bridesmaids have pulled out completely from the wedding. She’s also keeping the MOH dress.

So me alongside with few others bridemaids have pulled out from the wedding and told her we will not be coming since Nina decided to uninvite our boyfriends and kids. I have also said I will not be giving my MOH dress either since I have fully paid for it and for all the fittings.

My sister called me an asshole and is asking our parents to do something, since she can’t have another MOH and the dress will take too long to be made and everything is already fully paid.

I say absolutely not — what a horrible way to treat your sister. Reddit agreed:

“She fucketh around and found thee out,” joked one person.

Another wrote, “Oof. NTA! So they were invited, and you made plans, then she “uninvited” them? Does this apply to all guests? That’s your dress. You paid for it? It’s yours.”

“NTA. That’s cruel of her. Especially to uninvite at the last minute. If pressed, you could sell the MOH dress back to her for the same cost you paid (what are you going to do with it anyway), but you are certainly under no obligation to give it to her. Good for you for not going, sticking with your partner and kids,” said a third.