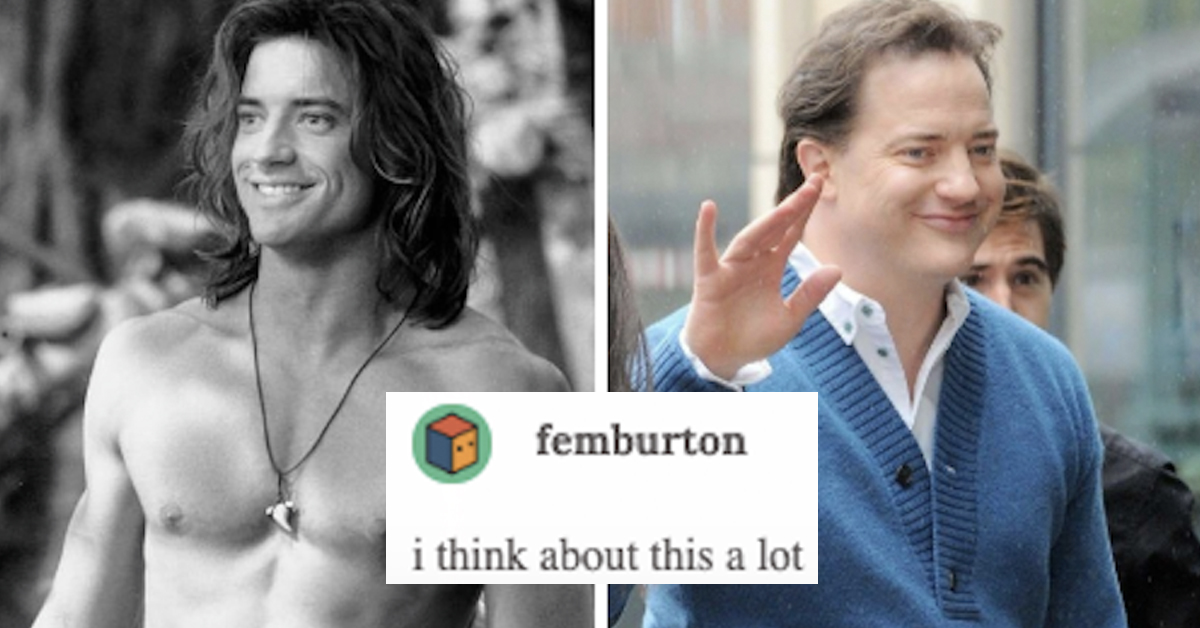 Actor Brendan Fraser was a very familiar face in the nineties and early 2000s. He stared in multiple franchises, and in some of the eras most quotable movies, like Encino Man. He’s a dynamic presence on screen and has comedic timing as well as pathos in his repertoire.

He was also a stone-cold hottie.

Fraser disappeared from the scene and fans weren’t entirely sure why. Then in February of 2018, he gave a long interview to GQ about his struggles with depression, divorce, assault, and a series of health issues that required extensive recovery time. Most people were sad to hear what Fraser was going through and wished him well—and wished that he’d come back soon!

But a post on Tumblr shows how little compassion others can have. Someone by the handle “femburton” posted a picture of Fraser as a young man on set and a photo of him closer to now, taken on the street. The comparison isn’t very flattering, and they captioned it, “I think about this a lot.”

Think about what? That people age?

Happily, there were a lot of people who don’t want to see Fraser treated like a piece of meat and they jumped to his defense, pointing out that the conditions the photos were taken under are completely different. They also outlined his many personal issues that he has weathered since the first photo was taken, and a few claim he’s still good looking now. He’s just older. As we all will be someday, if we’re lucky.

Brendan Fraser is still an incredible actor who has started working again after a long hiatus. Picking up the pieces of your life when you’ve been struggling so intensely is an entire project of its own and it doesn’t always leave space for maintaining a six-pack.

And few people are as hot as Brendan Fraser was on their best day, anyway, I mean DAMN: