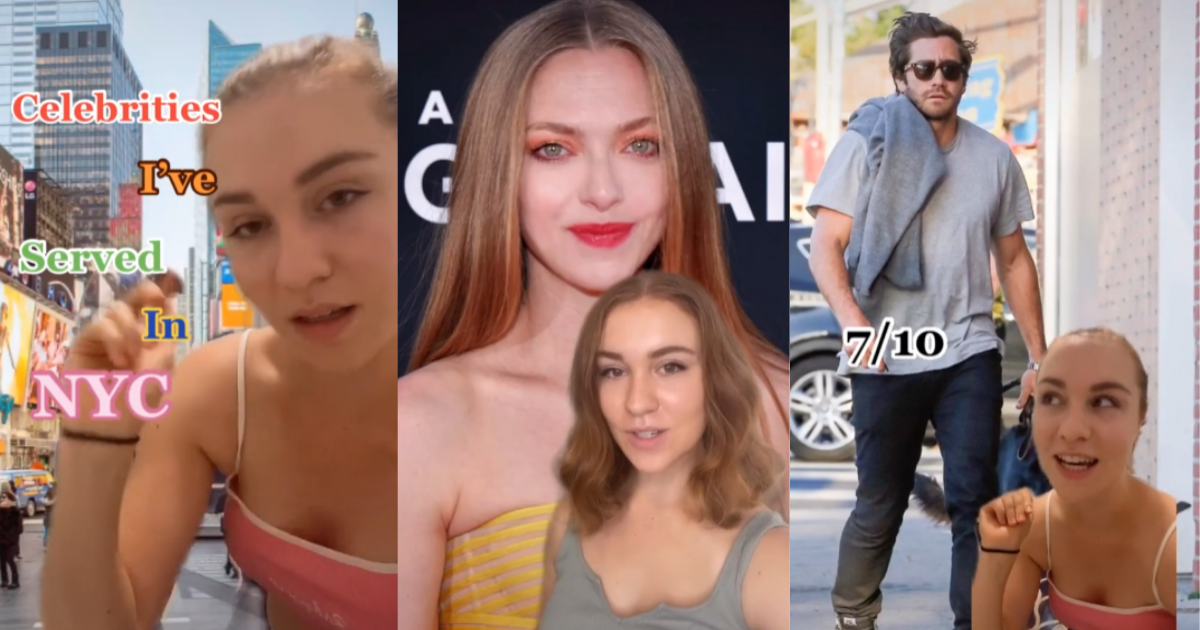 The internet loves good stories about celebrities and TikTok user Laura Mesrobian delivered in some recent posts. So far, Mesrobian has uploaded three videos detailing her experience with various celebrities.

In the first (now-deleted) video, she shares what actor Jake Gyllenhaal was like. Gyllenhaal gets a 7/10 from Mesrobian. She admits he was fun but also “kind of whiney.” He likes to pair Pinot Noir and french fries and always has a group of friends that pays for him.

The next celebrity is Greta Gerwig, who Mesrobian called “a true queen” and gave 11/10. At the time, Gerwig had recently given birth and had a full-blown discussion with Mesrobian about how the pregnancy changed her breasts. Unfortunately, her partner Noah Baumbach didn’t pass the vibe check like Ms. Gerwig did. Mesrobian, who gave him a 4/10, said he wasn’t much fun and can see how he was the mind behind Marriage Story.

We are absolutely relieved to hear Julianne Moore is as kind and angelic as we imagined and received a 8/10 rating. Mesrobian called her “beautiful, classy and sweet” and commented on her great skin. Additionally, Mesrobian said she’s one of the few celebrities who will look you in the eye and say ‘Thank you.’

Glenn Close was very regal and composed when she came in. However, her dog Pip was not. Mesrobian said having Pip around was “not the most fun, but the dog was pretty funny, and it was overall okay” ad gave Close 7/10.

Frances McDormand was to the point. “All she said to me was, ‘Are you our waitress? Because we need alcohol right now.’ 9/10.”

It was her third video, “Blondes Edition,” that received the most success with 185.9L likes and 824K views.

Mesrobian kicked off the video with Amanda Seyfriend, who she says “looks like a beautiful little fairy in person.” Seyfried got 8/10 for being sweet and understanding during a busy night at the restaurant. She also ordered a cheese board.

Dakota Fanning seemed like a “normal person” when Mesrobian waited on her and her friend. The two shared a bottle of wine and Fanning ended up being a solid tipper, earning her a 7/10.

Hillary Clinton rounds out the third video, with Mesrobian sharing a coworker’s story. Turns out Hills’ drink of choice is tequila sodas.