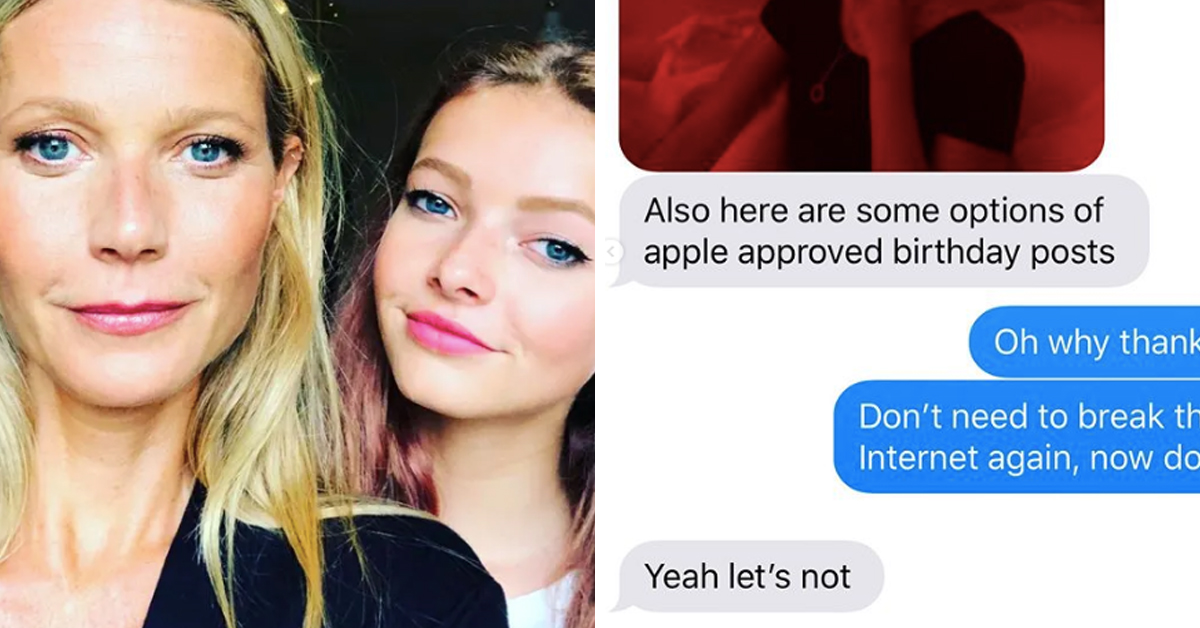 Her daughter Apple Martin (from her marriage to Coldplay’s Chris Martin), on the other hand, has a private account with about 1,200 followers.

The issue of online privacy famously came up between them when Paltrow posted a picture of herself and her daughter on a skiing trip.

Apple commented, “Mom we discussed this. You may not post anything without my consent.”

Paltrow replied that Apple’s face was hardly even visible in the picture.

But if she and Apple had talked about it before, it sounds like it’s something that really irks Apple, so it’s probably best to be respectful of her wishes no matter how proud Paltrow is.

Most of the people who noticed the mother/daughter exchange sided with Apple in the matter and felt that Paltrow shouldn’t have posted the pic. 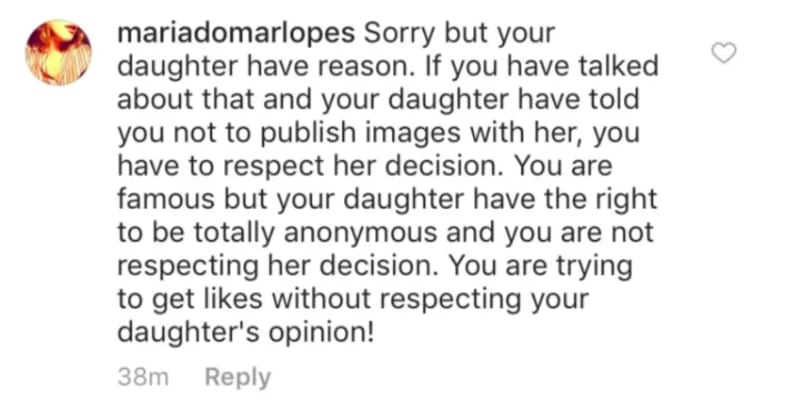 But others felt that Apple was over-reacting.

Meanwhile, the whole thing started to blow up on the internet, with blogs reporting on it and posting their takes.

All of that didn’t go unnoticed by Paltrow and Apple, apparently, because Paltrow referenced it in post wishing Apple a happy fifteenth birthday.

She posted a picture of Apple with a pink rose in her mouth and wrote a very sweet message to her daughter.

And, lest anyone think she’d posted it without permission, Paltrow added a second picture to the post, this one a screenshot of a text convo between mom and daughter.

It shows that Apple had sent her mom some options to choose from (smart). And Paltrow thanked her, adding “Don’t need to break the old internet again, now do we?” To which Apple replied, “Yeah, let’s not.”

It’s nice to see that they’re joking about it!