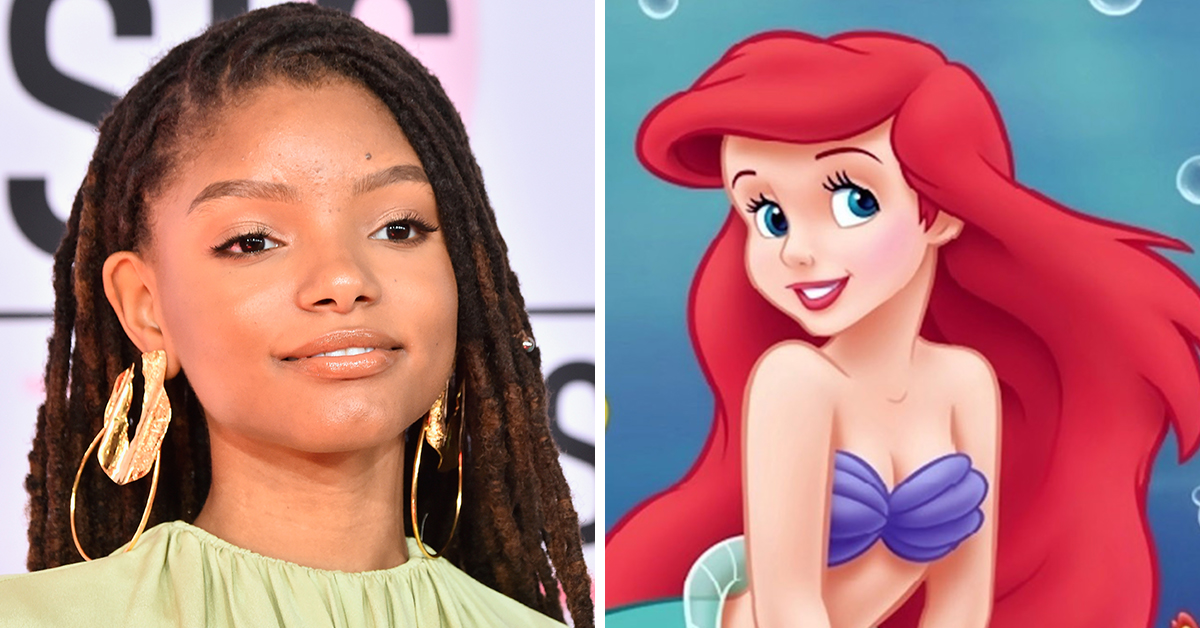 Disney’s live-action remakes of beloved animated movies are ruling the box office, but one movie has been highly anticipated since it was announced in 2016.  The Little Mermaid, which was first released in 1989 (yes, it really has been that long) is beloved by millennials, and now the live-action reboot is coming together.

This week, Disney announced that they’ve casted actress and singer Halle Bailey as Ariel, bringing the beloved mermaid to life on the big screen.

But who is Halle Bailey, and will she dazzle us in the Little Mermaid?

Bailey, 19, has been singing for a long time. At the tender ages of 13 and 11, Bailey and her older sister, Chloe, formed an R&B duo called Chloe x Halle, and began by posting covers of popular songs on YouTube. Playing instruments like guitars and keyboards, Chloe x Halle covered artists like One Direction and Christina Aguilera from their bedroom or backyard.

But it was their cover of  Beyoncé’s “Pretty Hurts” that got the most attention — even from Queen B herself. After watching the video, Beyoncé quickly signed the duo to her label, Parkwood Entertainment. Beyoncé booked them to open for her during the Formation World Tour in Europe; Chloe x Halle became protégés of one the great entertainers of all time. So Halle Bailey is literally Beyoncé-approved, and when has Bey steered us wrong? That’s right, never.

Once Chloe x Halle began to blow up, they branched out into other forms of entertainment, including television. They wrote the theme song for ABC’s Grown-ish, called “Grown,” and appear as the Forster twins, Jazlyn and Skylar, who are college track stars.

In other words, Bailey is a supremely talented star, with an angelic voice, acting chops, and a fanbase that includes Beyoncé. Disney got this one so right.

The casting of Bailey also brings up an important statistic: she will only be Disney’s second Black princess. NBC notes that it’s also the first time that Disney has cast a woman of color in a role that was originally performed by a white woman (Ariel was originally voiced by musical theater actress Jodi Benson). It’s a groundbreaking decision that will open doors for diversity and representation in casting.

The casting announcement was lauded by Disney fans all over the globe. Director Rob Marshall said, in a statement, that “Halle possesses that rare combination of spirit, heart, youth, innocence and substance — plus a glorious singing voice — all intrinsic qualities necessary to play this iconic role.” Zendaya, who at one point was rumored to be in talks for the role, tweeted her praise as well.

Unfortunately, we can’t have nice things. The casting announcement drew criticism from, well, racists on the internet, because there is not really a coherent argument against Bailey that isn’t rooted in racism.

The hashtag #NotMyAriel began trending on Twitter shortly after the announcement, what Grapevine writer Michael Harriot calls a “meltdown in the unseasoned sections of social media.”  No, we won’t dignify any of those tweets here.

As much we applaud Disney for this decision, it remains to be be seen how this will impact entertainment at large. The idea of “colorblind casting” has some drawbacks, explains critic Angelia Jade Bastién in an essay for the Atlantic. Simply casting a person of color in a traditionally white role isn’t a “sustainable strategy” she writes, because it doesn’t address the larger issues of racial, gender, sexual, and ability discrimination that is rampant in Hollywood.

It’s so, so important to see diverse representation in our beloved stories and characters, but that isn’t enough. There is work that needs to happen in writer’s rooms, board rooms, and studios to ensure representation without fear of harassment. Diversity without meaningful, structural change is as hollow as Ursula’s shell necklace.

Disney, though, seems to be walking the walk. The company has been recognized for their commitment to hiring diverse employees and incubating talents from underrepresented communities. No company is perfect, of course, but casting Bailey in the Little Mermaid is huge step forward for visibility and correcting historical marginalization.

The live-action Little Mermaid, in keeping with the animated film’s original format, will be a musical. It’s a big mermaid’s fin to fill: Bailey will be singing works by Alan Menken and Lin-Manuel Miranda. And clearly, Bailey is no stranger to the camera or the microphone. Disney’s casting choice is perfect, and we can’t wait to go under the sea with Bailey.