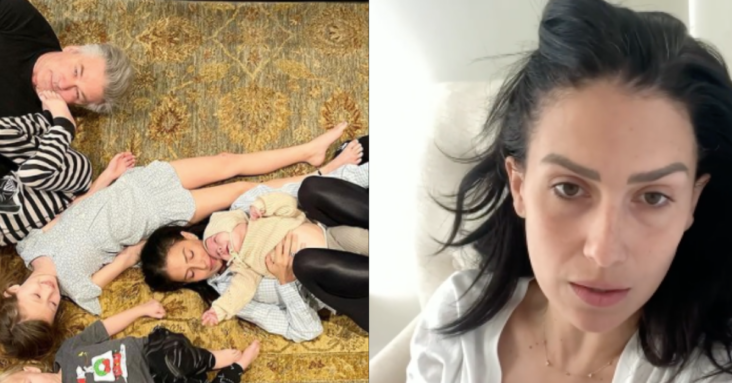 Hilaria Baldwin made headlines a month ago for seemingly misrepresenting her ethnic heritage, claiming to be Spanish for years.

In December, Hilaria Baldwin spoke about the controversy and hoped to clarify and end it.

“I’ve seen chatter online questioning my identity and culture. This is something I take very seriously, and for those who are asking— I’ll reiterate my story, as I’ve done many times before,” Baldwin writes. “I was born in Boston and grew up spending time with my family between Massachusetts and Spain. My parents and sibling live in Spain and I chose to live here, in the USA. We celebrate both cultures in our home—Alec and I are raising our children bilingual, just as I was raised. This is very important to me. I understand that my story is a little different, but it is mine, and I’m very proud of it.”

The mom-of-five and yoga instructor came under question in late December when social media users alleged that she had falsely claimed to have Spanish heritage and spoke with a fake Spanish accent despite being born and raised in Massachusetts.

Baldwin’s latest Instagram post notes that she has been “listening, reflecting, and asking” how she can “learn and grow.”

“My parents raised my brother and me with two cultures, American and Spanish, and I feel a true sense of belonging to both. The way I’ve spoken about myself and my deep connection to two cultures could have been better explained – I should have been more clear and I’m sorry,” Baldwin said.

“I’m proud of the way I was raised, and we’re raising our children to share the same love and respect for both. Being vulnerable and pushing ourselves to learn and grow is what we’ve built our community on, and I hope to get back to the supportive and kind environment we’ve built together.”