The Night King and his army of White Walkers have become THE big baddie to defeat in the eighth and final season of Game of Thrones. Winter has definitely come—and now its got a dragon on its side. As such, it’s easy to forget that the White Walker King isn’t in George R.R. Martin’s books, and in fact was the brainchild of GoT showrunners David Benioff and Dan Weiss.

But why? Who is he, and what does he want?

Benioff and Weiss recently sat down with Entertainment Weekly to set the record straight, explaining that the Thrones writers wanted to give the Night King a historical reason for existing.

“We’ve seen what the White Walkers do, we’ve seen how they perpetuate themselves and created the wights. If you’re going backwards, well, they made these things… so what made them?”

“We always liked the implication that they weren’t some kind of cosmic evil that had been around since the beginning to time but that the White Walkers had a history — that something that seems legendary and mythological and permanent wasn’t.”

“They had a historical cause that was comprehensible like the way the wars on screen we’re seeing unfold are comprehensible. They’re the result of people, or beings, with motivations we can understand.”

A particular flashback from season 6 (the same scene that has certain fans convinced Bran Stark is the Night King) shows the Children of the Forest tying one of the First Men (with which they are at war) to a sacred Weirwood tree and stabbing him in the chest with dragonglass. This man became the first White Walker: The NightKing. 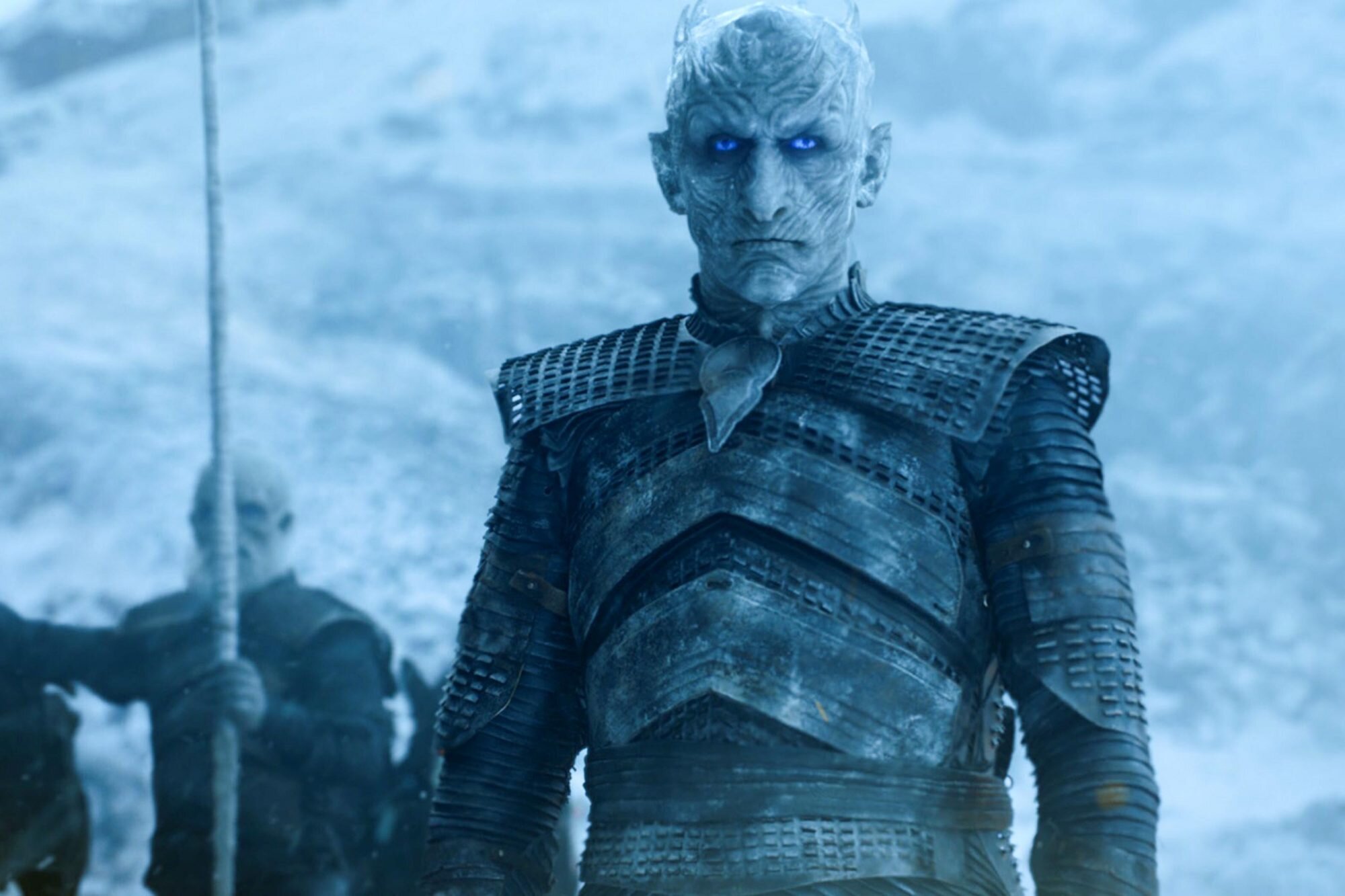 “And once you go back into that flashback scene, that required a person there — and that was Vlad, who for a long time was our best stuntman,” said Benioff, referencing Night King actor Vladimir Furdik.

But what is the Night King’s ultimate goal? Is it to destroy all of Westeros? Is it to seek out and kill Bran Stark, who he has been stalking ever since being introduced to the show in season 4? Is it to kill Dany Targaryen or Jon Snow or their unborn child because one of them (or maybe all of them???) is R’hllor, AKA the Lord of Light?

Recently, released by Entertainment magazine covers including that of the Night King looking more terrifying if you look closely at his eyes, you can clearly see that he has seven-pointed stars instead of pupils which is The Faith of the Seven, the religion of the Andals. pic.twitter.com/rSBfspJPF8

Looks like we’ll just have to wait until April 14 to find out.