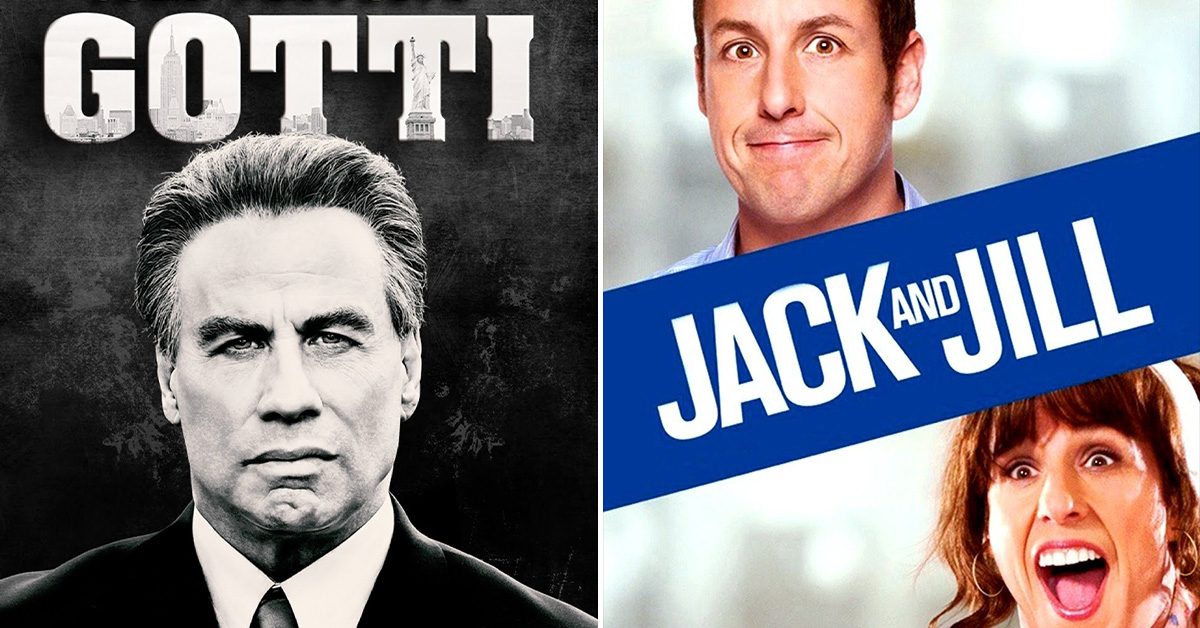 What’s the worst movie you’ve ever seen? That’s a question where the answers are usually subjective, but sometimes it’s pretty easy to agree.

Fans are revealing the worst movies they’ve seen in this AskReddit thread. I’ve seen a few of these and definitely agree with them.

What is the worst movie you’ve ever seen? 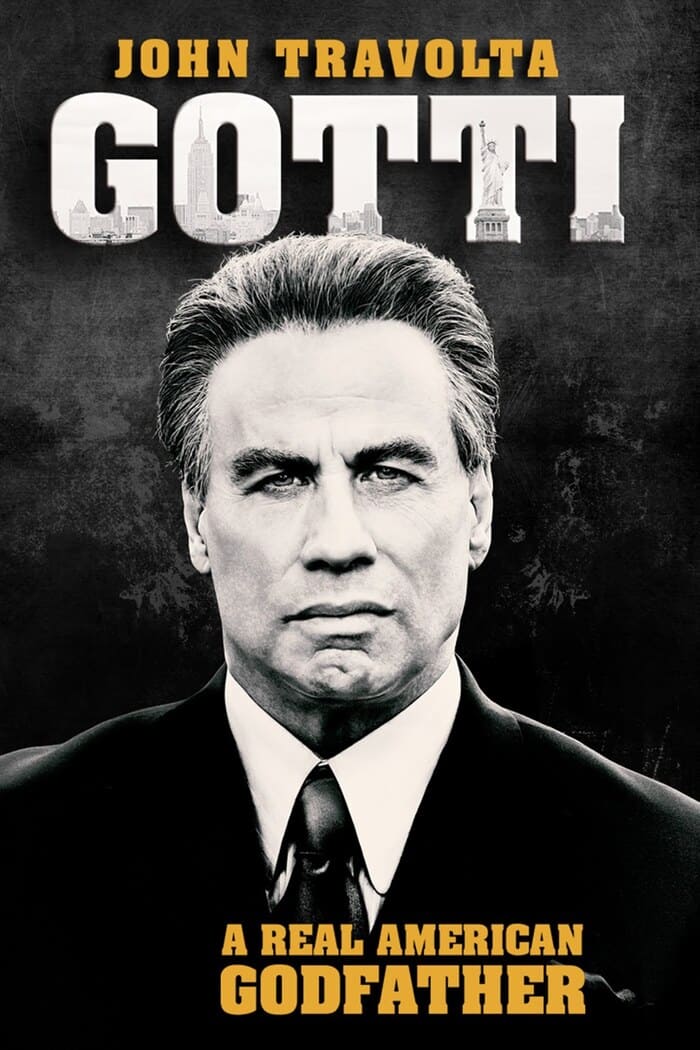 Gotti starring John Travolta. I took a girl on a second date as she wanted to see it due to her love for mob/mafia movies. I think I witnessed part of her soul die that night. 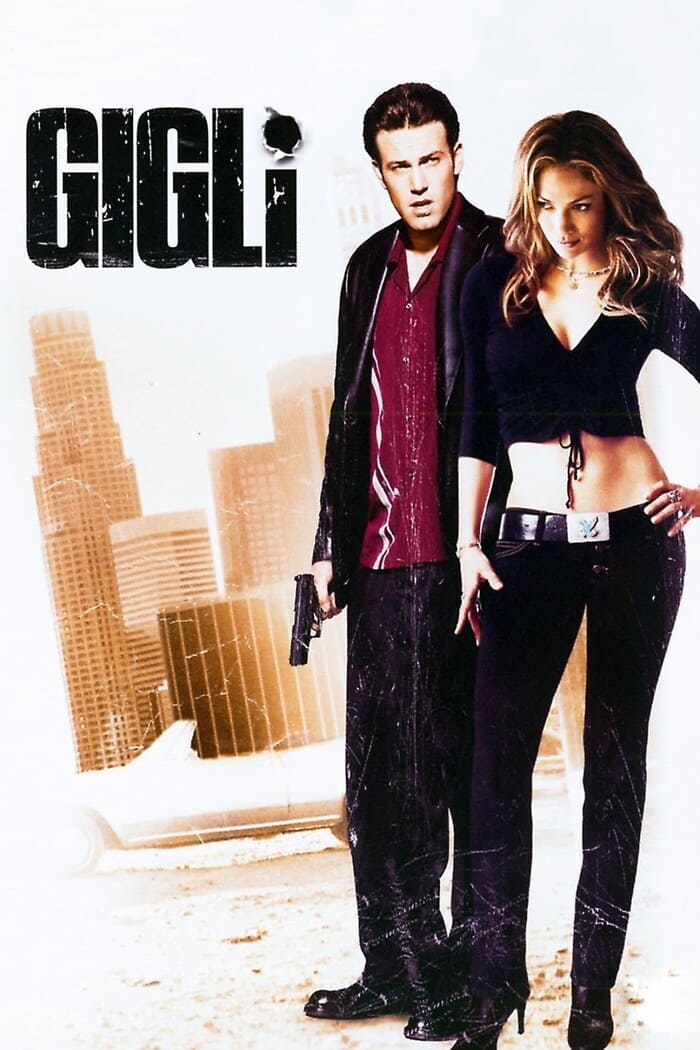 Gigli. My girlfriend at the time made me take her to see it. We broke up later that week. 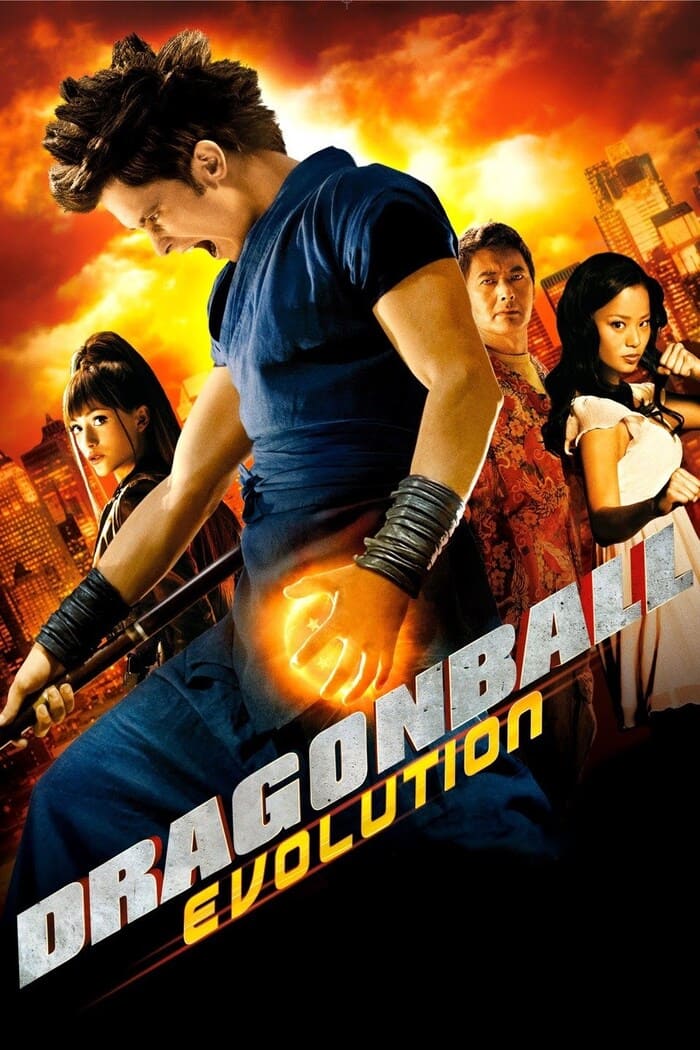 Dragonball Evolution. It was like watching a drunk guy vomit all over my childhood. 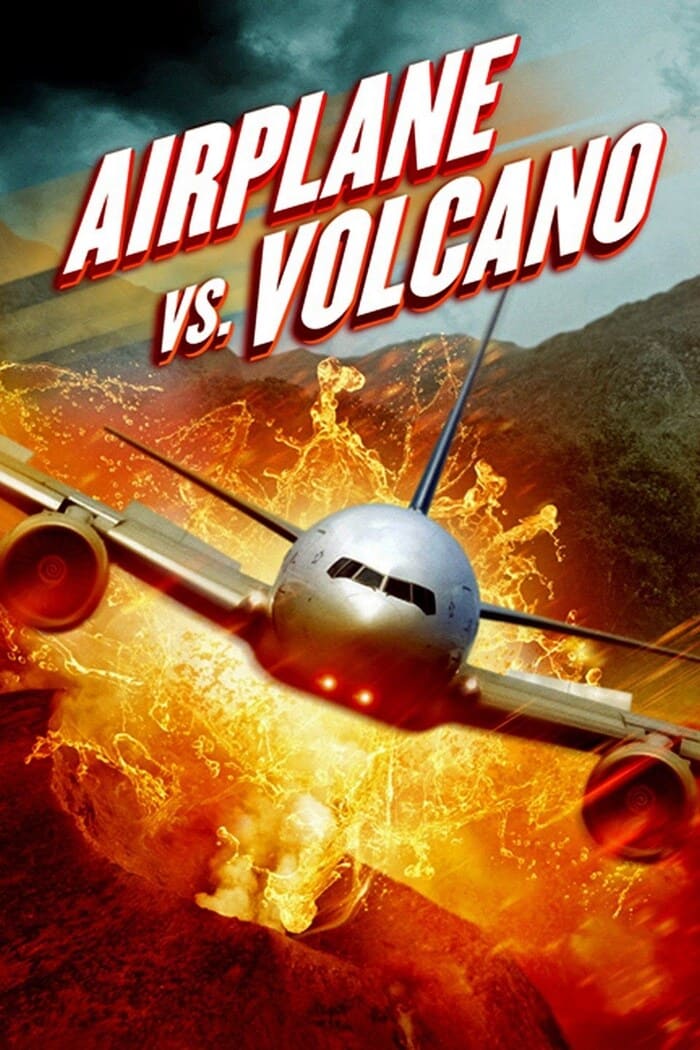 A little gem called Airplane vs Volcano. It’s on Amazon Prime. It stars Dean Cain. It’s about an airplane with about 6 passengers that gets stuck inside an emerging ring of volcanos off the coast of Hawaii. The pilots die due to… Don’t think about it. And the airplane has an emergency auto-pilot that makes the plane fly in circles. You know! To avoid another 9/11. Now it’s up to Dean Cain and some other passengers to push past the volcanoes’ ash clouds. They have to survive… Meteors? That always hit the wings of the plane. And a psycho who thinks Dead Cain is not doing his best, so he wants to form a mutiny and basically kill everyone. The Army is there, and they can help, except the general doesn’t want to because of reasons. So he waits until the final moment to send a squad of fighter jets, to fight volcanoes mind you, and get all the passengers to safety. Dean Cain gets hit by… I have no fucking clue… But he decides to sacrifice himself by crashing the plane (which is now filled with bombs) into the Big Boss Volcano. Even though everyone was evacuated and he can be evacuated as well and get medical help, he goes though with it saying “You’re a big bitch” as he crashed into the big volcano. 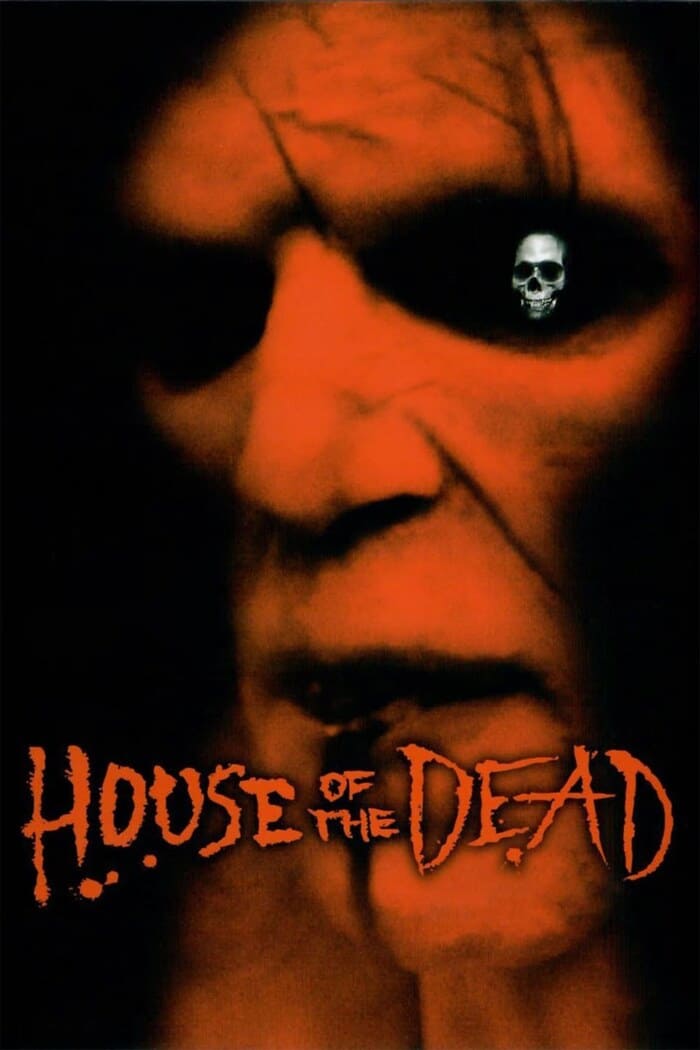 House of the Dead. Worst mesh of game and movie integration I have ever seen. Terrible directing with terrible actors in an incoherent plot. 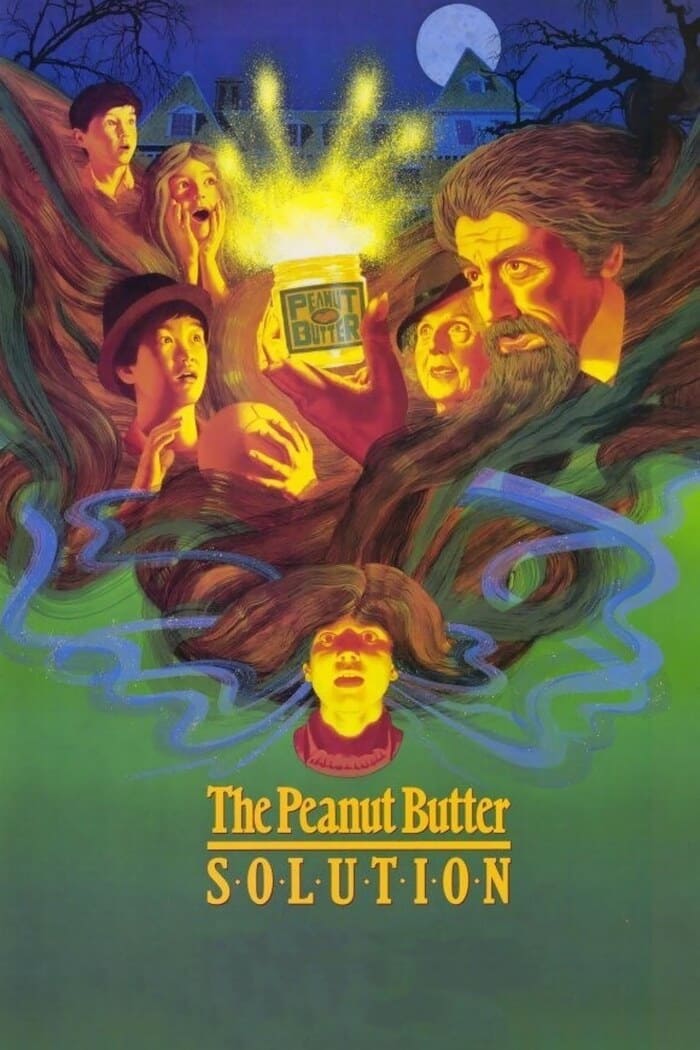 The peanut butter solution. It’s about a cancer kid who loses his hair and finds a magic recipe to grow it back. But he wants it faster so he puts more peanut butter in but it grows back super fast. So then some bad guys kidnap little kids and steal their now fast-growing hair to make paintbrushes…
My mom rented it for me when I was sick as a kid. It was so bad I turned it off. And felt guilty I was going to hurt her feelings.
https://m.imdb.com/title/tt0089789/ 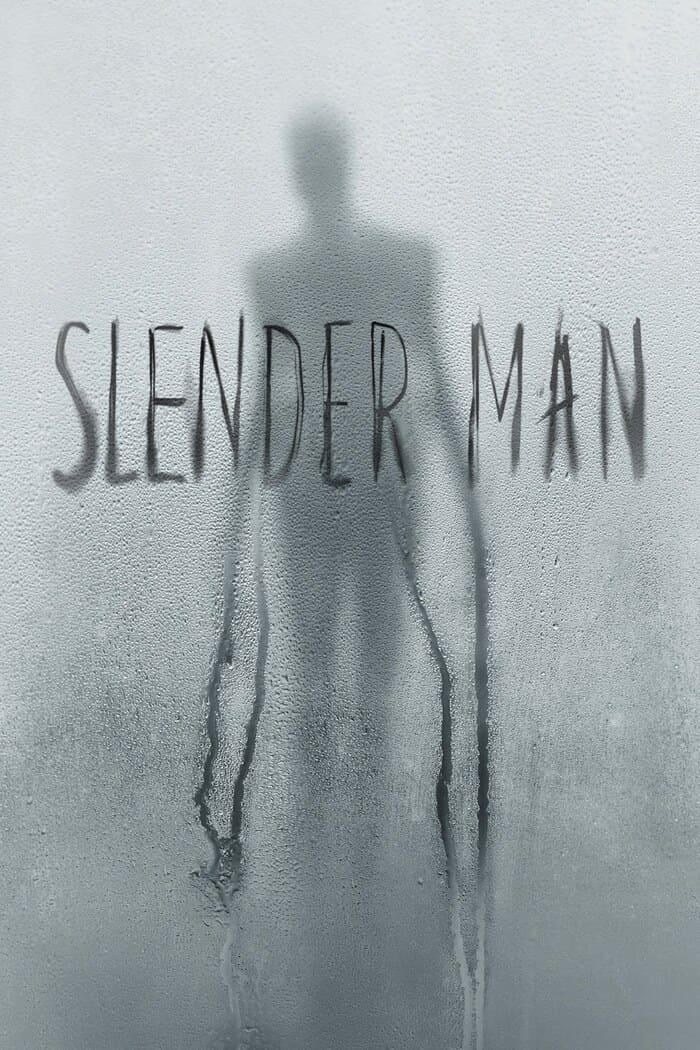 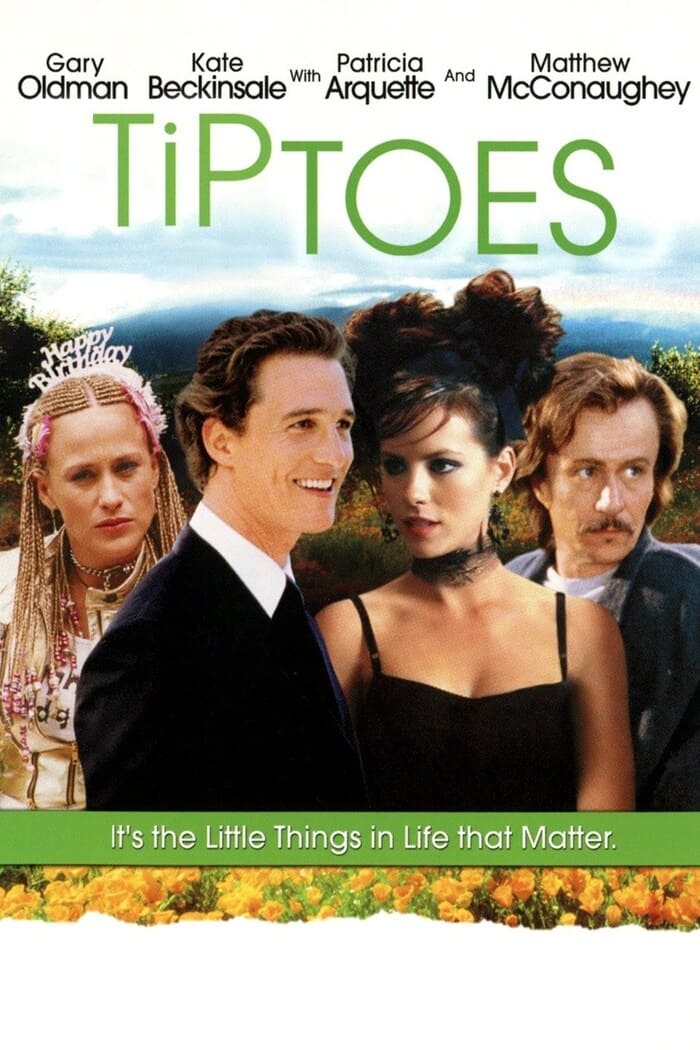 Tiptoes
With Gary Oldman, in the role of a lifetime… 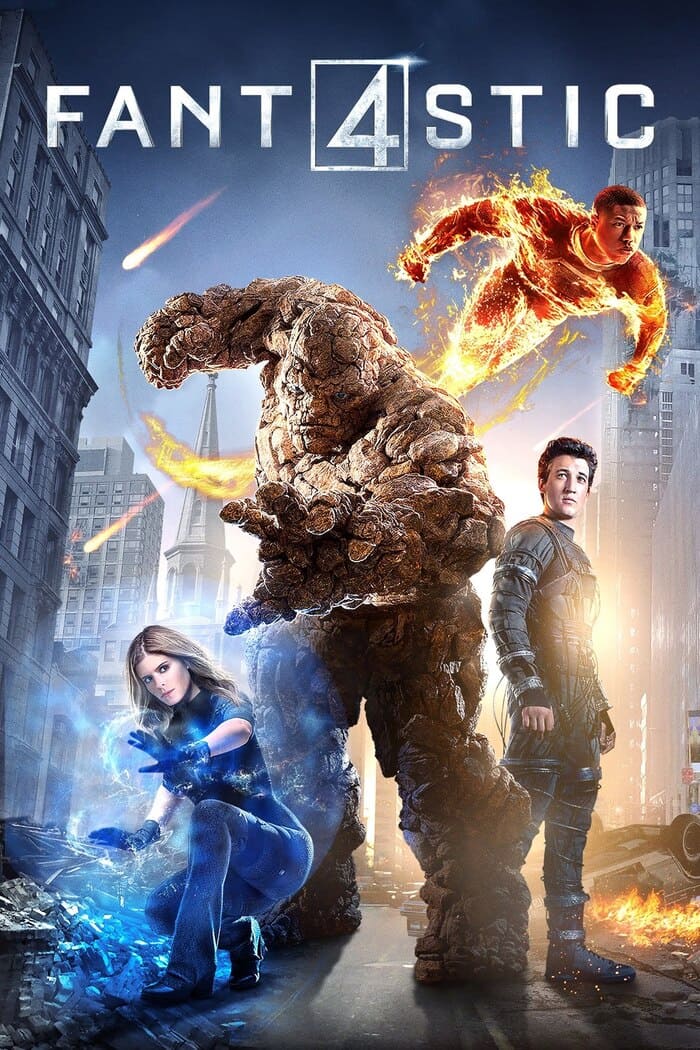 An awful movie that becomes completely incoherent in the 2nd half 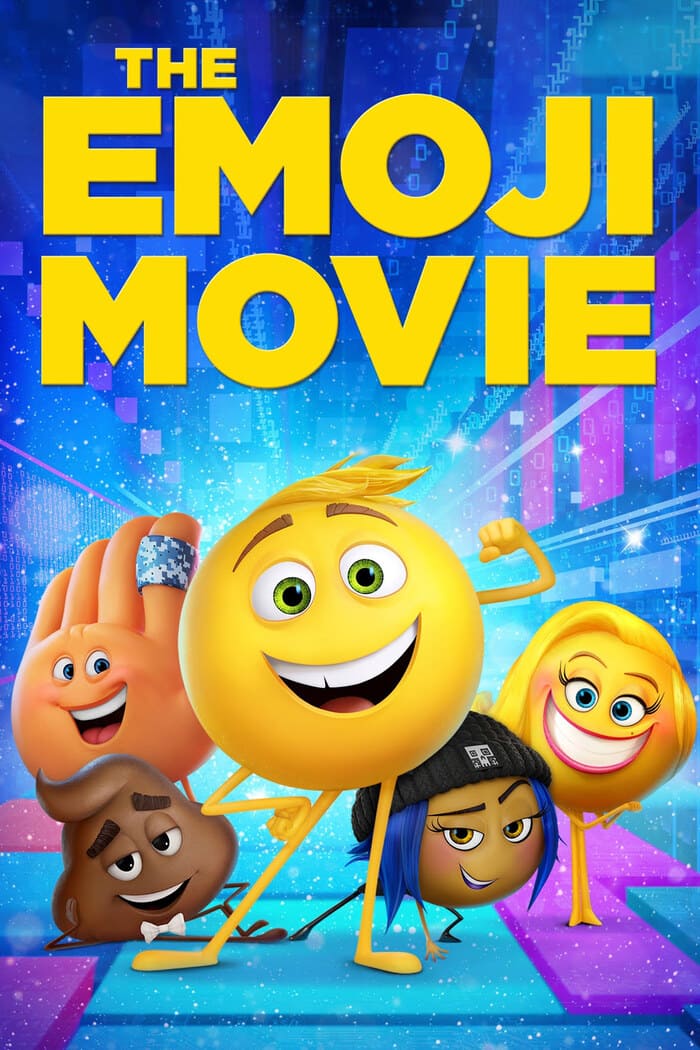 I have seen this a couple dozen times (okay, maybe only paid attention once) because my kids like it and its on Netflix. Yeah, it bad, but its just like “meh, stupid poorly thought out money-grab kid’s movie.” Not intolerable and anger-inducing like some bad movies 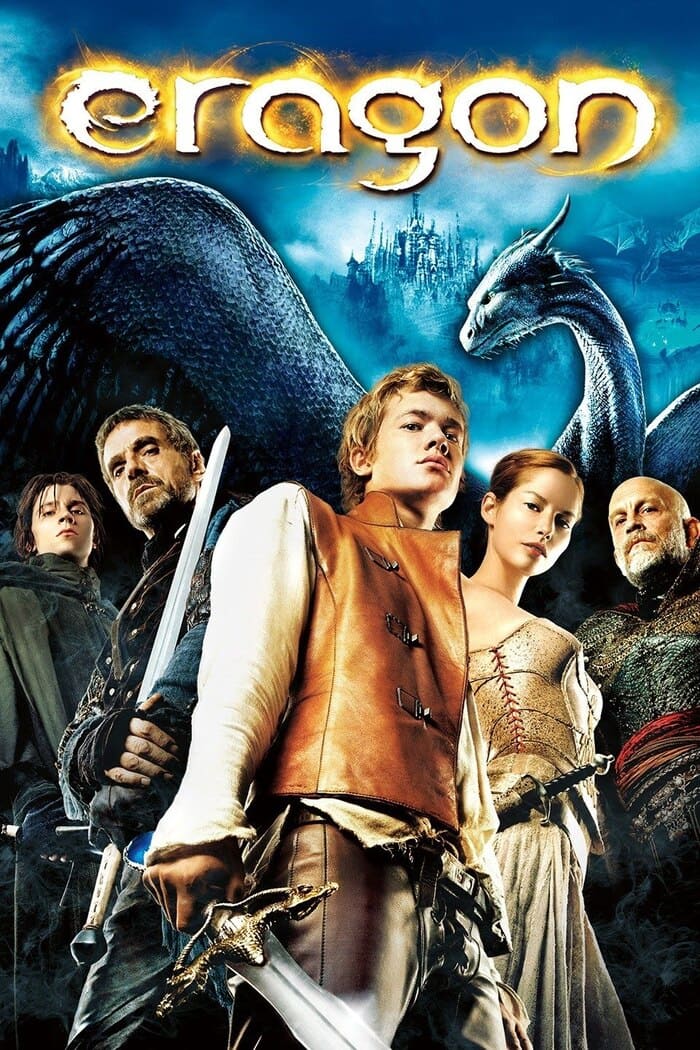 Eragon was terrible if you read the book.

Twilight was the worst I watched in the cinema. I wanted to walk out but I decided to just sleep in my seat instead. It was soooooo boring. 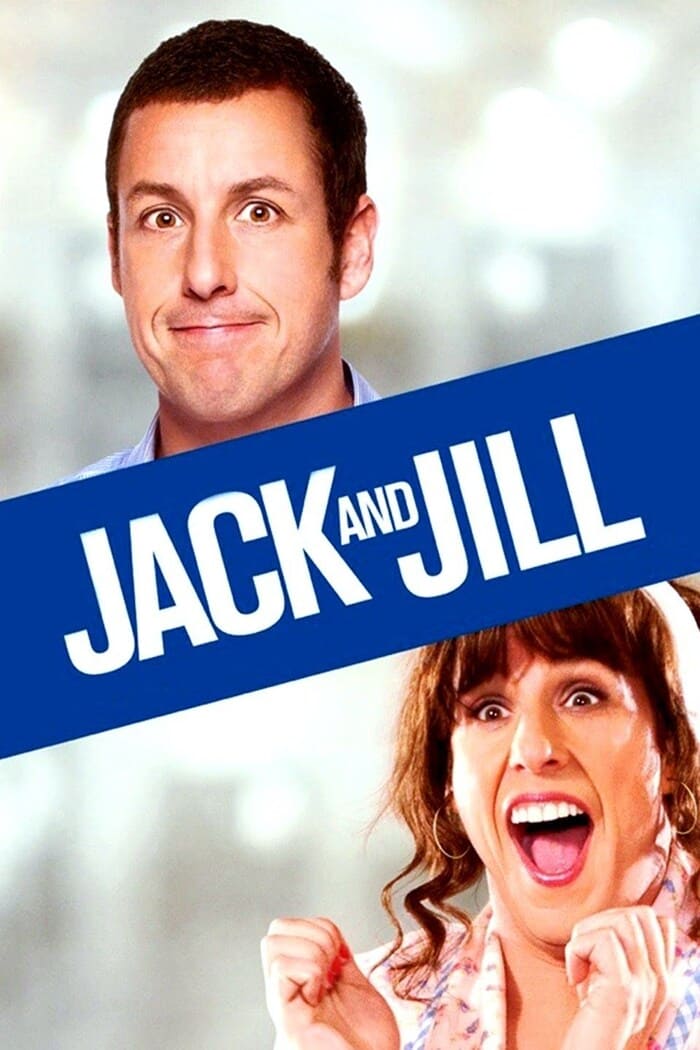 That Adam Sandler movie ‘Jack & Jill’. It was terrible. 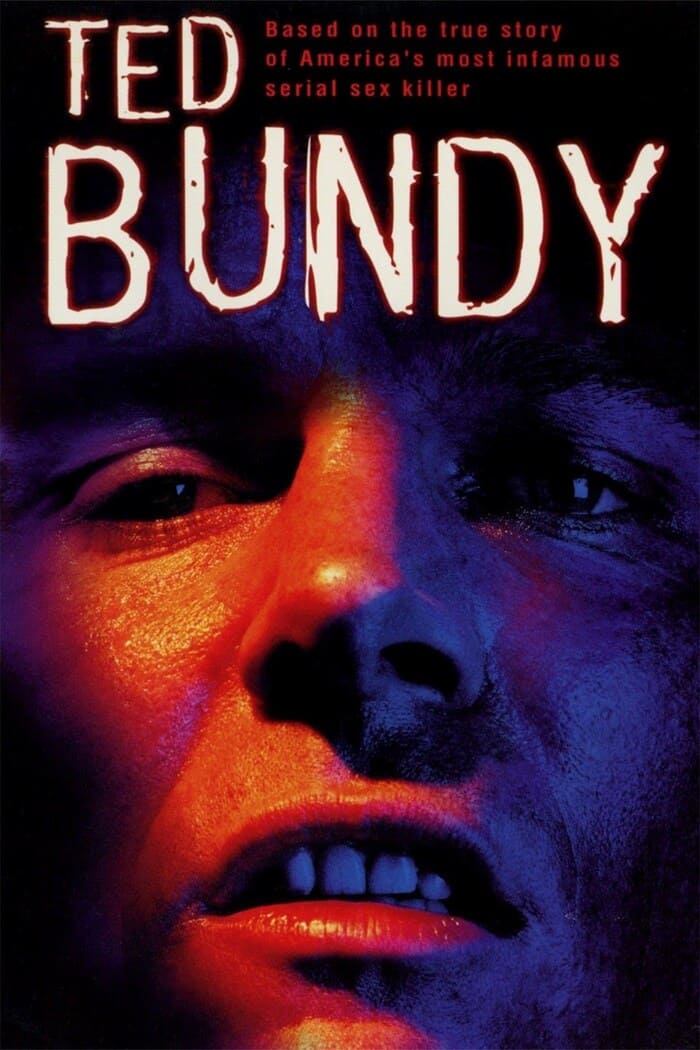 Ahh there was a Ted Bundy movie that came out in the late 90s/early 2000s. I was sleeping over my cousins’ house and my uncle went to Blockbuster and asked for a “scary” movie, but I guess he didn’t specify that we were all like 12-15. We watched the whole thing. It was so so awful, and it wasn’t only because it was traumatic 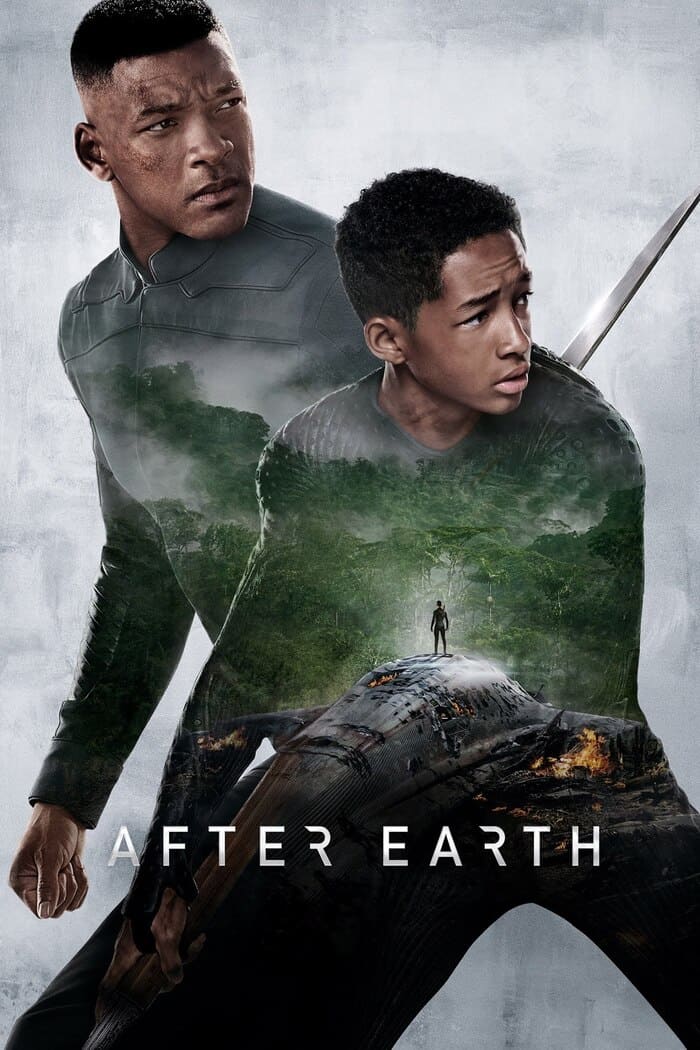 The acting was atrocious and the story barely made any sense. I mean who’s idea was it to have Will Smith and Jayden Smith talk in shitty pseudo-English accents during the movie??? I mean I know it’s supposed to be “how English will sound like in the future,” but that seems somehow even more stupid. 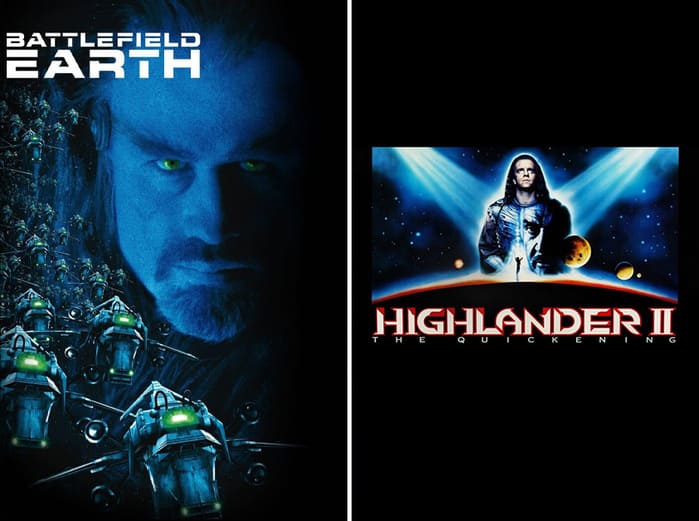 I’ll only focus on full-budget, studio productions. Small-time movies are hard and I hardly blame people for messing those up.

Battlefield Earth – OK, so this is funny if you think of it as a comedy, but they clearly intended for it to be a real SciFi movie. This is a movie that is 1000 years in the future and they find our fighter jets….in a hangar…..with fuel in them…..that still work when you turn them on….and are able to learn to fly them and shoot missiles with them(which also still work).

Highlander 2 – So the immortals we learned about….come from a planet….a planet where you die in normal time….but our two leads are punished by being sent to earth…..where they will be immortal….until the villain goes to earth later himself…..not having aged even though he was back on the other planet. 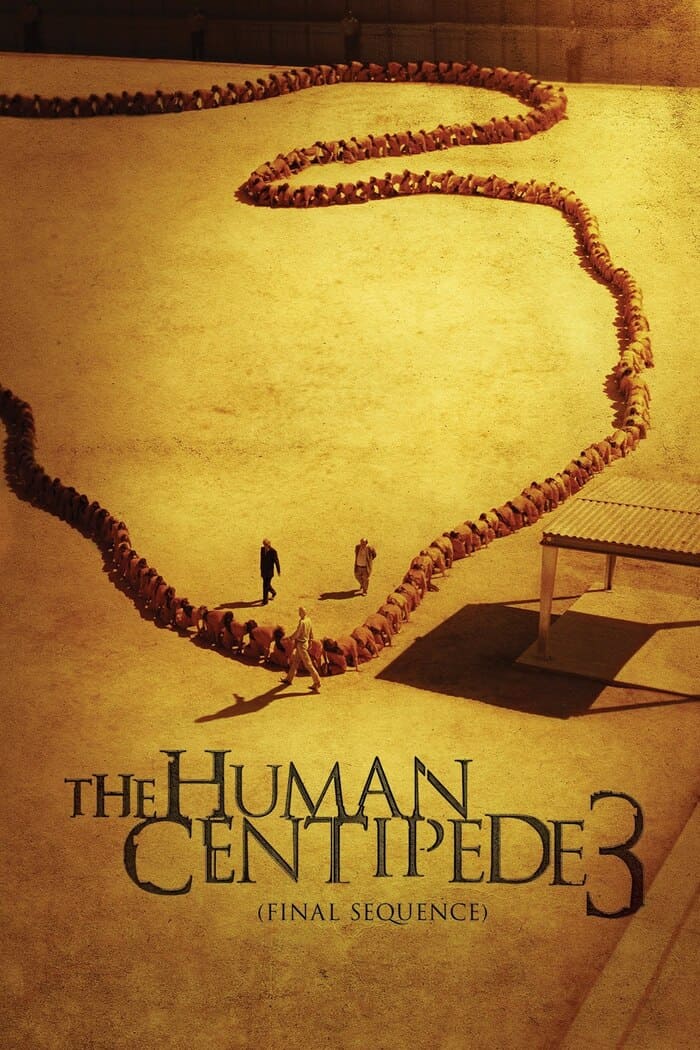 Human Centipede 3. Not like I thought it would be anything more than a bad horror flick, but man what a load of annoying shit. 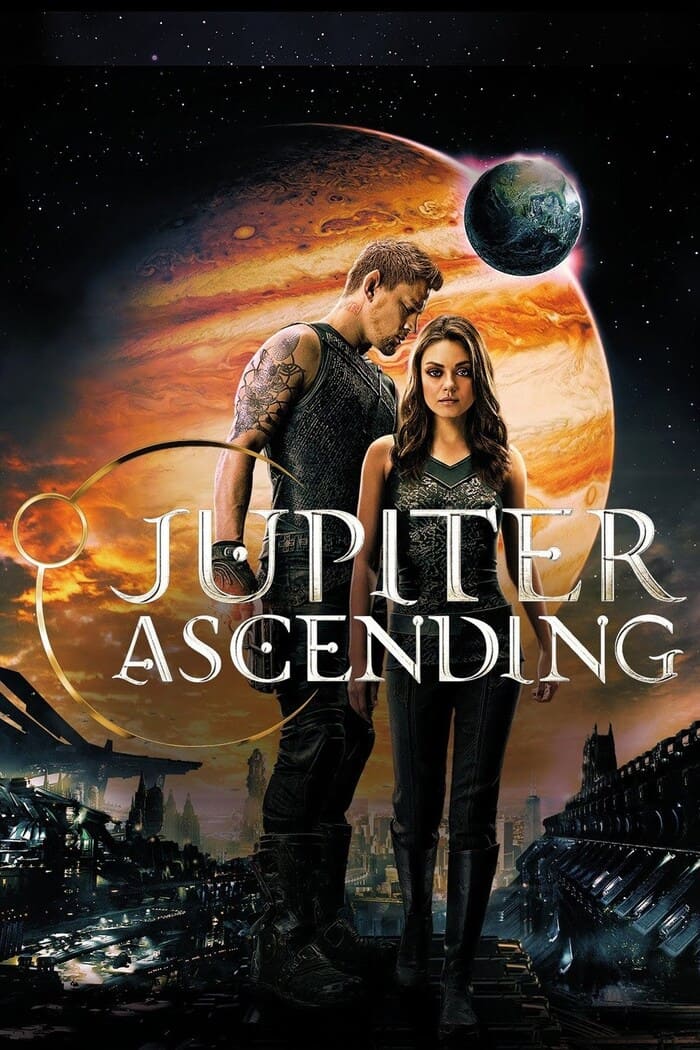 I’m pretty sure it’s called Jupiter ascending, I saw it on a plane and couldn’t look away, it was so bad. 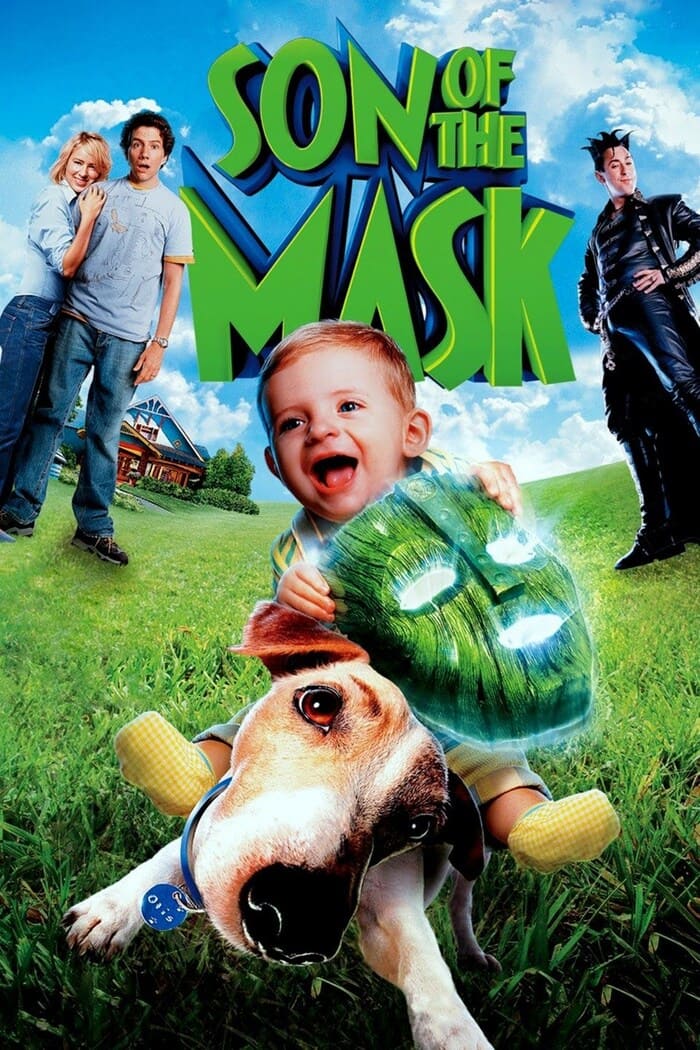 Son of the Mask, easily.

ETA: Here’s the thing, guys- remember the showstopping “Cuban Pete” scene in the first movie? How it stands out as the film’s high point and is very impressive even out of context? That’s a Ricky Ricardo song. There are no (as-)direct other references to Ricardo in the rest of the film. I did not know this as a small child. You do not need to know this to enjoy the scene.

Son of the Mask goes ahead and shows us the entire Michigan J. Frogbit because despite having that scene in its forerunner, it doesn’t respect its own audience enough to assume that they’d “get” a reference to the second most-iconic WB character of all time. This movie is so dumb it assumes that you’re dumb, too. What a timesuck.

BF and I have a March Madness-style bracket of the worst movies we’ve seen together… this is next-level. It beat The Emoji Movie. It beat Spy Kids 3D. We’re putting off watching Suicide Squad because we’re pretty sure it’ll beat that, too. 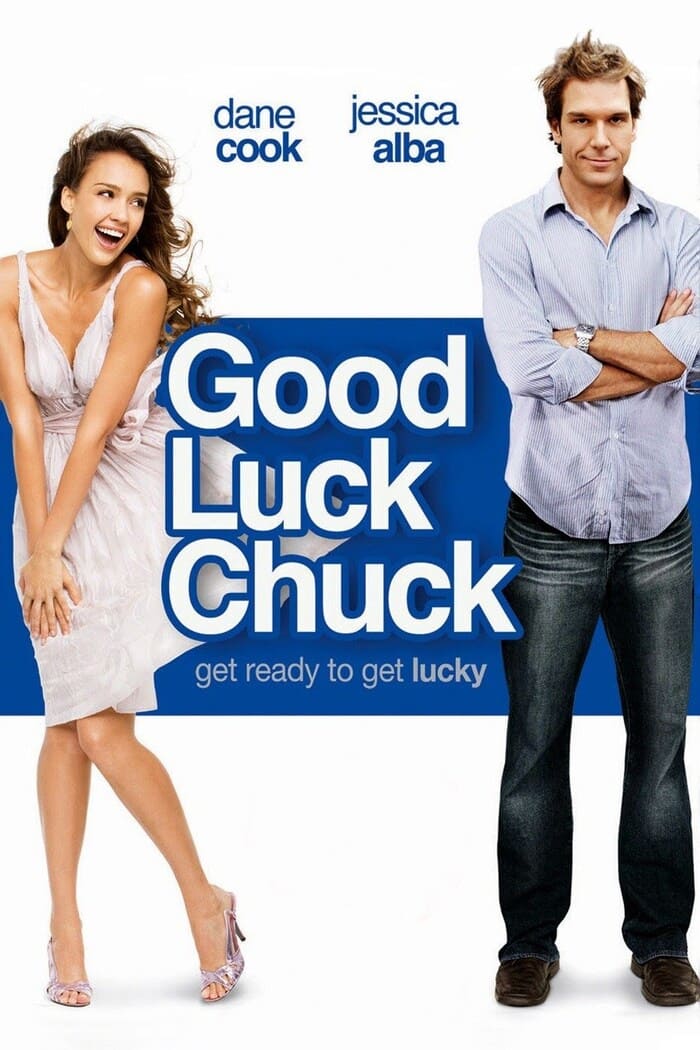 Dane Cook just awkwardly fucks a bunch of girls. It’s creepy and awkward. I genuinely think its RottenTomatoes score of 5% is too high. 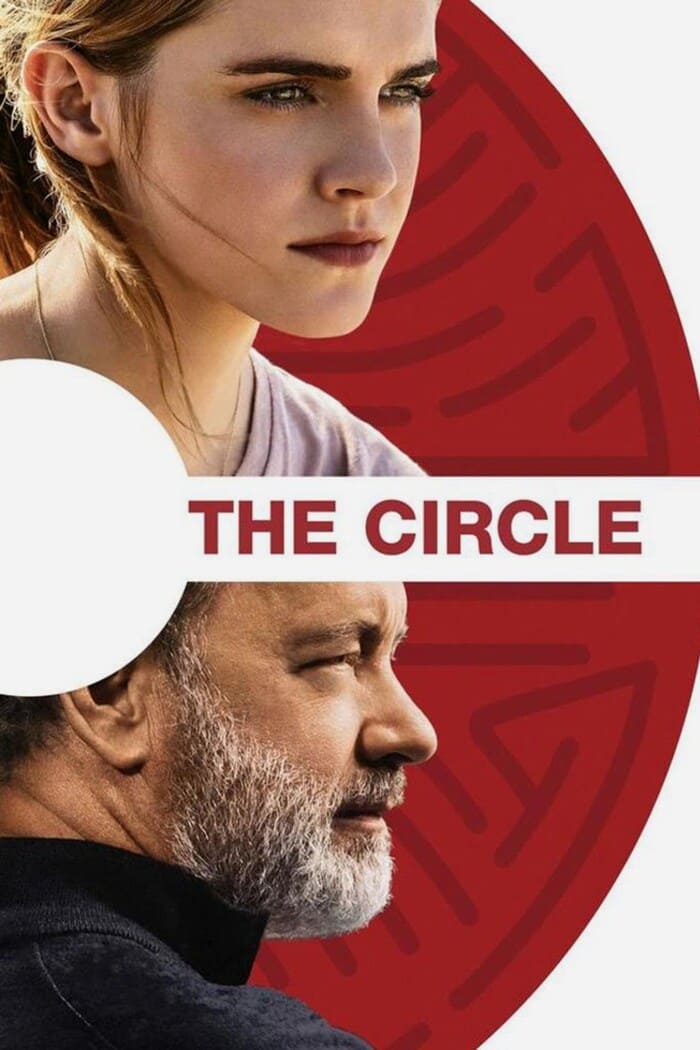 The Circle with Emma Watson and Tom Hanks.

Among other things, the world they built for that movie was pretentious, illogical and inconsistent. One of the things that blew my mind was how one of her friends made a chandelier out of deer antlers. Watson had a large following on SM and posted a picture of it. The chandelier maker was then run out of town. Not by PETA but by the whole world, everyone from across the globe called him a murderer. He was the Bin Laden of The Circle world. Not everyone in that films world was a vegan or vegetarian.

Another mind boggling scene was how they used the company’s wide spread power to find a convict. During a public meeting displaying the company’s new features they picked a wanted individual, broadcasted his face over the feed and had them see if they could find him. Some janitors across the world found this wanted individual and at Watsons command, this low-class janitor was told to chase a wanted individual through the building. -_-. This was seen as a perfectly reasonable event in that world.