The recent developments on Game of Thrones certainly have caused a bit of a stir with fans. The long-gestating reveal that Daenerys is more of a ruthless conqueror than a benevolent queen has kicked the online hornet’s nest that is the Game of Thrones audience and it’s difficult not to empathize. It’s always hard to find out a person isn’t always who they say they are.

Of course, the real tragedy is the fact that quite a few new parents named their babies after the Dragon Queen.

*Does not include mis-spellings
Source: SSA

And naturally, the Internet’s heart went out to those parents after the shocking turn in Daenerys’ character.

time for the parents of the 568 children who were named Khaleesi or Daenarys last year to read the morning recaps of last night’s Game of Thrones, but first, a big sip of coffee https://t.co/OSkLcPqQmF

The face of all the parents that named their kid Daenerys, Dany, or Khaleesi #GameofThrones pic.twitter.com/3MOTy0ZFIJ

all the women who named their babies “Khaleesi” right now: pic.twitter.com/w8rE0dHQS6

It’s certainly a problematic development for your kid to now be named after a silver-haired war criminal, but what do the parents actually think? 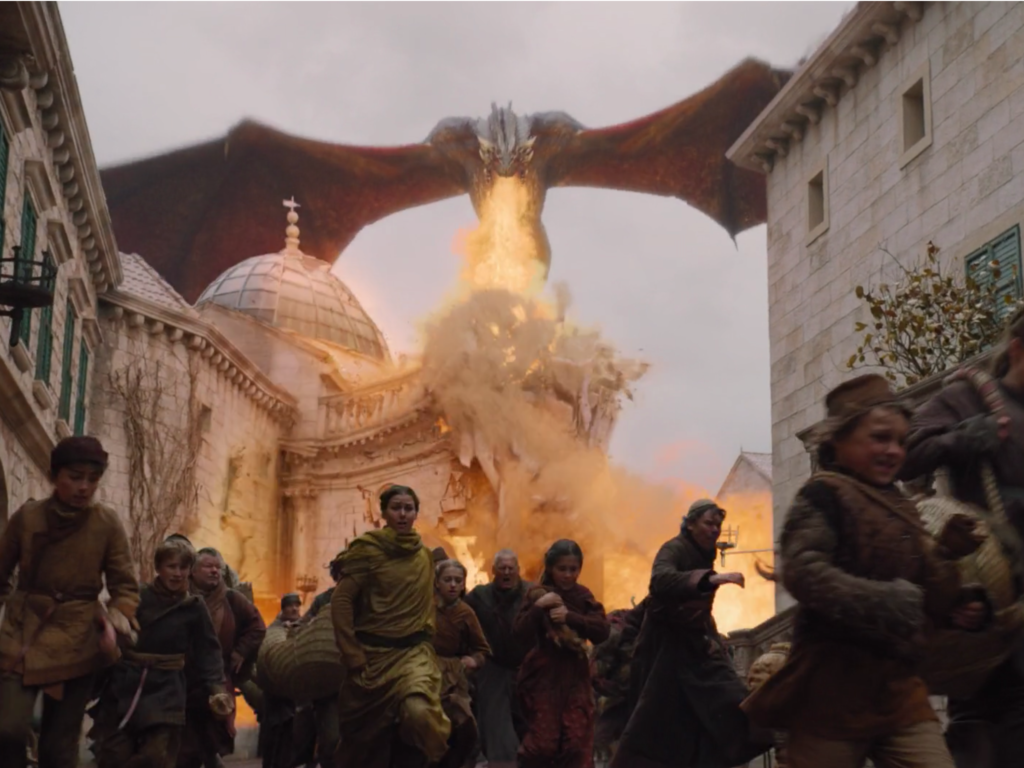 Jasmine Estrada named her daughter “Khalessi” because her own mother kept mispronouncing it, but still did so as a tribute to her favorite Game of Thrones character. That was six years ago and, while she long assumed nothing would make her regret that choice, things changed after Sunday’s episode.

“Oh my god, she lost her marbles,” Estrada said.

She told The Daily Beast that her friends and other fans warned her before she watched the episode late that she may not like what she saw. She waved it off and assumed they were exaggerating, but then saw it for herself.

“I’m kind of in shock. It was kind of disappointing that her power trip took over. That was not cool.”

Estrada says she’s still behind the “cool and powerful” name for her daughter, but isn’t too thrilled with the actions of the character its inspired by.

“I definitely don’t like the outcome of what she represents. So it’s kind of bittersweet right now.”

Buzzfeed News talked to a few of the parents who decided to name their kids after a fiction character whose character arc hadn’t been completed yet and sought their reactions to the new Daenerys and whether or not they now had any regrets. 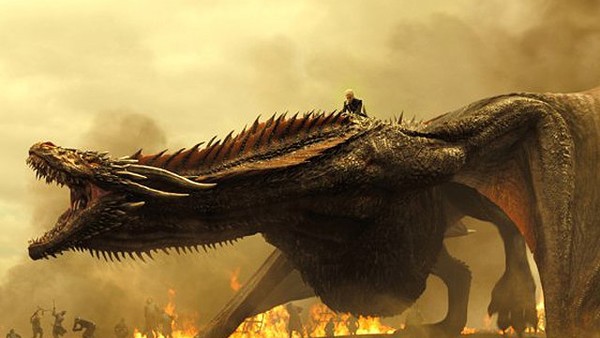 New mom Channy is the proud parent of her very own 11 month-old ‘Khaleesi’ and says she isn’t phased by the on-screen Khaleesi’s actions. 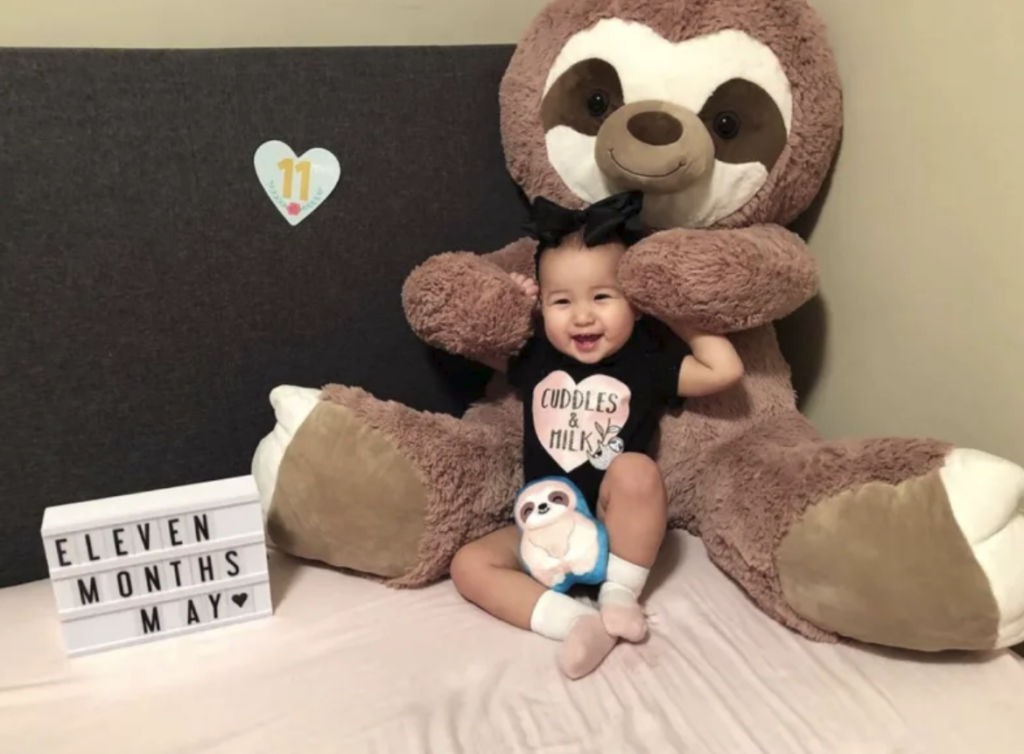 Channy says that while the episode itself was “intense,” she still supports Daenerys’ conquest. “She’s going for what she wants,” the mother told Buzzfeed.

Nikki Soto, another ‘Khaleesi’ mom is similarly supportive of the Targaryen tyrant.

“What girl hasn’t overreacted when they see their whole world crumbling around them?” she said. “I feel for her. I’m just bummed Jon and her have to be related. I wanted them to live happily ever after.”

She says her and her husband liked the name’s Dothraki translation to “queen” and chose it for that reason more so than its affiliation to Daenerys. 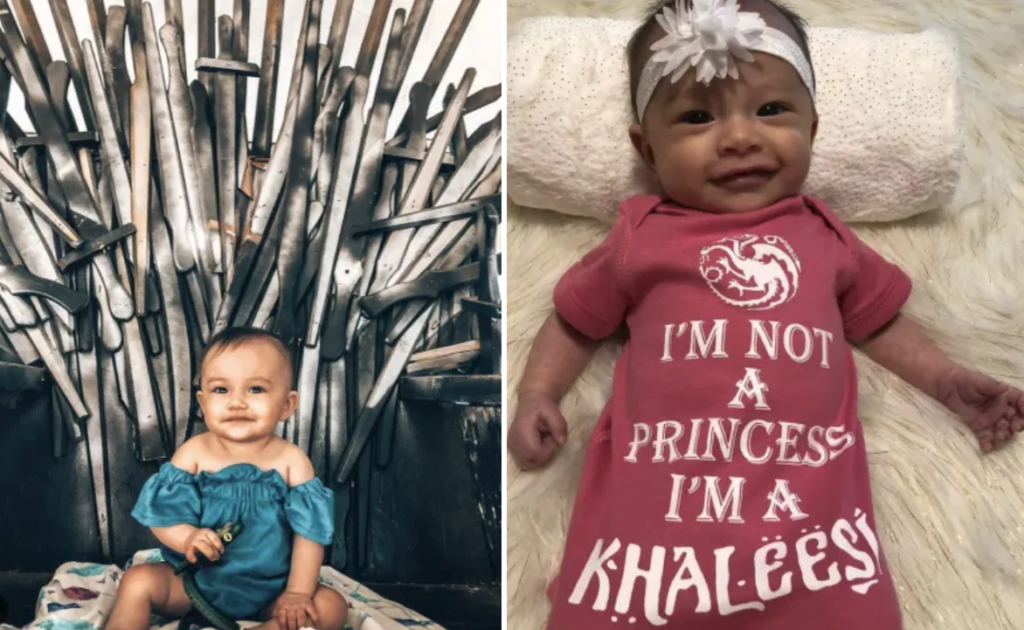 But one mom has yet to watch the new episode.

Shay (which happens to be another Game of Thrones character name), is waiting for her husband to come back from deployment to watch the episode with him, and I’m sure won’t feel any pangs of slight regret for naming her daughter ‘Khaleesi.’

However, she does state that she chose the name because she admired the strength of Daenerys so much.

“The name is unique and I also wanted her to be like Khaleesi. (Being a) strong woman and rock her world and everyone obeying her.”

While we can hope these baby girls won’t grow up to burn cities to the ground, it does seem like there’s one new ‘Khaleesi’ out there who isn’t afraid to get angry.