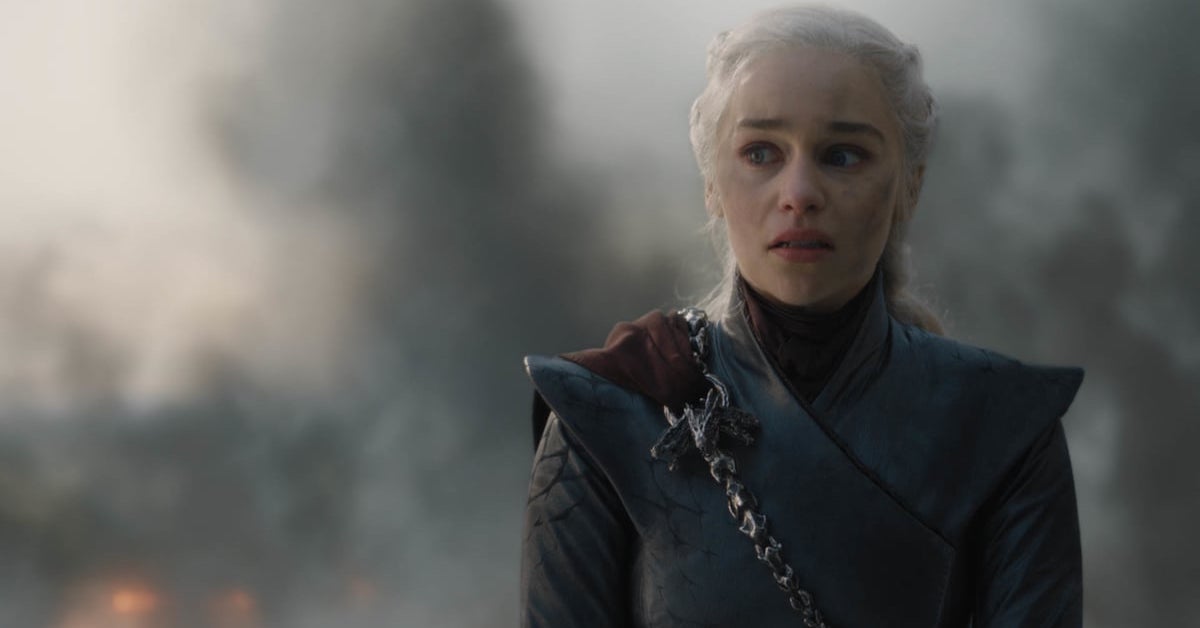 Warning: Spoilers ahead! If you haven’t yet watched Episode 5 of Season 8 of Game of Thrones (“The Bells”) then read no further!

If you’re still with me, hello and welcome to what the hell happened to Daenerys Targaryen to all of a sudden make her so cruel and merciless?

Daenerys does seem to be unraveling, especially after the loss of Missandei. Lord Varys, who’s secretly trying to poison Daenerys in the beginning of the episode, tells Jon Snow, “I’m worried for all of us. They say every time a Targaryen is born, the gods toss a coin, and the world holds its breath…We both know what she’s about to do.”

The saying about flipping a coin is alluding to the madness that supposedly runs in Targaryen blood. It could be in any one of the Targaryens, and when it manifests, you’d best be far away. That’s particularly relevant to the people of Westeros.

Varys also didn’t seem very surprised when Dany sentenced him to death for betraying her. It’s not like it’s completely out of character for Dany to go hard on her enemies—just remember what she did to the Khals inside the Dothraki temple in season six, episode four? (Hint: it involved a lot of fire.)

And earlier in the episode, Dany tells Jon Snow (who no longer returns her advances), “I don’t have love here, I have only fear.”

Daenerys wants to be and expects to be adored. “All right, then,” she decides moments later, “Let it be fear.”

So it’s becoming clear, even before the battle starts, that Dany is planning to burn King’s Landing down. Tyrion makes sure to set up a system wherein the bells would be rung if the city surrendered, and presumably, Dany would halt her attack. But that’s not what happened. The bells tolled and Dany just doubled down.

To a lot of people, Daenerys’ horrific, barbaric destruction of King’s Landing, even after they tried to surrender, seemed out of character for her.  But producers David Benioff and D.B. Weiss explained during the “Inside the Episode” featurette after the show that it was a series of things coming together that made the Mother of Dragons turn into a Mad Queen.

Benioff mentioned the fact that she’s lost all the advisors close to her, and at the very time she needs guidance, she’s got no one to turn to. She even lost another dragon. He said,

D.B. Weiss doesn’t think Daenerys’ full-on rampage was planned in advance though. Instead, he believes that her anger just took over.

I don’t think she decided ahead of time that she was going to do what she did. And then, she sees the Red Keep, which is to her the home that her family built when they first came over to this country 300 years ago. It’s in that moment on the walls of King’s Landing when she is looking at that symbol of everything that was taken from her that’s when she makes the decision to make this personal.

So perhaps, when you look at it in context, her behavior makes more sense. Maybe?

Anyway, you can check out the whole featurette below.