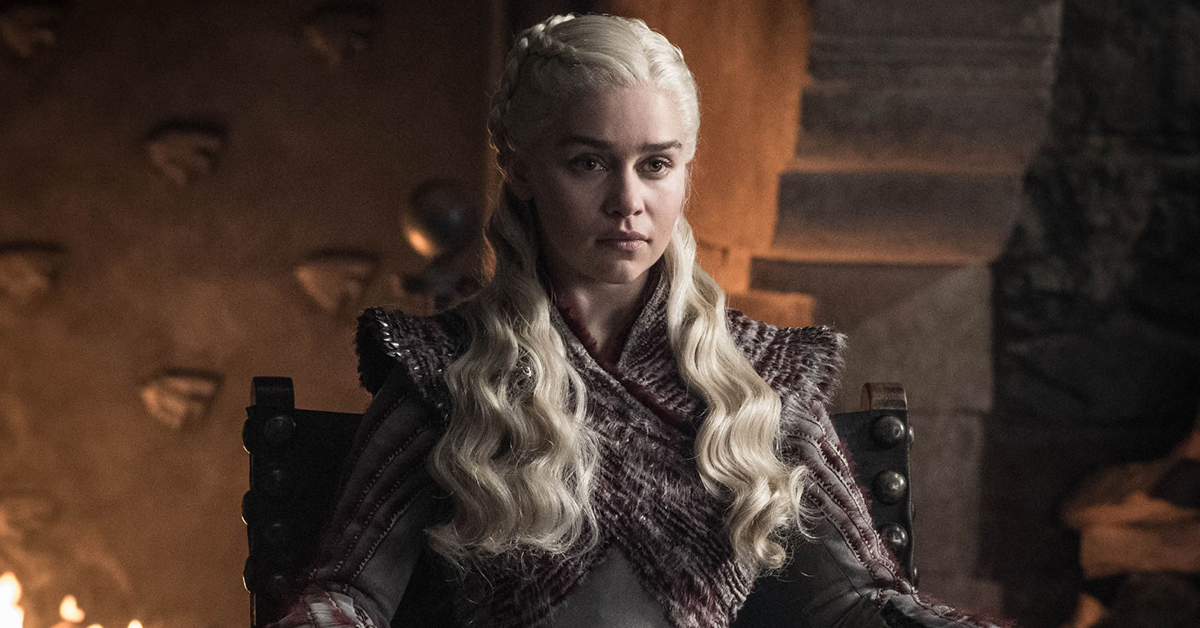 Lord Varys, AKA The Spider, AKA the master of whisperers, was the first (but certainly not the last!) major character to meet his doom in Season 8, Episode 5 (‘The Bells’) of Game Of Thrones. But almost everyone watching last night’s episode missed a ***key*** detail pertaining to Varys’ betrayal of Daenerys and his ensuing execution: mainly, Varys straight up tried to poison Dany.

But let’s back up to set the scene real quick.

After having learned of Jon’s true parentage and claim to the Iron Throne, Varys’ concern for Daenerys reaches new heights. Over the course of Season 8, every conversation The Spider has with Tyrion centers around his lack of faith in the Queen and his concerns that she will follow in her father’s footsteps to become the Mad Queen.

Tyrion, as the Hand, pleads with Varys to not do anything rash, arguing that she chose them as council to temper her worst instincts. But, when Varys asks him who will make a better ruler—Jon or Dany—Tyrion remains silent.

In the beginning of Episode 5, Varys is seen writing letters about Jon’s parentage and claim to the throne. We don’t know who the letters are addressed to, but more likely than not, they will be sent to all the great houses of the realm, who are already more inclined to trust a man from their side of the “world” than a woman from across the sea.

Then, one of Vary’s little birds, Martha, enters his room to report that Daenerys isn’t eating. She is also fearful because she believes Dany’s soldier’s are watching her. Their conversation goes as follows:

Girl: “I think they’re watching me.”

Girl: “The bigger the risk, the bigger reward.”

Though it isn’t explicitly stated, the meaning is clear: Varys attempted to poison Dany, but was unsuccessful because Dany wasn’t eating. His “bigger reward”—Dany’s death—never came to fruition.

IN FACT, one Reddit user believes Varys has been poisoning Dany for some time now—just as he did to her father, the Mad King Aerys II.

“I wanted to add I believe she has recently been poisoned as she has been losing it (s8),” wrote u/hmmmmletmethink. “This would have sewn the seeds of doubt Varys had been talking to everyone about. I believe Varys was going for a fatal dose this episode to prevent destruction.”

The fan points to Episode 4 (‘The Last Of The Starks‘)  as evidence—”At the celebration of the living in ep 4, we see time slow down for Dany with cuts to wine and Varys. Her anger, paranoia, and emotions are starting to show. Also, Varys is also acting very differently this episode, and he gets a good bit of screen time.”

Before she fully became the ‘Mad Queen’ and burned down The Red Keep and all its innocents, Daenerys’ actions—the same ones Varys called tyrannical and paranoid—were fully justified. Clearly, she had a reason to be paranoid.

ICYMI, Varys totally tried to poison Dany at the beginning of the episode. The callbacks to season 1 are amazing:

So…. everyone else got this too right ?? Lord Varys was having Martha the little kitchen girl poison Danys food. She was nervous the guards were watching her, he reassured her by “Greater the risk, greater the reward“ #GamefThrones #GOT #HBO pic.twitter.com/QrigC5t7ON

Guys, Varys was tryna poison her in the very first scene. Dany wasn’t eating cause she knew it. The little girl said they were watching her. Varys said they’d try again another time lol. https://t.co/J9d0Elg6jo

yo, Dany is surrounded by traitors
Jorah would never😭😭 pic.twitter.com/R8f3G4ynUp

I just realized that Varys tried to poison Dany with the little girl who works in the kitchens. “She won’t eat.” #GoT

Say what you will about Dany, but she had a good reason for doing away with Varys, even without knowing of his his attempt to poison her. The Spider planned to usurp the Queen.

If you’re still sort of confused about how Varys did that, the scene following Vary’s conversation with little bird Martha can shed some light: Varys goes out to speak to Jon and the Northern forces and tells him he knows the truth about his parentage all while imploring him to claim the throne.

Jon, for the umpteenth time, explains that he doesn’t want to be King and that he is loyal to Daenerys. As Jon walks away from Varys, Tyrion is shown watching the two men from above.