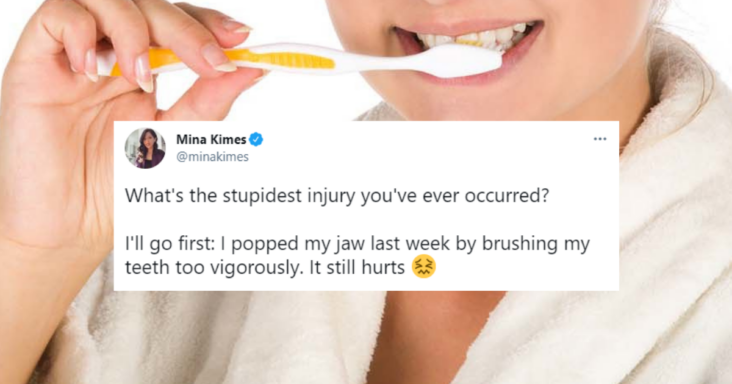 We all have that one injury that has a spectacular story attached to it. You’re probably thinking of yours right now.

That’s why NFL analyst Mina Kimes is currently going viral: she tapped into those memories we all have.

Kimes’ injury happened very recently, when she popped her jaw brushing her teeth too vigorously. Hey, we’ve all been there.

“One more: I have a dent in my thigh bc I was tapping a keg on a fire escape and the whole structure collapsed. Not my fault but kinda hard to explain.”

People began flooding to the tweet, with Kimes receiving 6.4K replies and 10.1K quote tweets – the majority of them were people sharing their own stupid injuries.

Here are 21 of the stupidest injuries from klutzes of Twitter.