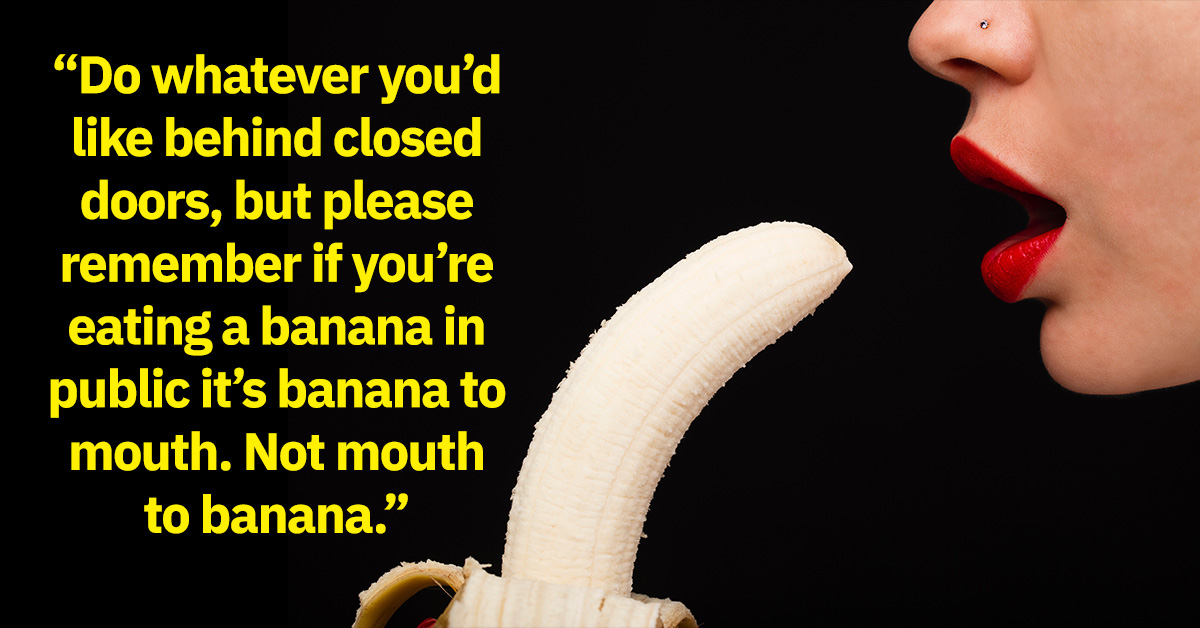 People have a lot of opinions about food, but some things are agreed upon by everyone for the most part. Like, one time I saw someone eating string cheese without peeling it. It didn’t sit right with me. I think a lot of you would agree that’s the wrong way to eat it.

There are a ton of examples like this that I can think of. I remember one time I saw my friend eating shrimp without removing the tails. He had no idea that you weren’t supposed to eat the tails.

This AskReddit thread is full of even more. Some of these I never knew needed to be learned, but here we are. Here are the best responses.

What are some foods that most people have been eating the wrong way or not the way it was intended? 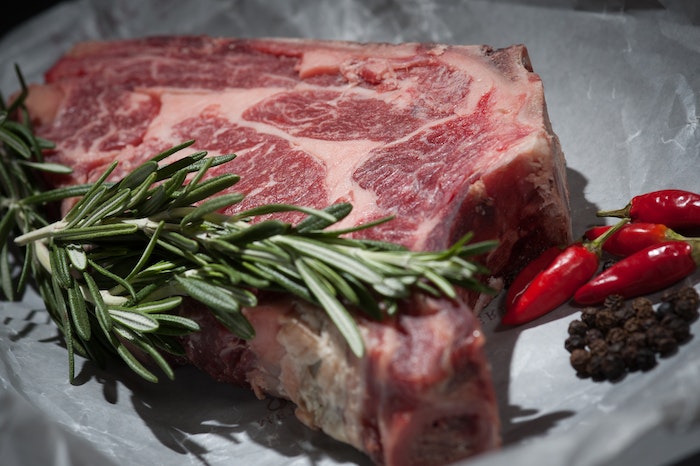 via, Photo by mali maeder on Pexels

My dad believes steak should be well done. And by well done, unseasoned shoe leather.

Growing up I never could fathom why anyone loved steaks, and why they were such an ‘expensive treat’ at the house.

My dad would buy these beautiful, thick-cut rib eyes, then toss them on the flaming grill with no seasoning, cook them on one side for seven minutes, flip, then the other side, till they had shrunk half their size and were charred. Then he would berate us for using sauce because ‘it covered up the flavor of the meat.

No Scott, your inability to cook on a grill covers the flavor.

It wasn’t until I was 18 and living on my own that I tried to grill my own.
Seasoned with garlic powder and salt, flipped on the flaming grill often and buttered between flips, taken off when I was tired of waiting, I had my first medium rare steak that melted in my mouth.

I have never let my father ‘cook’ me another steak since. 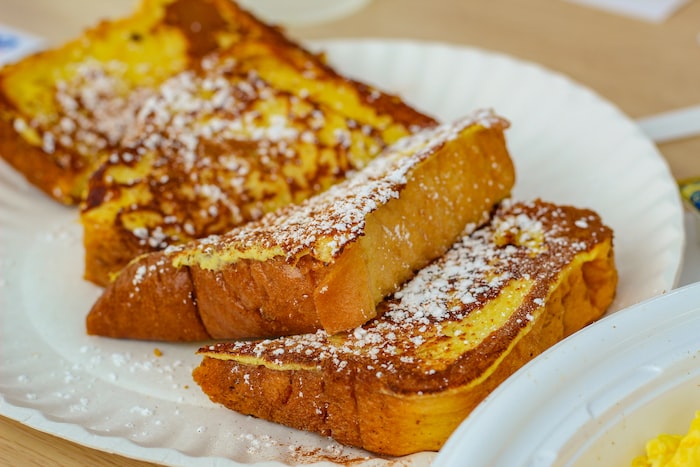 via, Photo by Crystal Jo on Unsplash

Okay, so this is more along the lines of me eating a certain dish the wrong way, but when I was little my mom would make french toast except she would put chilies, onions, and sometimes chicken on it. I grew up thinking french toast was a savory dish until I ordered it at a diner and it was sweet. I still like my mom’s version of french toast better tbh. 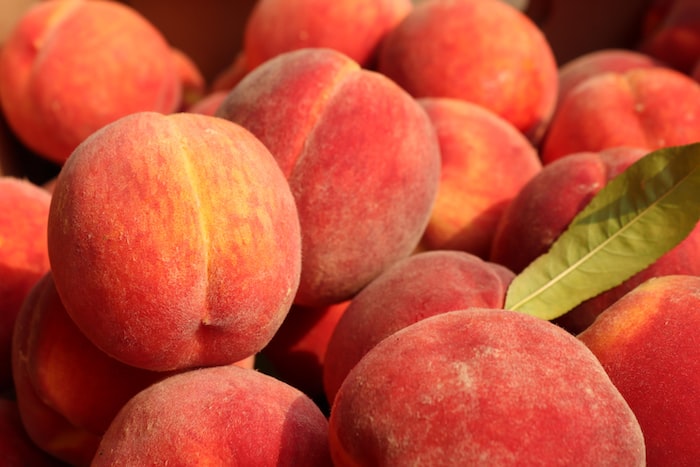 via, Photo by NisonCo PR and SEO on Unsplash

My grandfather enjoys eating lightly salted peaches with mayonnaise. If you didn’t know there was a wrong way to eat a peach, now you know. 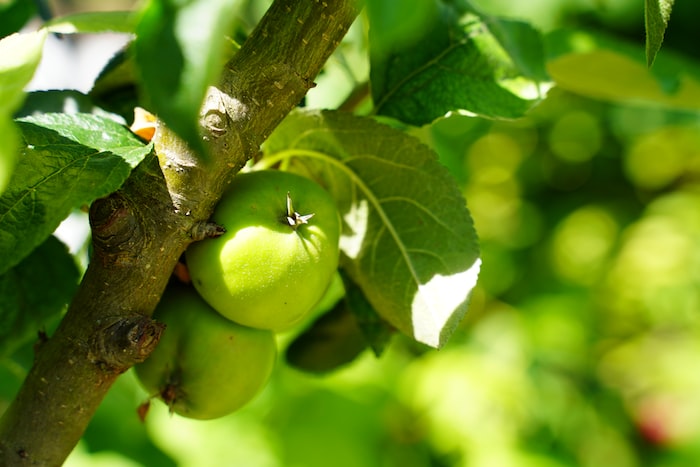 via, Photo by Sebbi Strauch on Unsplash

My dad served us underripe fruit my entire childhood because to him firm = good and soft = bad. The first time I had a mango that was actually ripe I was an adult and the experience was borderline orgasmic. 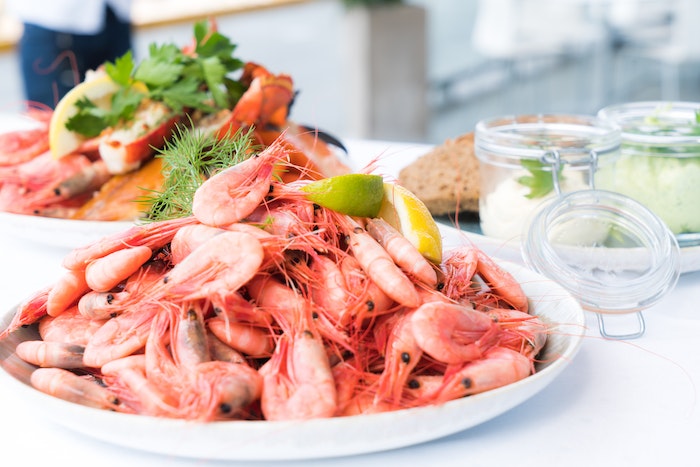 via, Photo by Terje Sollie on Pexels

You have to devein shrimp, or else you’re eating their poop. 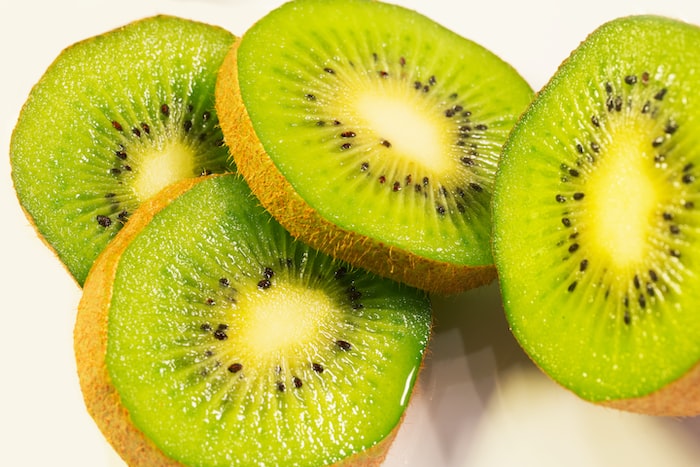 via, Photo by Dan Bucko on Unsplash

I eat Kiwis with the hairy skin on. My mom said I seemed to like it so she wasn’t going to stop me.

Later on, I find out that I’m a freak of nature for doing it, but I still eat it that way because I just like it. The only downside is that since I like the texture of the hair and skin, I have “forbidden fruit” moments when I’m looking at the abdomen of a tarantula. 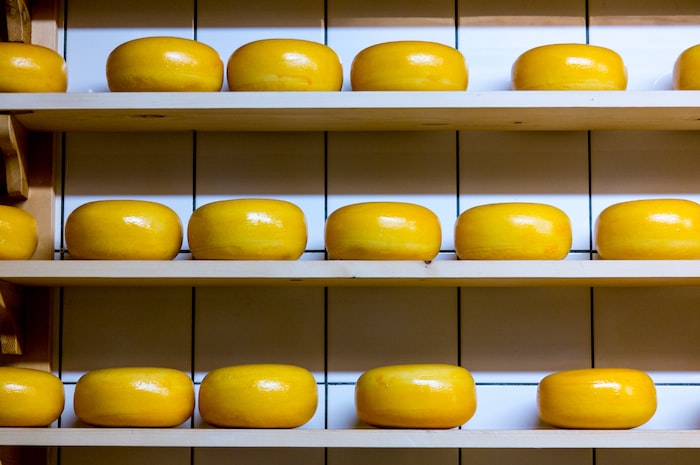 via, Photo by Katrin Leinfellner on Unsplash 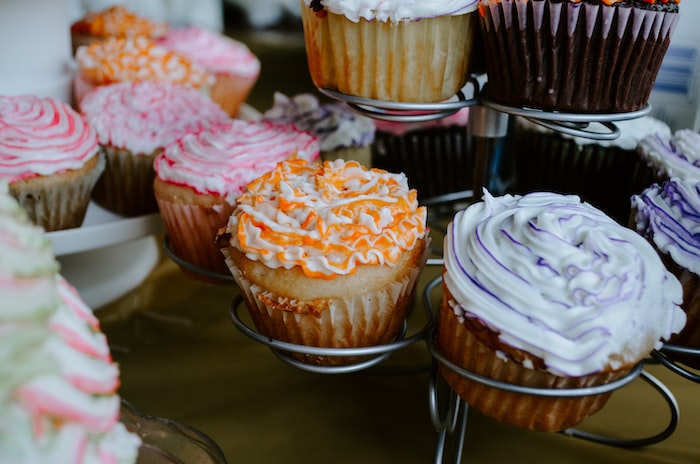 via, Photo by Kelly Sikkema on Unsplash

There was a comment a long time ago from a guy who found out in adulthood that you aren’t supposed to eat the cupcake wrappers when someone looked horrified when he ate it. 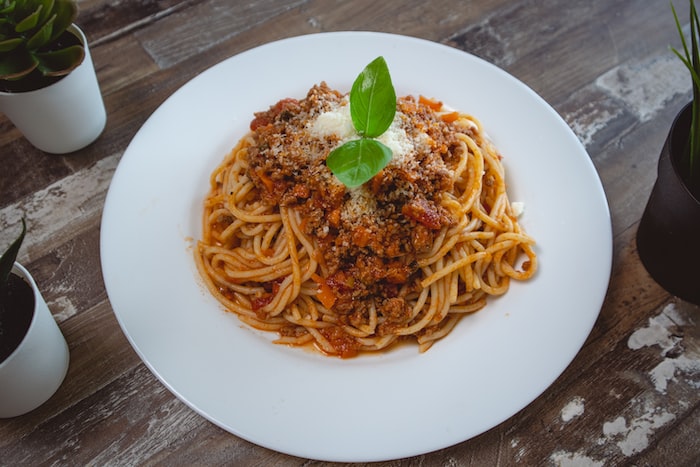 via, Photo by Homescreenify on Unsplash

To everyone who eats spaghetti with a little itty bitty smidge of sauce at the top with the rest completely dry and white: Atone or be banned from cooking forever. 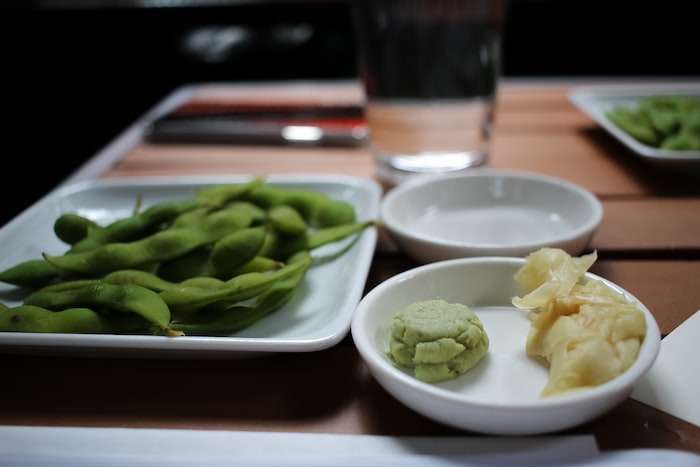 via, Photo by Crystal Jo on Unsplash

When I first ate edamame I chewed up the entire pod and couldn’t figure out why people enjoyed eating them. I didn’t realize you’re just supposed to eat the bean inside the pod. 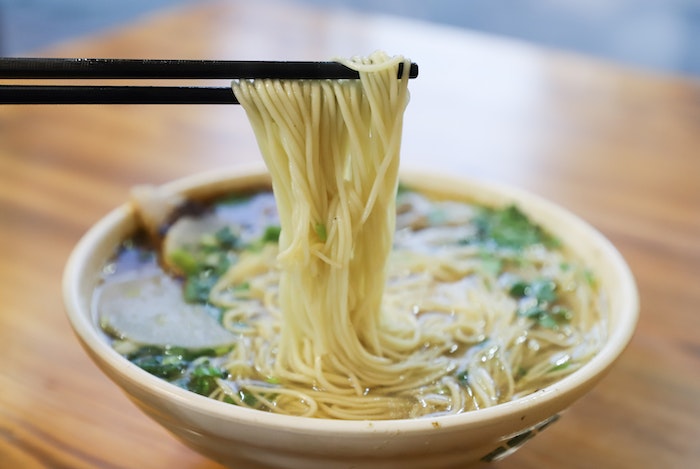 via, Photo by Cats Coming on Pexels

It’s not traditional to eat Thai food with chopsticks. They use a fork and a tablespoon. Stop asking for chopsticks in Thai restaurants. 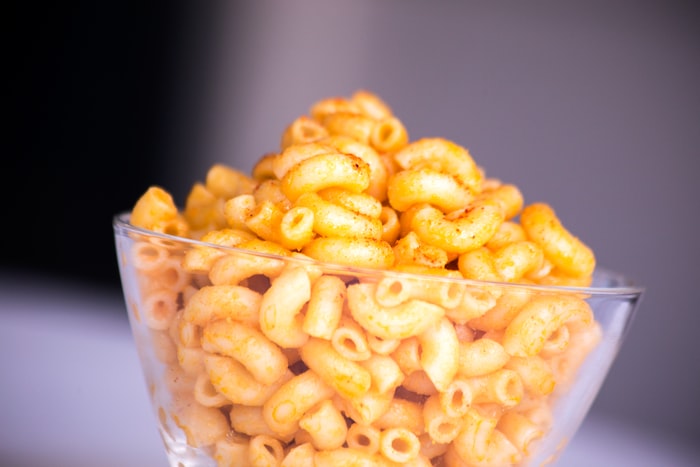 via, Photo by Hermes Rivera on Unsplash

My buddy’s stepdad puts sugar in his f*****g mac and cheese. Sometimes I think about it and I can’t sleep 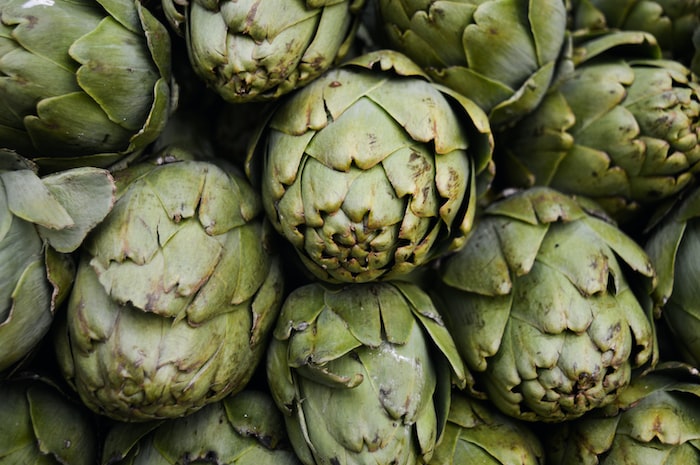 via, Photo by Reut on Unsplash

[A man once sued a restaurant in Miami for serving him an artichoke which he promptly ate all of.] I don’t mean like “he finished the artichoke” – I mean that this guy, who apparently is a *Doctor*, just ate the entire f*****g thing, including all of the inedible parts.

For those of you who have never encountered an Artichoke, the edible part of the plant is a fleshy substance that is on the inside parts of the leaves. You scrape it off and eat that part and discard the leaves. The artichoke heart, at the middle of all of the leaves, is also edible (and delicious). The stem and the fibrous leaves are not edible. Well, I guess except for this guy. 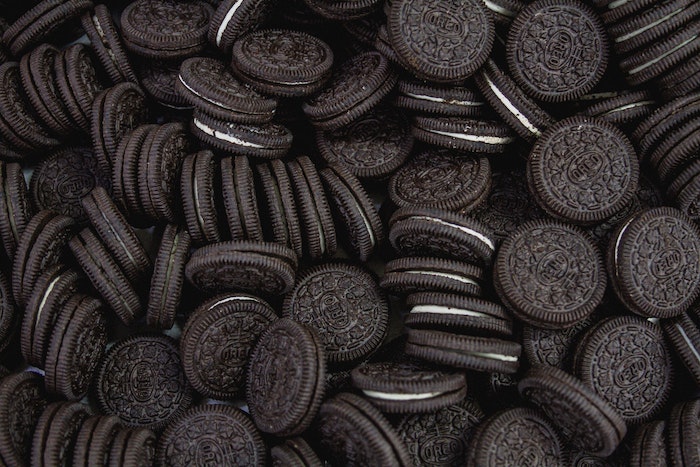 via, Photo by Celso Mejía on Pexels

Not others but I don’t take Oreos apart and lick the frosting off first, I just bite into them like a savage. 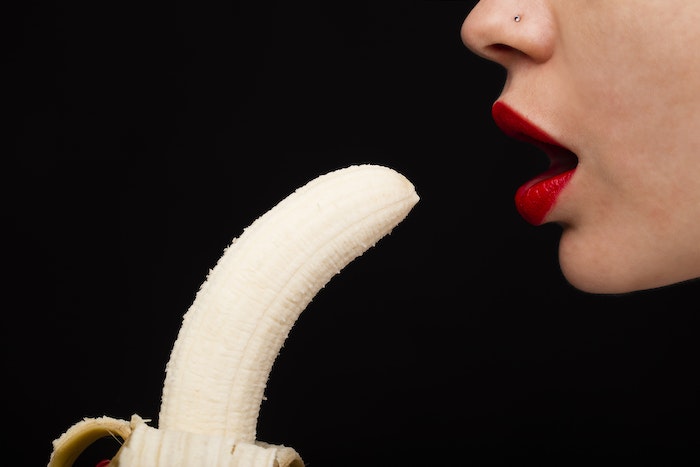 via, Photo by Deon Black on Pexels

Ladies and gentlemen of Reddit. Do whatever you’d like behind closed doors, but please remember if you’re eating a banana in public it’s banana to mouth. Not mouth to banana. 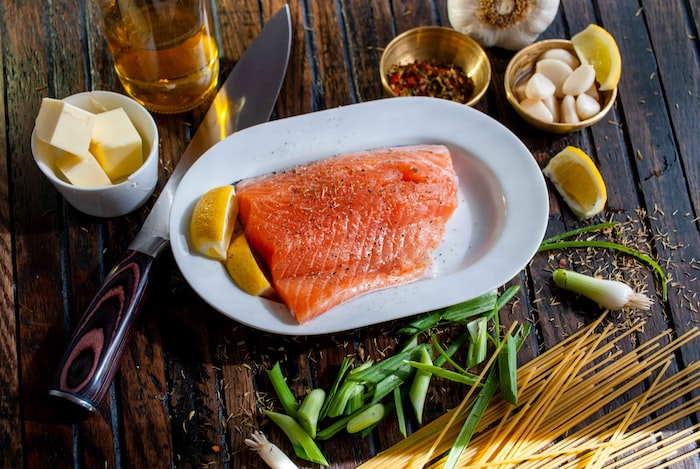 via, Photo by David B Townsend on Unsplash

This is really relevant to me today because I just found out that my girlfriend has been buying smoked salmon for years and then cooking it! 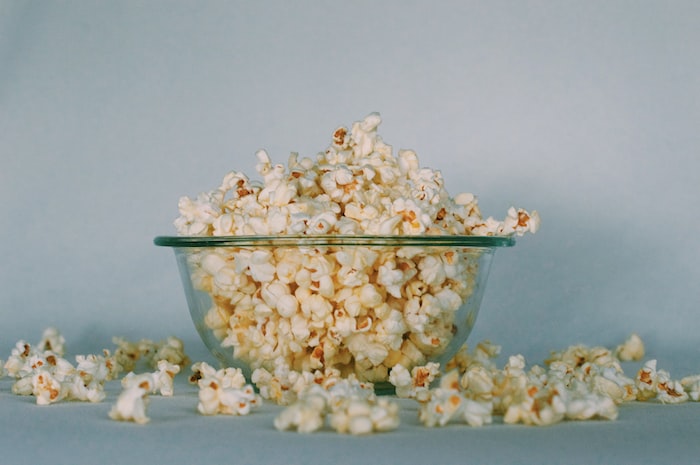 via, Photo by Georgia Vagim on Unsplash

My friend eats popcorn by picking the fluffy parts away from each piece and discarding the “seed” center. Every time I tell him he’s an idiot but he’s too stubborn to just eat a damn piece of popcorn like a human 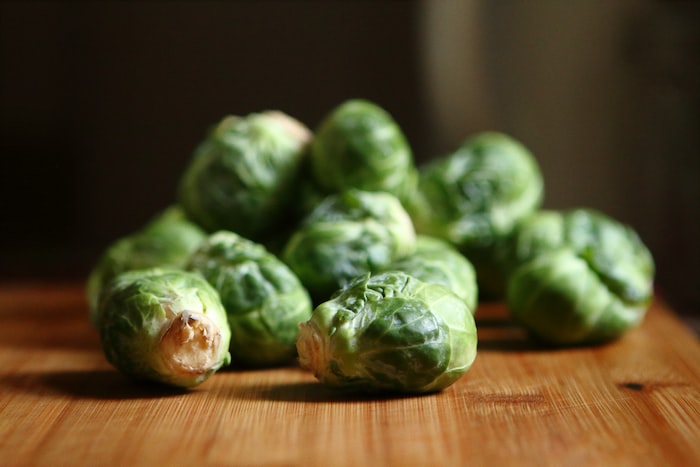 via, Photo by Keenan Loo on Unsplash

If you steam Brussels sprouts and also don’t salt and pepper them of course you don’t like them. They need to be charred and on the brink of almost burnt for them to be good. Olive oil salt and pepper in a 450-degree oven cut in half and cook for 10 to 15 minutes. 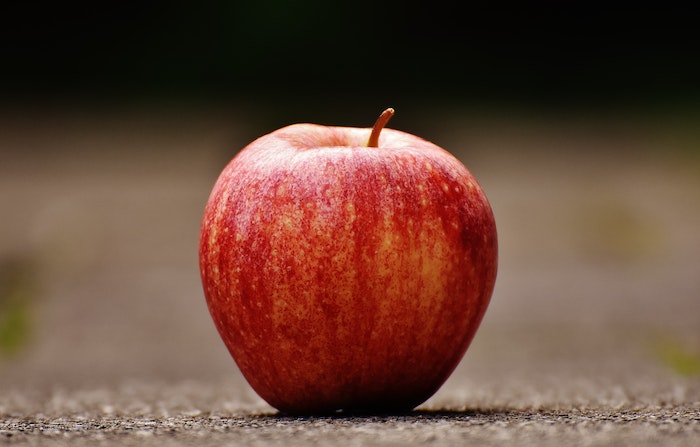 My grandpa would peel a green apple using this nifty little device, then salt it and put it on a stick, and give it to me 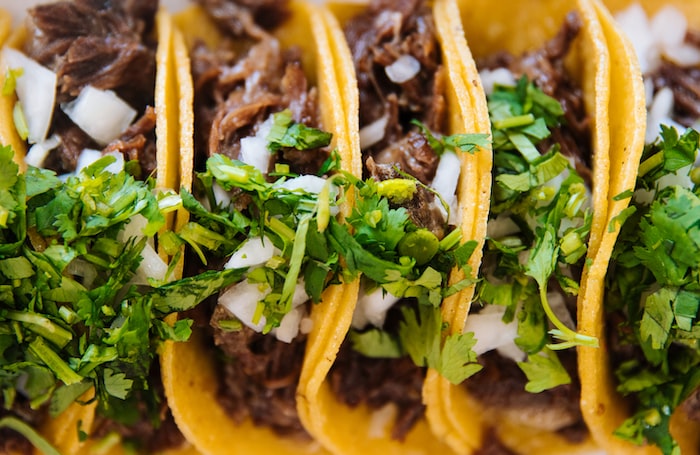 via, Photo by Jeswin Thomas on Unsplash

Ya seen these taco lickers? You heard of these guys? Yeah, well there are these people out there, and I don’t know who raised them or how they turned out the way they did, but they eat their tacos middle-out. They dip their heads down to their tacos and lick out all the insides first, then eat the soggy shell afterward.

Sometimes they don’t even eat the shell. I can’t take my kids out to the Taqueria anymore because of these freaks. I don’t want my little girls to become taco lickers. It’s just not natural and I will not have any taco lickers living under the roof of my house! 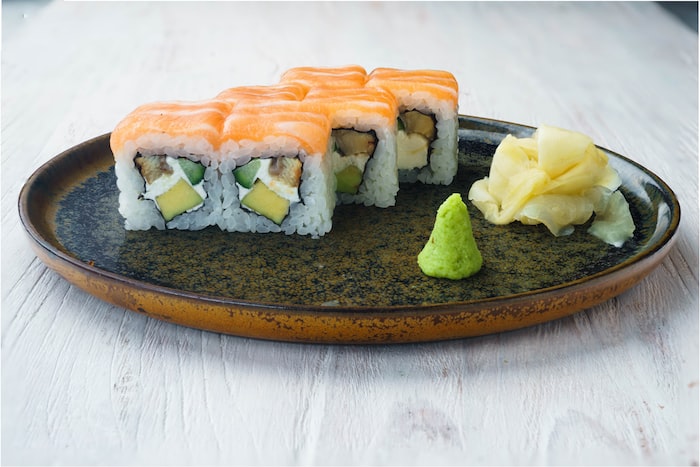 via, Photo by Food Photographer phototastyfood.ru on Unsplash

Ginger with Sushi. You’re actually supposed to eat the ginger slices between eating the rolls of sushi so as to cleanse the palate.

Although, personally I love putting ginger and Wasabi on my sushi roll and then eating it in one bite. 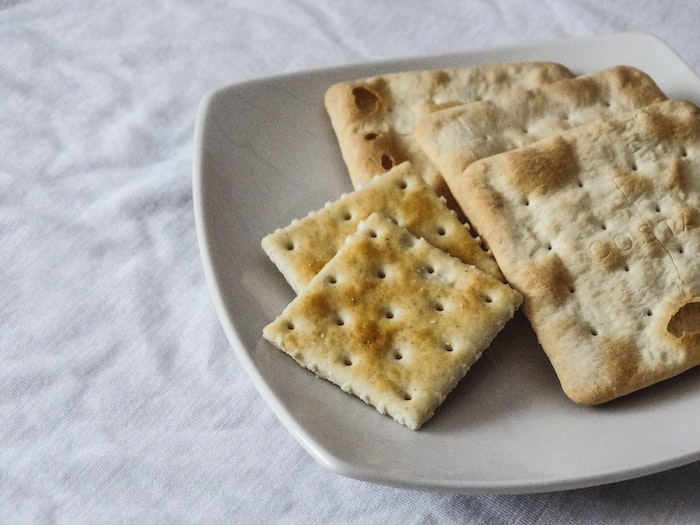 via, Photo by Romina BM on Unsplash

For me, it was crackers with any sort of topping until my wife showed me the error of my ways.

I would always put cheese, or whatever spread I might be eating with the crackers on the top i.e. salty side of the cracker. My wife lost her ever-loving mind when she saw me do this.

She then proceeded to explain to me that I should turn the cracker over and put the spread, cheese, or whatever on the bottom so that the salty side would hit my tongue when I put the bite in my mouth.

It was a revelation. 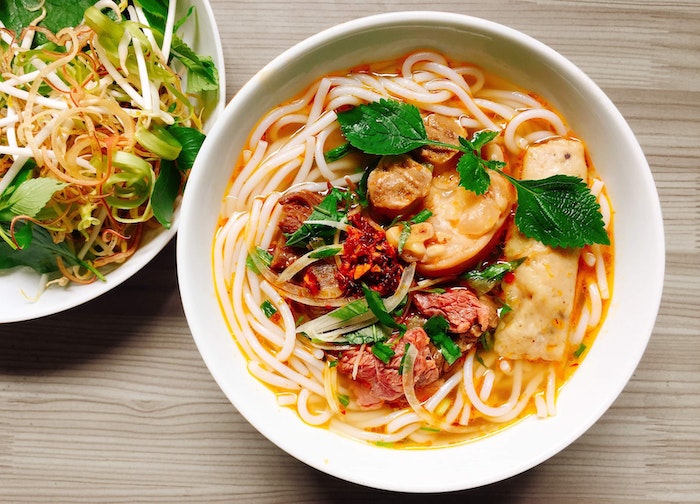 People can make their basic ramen taste a bit better, open the packet, take out the seasoning, set it aside, and cook the ramen just in the water, after its cooked drain the water leaving only a tiny tiny amount, and pour some more out you still have too much, just a little, and add the seasoning and mix it at that point, it actually flavors the noodles themselves and makes em taste much better 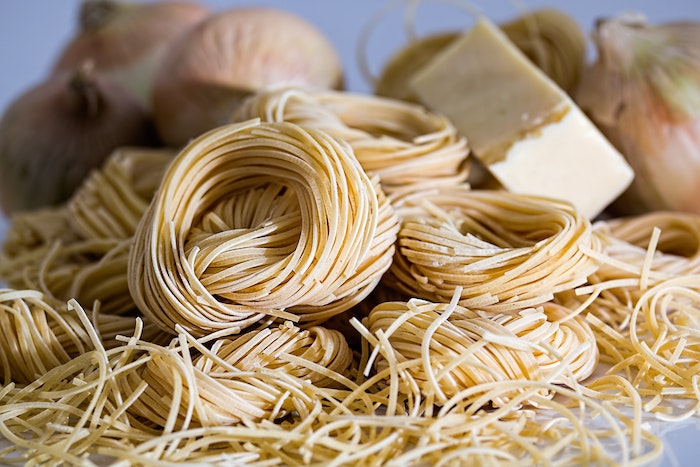 It might have been said already, but I got tired of scrolling.

I don’t know if it’s “most”, but I know it’s fairly common to rinse off your pasta after you drain the water. Don’t do that.

Also, cooking the pasta until it sticks to a wall means you overcooked it.

I’ve read plenty of ways “to make your pasta better” but those two simple things are the only ones that really made any difference to me. 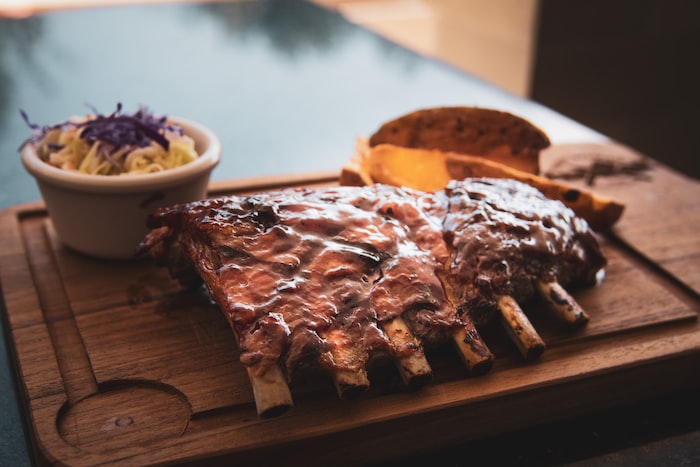 via, Photo by Bao Menglong on Unsplash

Not many people know but you are supposed to remove the membrane that is on the bottom of a rack of ribs before you cook them. It makes them easier to cut and eat.