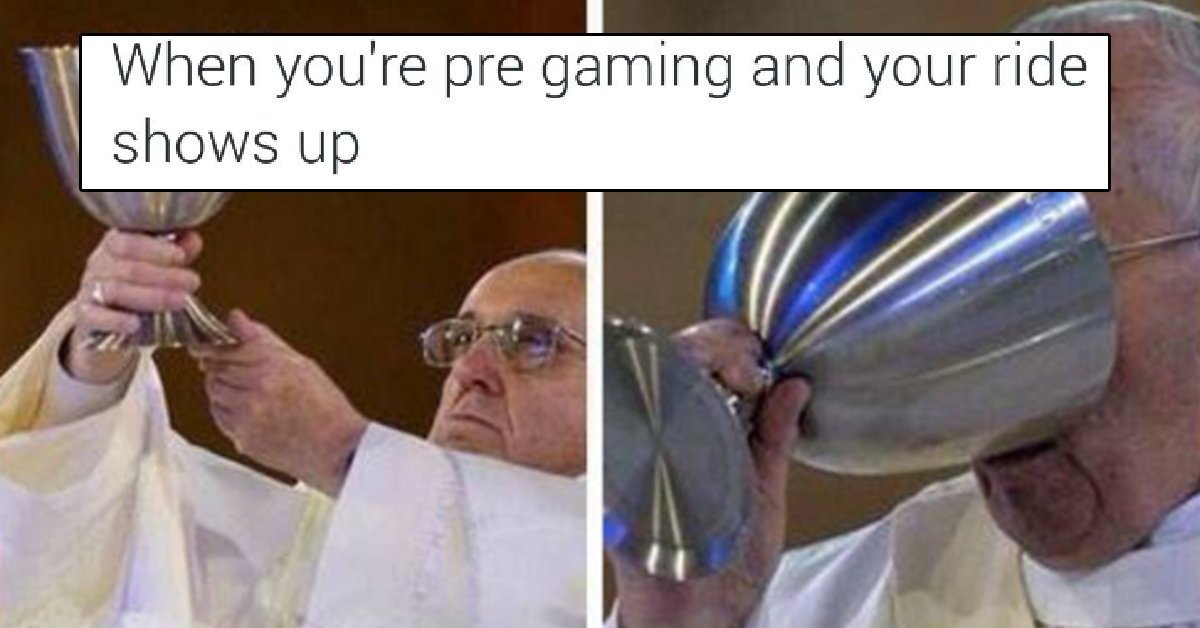 For those of us raised Catholic, there have been certain memories (and deep-seated issues) swirling around our brains since childhood. Stuffy suits for Easter Mass, picking a Confirmation saint, boring homilies, and so much more!

With the Easter season coming to a close, maybe take a little time to laugh at these Catholic memes so you can have something to repent during your next Confession.

After all, Jesus technically died for these memes too.

when you're catholic & you forget to go to church on ash wednesday pic.twitter.com/uWtAalZ20h

Easter is almost here so why not from memes

[last supper]
Jesus: *raising chalice* let us sup
Judas: what's sup?
Jesus: Not much what's up with you lmao
Judas: this is the last straw

when you’re supposed to be performing mass but ur getting roasted in the group chat pic.twitter.com/gi6jk3pqlO

Walking out of confession but knowing you'll be back again next week with the same exact sins. #GrowingUpCatholic pic.twitter.com/HMtUHtuZlV

Judas: still on for Friday?
Jesus: Friday?
Judas: yeah, the last supper
Jesus: the what?
Judas: supper. Normal supper with the fellas

How many syllables does the word "Gloria" have?