Whether you like it or not, Pokémon Go has taken over the world. And while a lot of people are really enjoying playing the augmented reality game that has users exploring the real world while trying to capture virtual creatures, there are a large number of others who have had enough of it. If you need proof of that, simply check out some angry rants on your Facebook feed or, you can just look at the hilariously angry Pokemon note below. 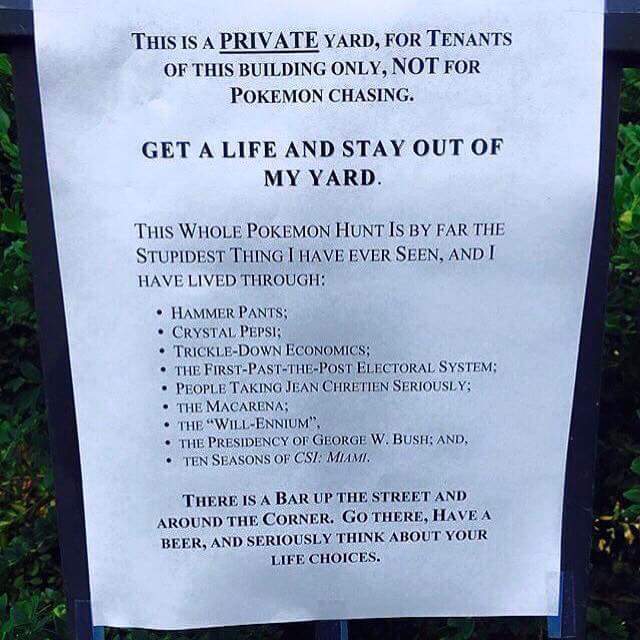 I’ve gotta say, it’s pretty nice to see all of the stupid things we’ve done over the past 30 years or summed up in a few words. Now if you’ll excuse me, I’m off to throw on my Hammer pants, pop open some Crystal Pepsi and binge watch the entire ten seasons of “CSI: Miami”.

While we’re on the subject of random notes, Whoever Wrote This Funny Rematch Wanted Flyer Is My New Favorite Person.