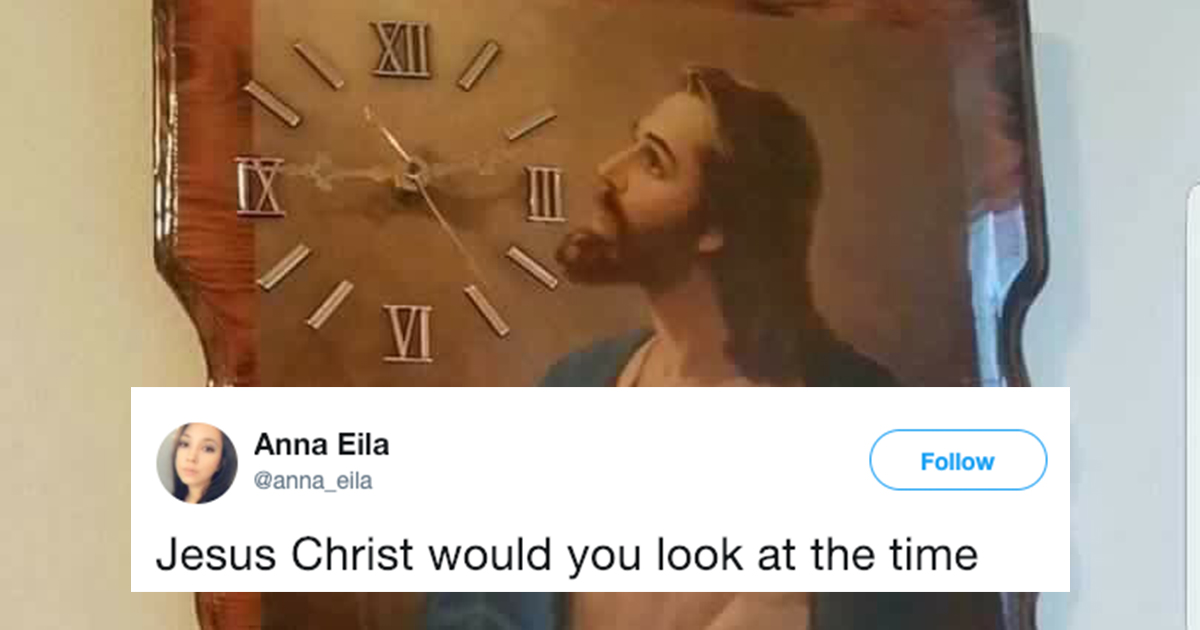 We know the first day back to work after the holidays is a tough one, so give yourself a break by enjoying some of the most hilarious jokes we found on Twitter this week.

Seriously, these funny Tweets will turn your exhausting day right back around.

when i was 6 i named my animal crossing character “sex” and couldn’t change it back so panicked, went outside the next day and smashed the game card with a hammer i have lived with this my whole life

Jesus Christ would you look at the time pic.twitter.com/tb8Rqs81ic

Basically every time we eat dinner my dog starts bawling so we got her a chair so she could be included and she hasn’t cried since😩😩😩 pic.twitter.com/EAabKOlY0F

Did my dog just pet my cat?? And did my cat just hug my dog?? pic.twitter.com/PuNWB1Ggzw

Just got to the part in Mean Girls where they’re doing their apologies and one girl says “Alexa, I’m sorry I called you a gap-toothed bitch” and my Amazon Alexa said “no worries”.

I’m too lazy to take the tree out so I just put some clothes on it and am telling people it’s my shy roommate. pic.twitter.com/tLpZDuBTHh

tonight my abuelita whispered, “I want to show you the most beautiful girl in the world,” solemnly leading me to a table packed with old family photos. with one, shaky finger, she pointed, slowly, to a photo… of herself