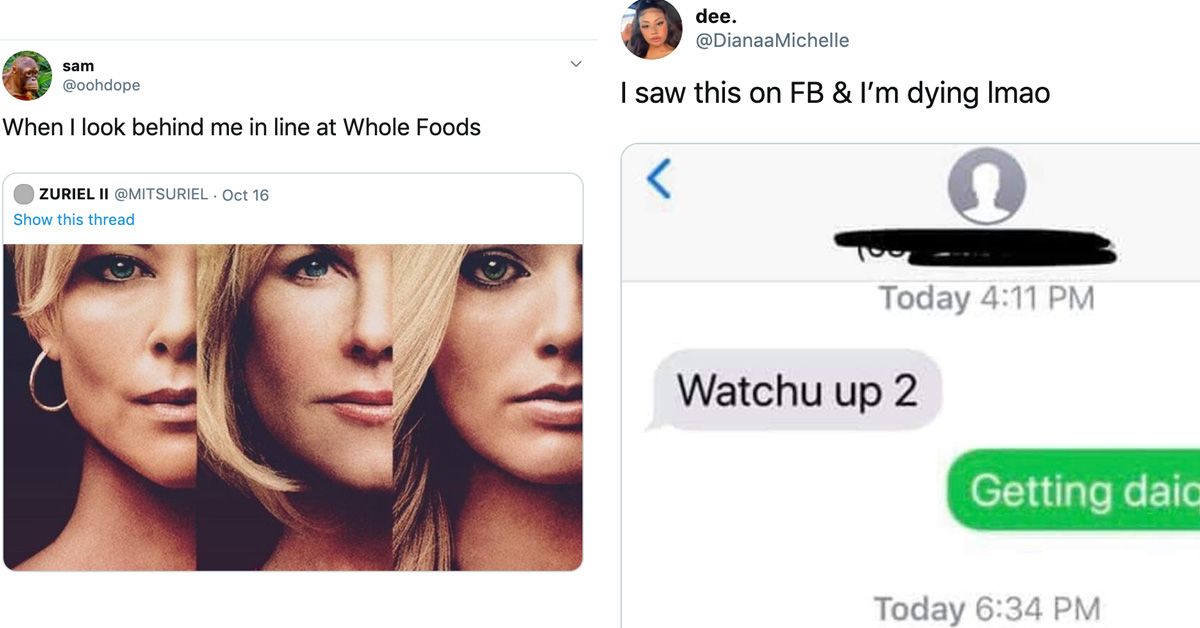 The worst part of social media is the neverending, relentless stream of new content. It makes unplugging and living real life that much more difficult. Incidentally, this is also the best part of social media. It’s nearly impossible to get bored when the number of informative videos, funny tweets and memes, and interesting articles is quite literally infinite.

That being said, here are the 37 funniest and most viral tweets of October 2019.

Me, opening my eyes to see I have two minutes left before my alarm clock goes off: pic.twitter.com/LCtGclewhB

the crumbs in my bed exfoliate my skin

🎶Row, row, Robocop
Gently down the stream
Directive one: Uphold the law
I am part machine🎶

we let an older lady at work organize the cake toppers pic.twitter.com/uQHa0jCvgs

How did she kept a straight face😂🤣 pic.twitter.com/TfuIFE77cV

When I look behind me in line at Whole Foods https://t.co/nVd25n4kkm

I give every guy I date a 3 red flag rule.

Me on my way to tell the waitress she got my boyfriend’s order wrong pic.twitter.com/G1WJQW3RT4