Whether you are for her or against her, I feel like this is something we can at least all laugh at. This is exactly why social media is both the best and worst thing to happen to us. Poor Hillary was taking what she thought was perfectly normal selfie with a kid who supported her, but then the Snapchat text was added. This just might be the biggest Hillary Clinton Snapchat fail so far. Now I’m not saying it’s OK to do this. I’m just saying I’ll probably laugh whenever someone does it. Let’s have a look, shall we? 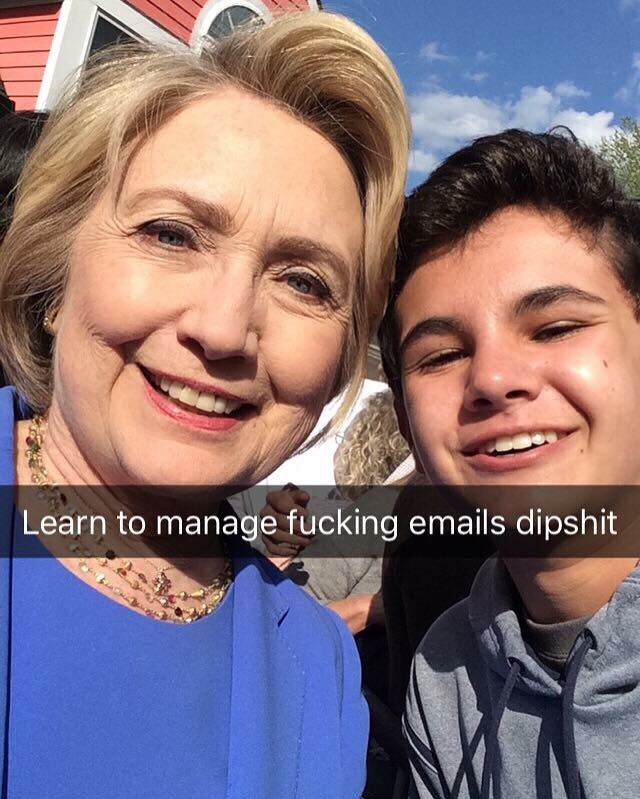 Be careful about taking selfies if you’re a public person. You are never safe from the sick twisted world that is social media.

Now I’m not sure if this kid is actually responsible, or the Internet just had their way with the selfie, but if he did it, I’d actually love to see him track down the rest of the Presidential nominees and do something similar.