Most of us who have siblings are guilty of losing touch with them at times. Life gets busy, you live in different places, and it’s just hard to keep up.

Apparently, this isn’t an uncommon trait among celebrity siblings either. Home Alone star Macaulay Culkin, for example, had no idea that his younger brother Kieran was nominated for a Golden Globe until he watched the ceremony last night.

Needless to say, Twitter couldn’t get enough of Macaulay’s reactions and the award for Sibling of the Year goes to…

For those of you who may not know, Macaulay Culkin has a younger brother named Kieran who is also an accomplished actor. 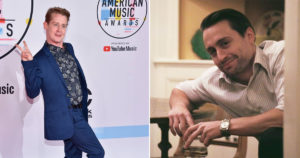 They used to be pretty close. 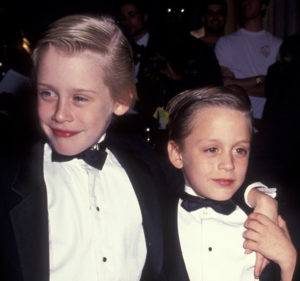 But like many siblings, they have their own lives and careers that keep them busy.

Which is probably why Macaulay had no idea that Kieran was nominated for a Golden Globe for his performance on the popular HBO show Succession. 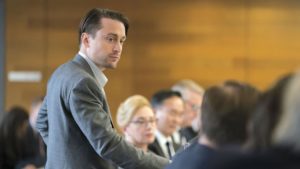 Kieran was nominated for Best Supporting Actor in a Series, Miniseries, or Motion Picture Made for Television for his iconic role on the HBO TV series.

Seriously, he had no idea until he saw Kieran on television during the Golden Globes live broadcast.

Oh shit! My brother is at the Golden Globes?! That is so cool! #GoldenGlobes

Macaulay even got a really good close up of his brother while watching him from home.

And he was impressed to see Kieran sharing a table with so many A-listers.

Whoa! Kieran has such good seats! Dude, ask Gaga why she isn't following me on Twitter! #GoldenGlobes

But it wasn’t until later that Macaulay clued into why his brother was attending the Golden Globes.

Man, I should really answer his calls more often. Thanksgiving is going to be really awkward this year. #GoldenGlobes

And he was disappointed when Kieran didn’t win.

This show is rigged!!! I was totally pulling for Winkler. #GoldenGlobes

(No one tell Keiran he didn't win)

So disappointed, in fact, that he changed the channel.

This show is rigged!!! I was totally pulling for Winkler. #GoldenGlobes

(No one tell Keiran he didn't win)

Needless to say, Twitter was cracking up at Macaulay’s cluelessness.

Don't you guys have a family Whatsapp group?

I hope he didn't leave you home astray!

I love how you’re fangirling your bro

Some followers forgot he even had a brother.

And another reminded us Macaulay actually has 7 siblings.

Welp, Macaulay Culkin, if this doesn’t inspire you to keep in better touch with your bro I don’t know what will.