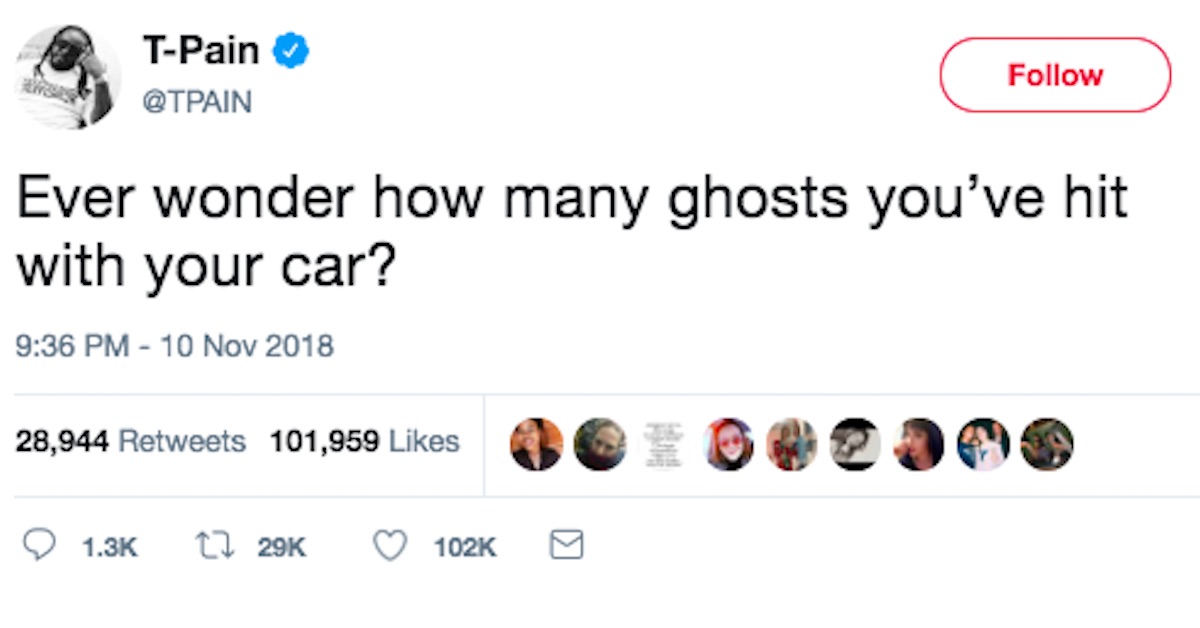 So much of Twitter is disposable content. Actually, that goes for most of the internet. But sometimes a person will tweet something that really makes you stop in your tracks and think.

Maybe it’s a thought that person had that is so relatable or hilarious, or a realization, or something that should exist but doesn’t. Like, we can get Shazam for songs and shoes and birds and plants, why can’t we get Shazam for other people’s emotions?

These are the things that pop into our brains right before we fall asleep, or as we stand in the shower trying to wake up in the mornings. Things that are simple but hit the nail right on the head.