According to Mashable, this was enough of an issue that a salami company called The Meatman rose to the top of these Google results with a blog post titled, “Can My Cat Eat Salami” written in 2017. Though the company is now defunct, its blog continues to rise because of its excellent SEO. It’s also become famous for a typo in the first paragraph that reads “cats can have little a salami.”

This might be more info than you need to enjoy the meme, but it explains why some people write the words out of order with their meme and some don’t. The idea of feeding a cat a little salami is hilarious no matter what, but it’s extra funny to see a cat searching for an answer and getting the typo result.

120. cats can have little a salami…. pic.twitter.com/KYDYhdJHQU

That meme was created on Tumblr, then got famous when Redditor HeftyDMV posted a screenshot of it to the subreddit r/me_irl, according to KnowYourMeme. Since then, the meme has taken off on every social media platform because people love cats and love saying “a little salami.”

Below are some of the best iterations of the silliest meme of 2019. Now, when are we going to feed these cats? 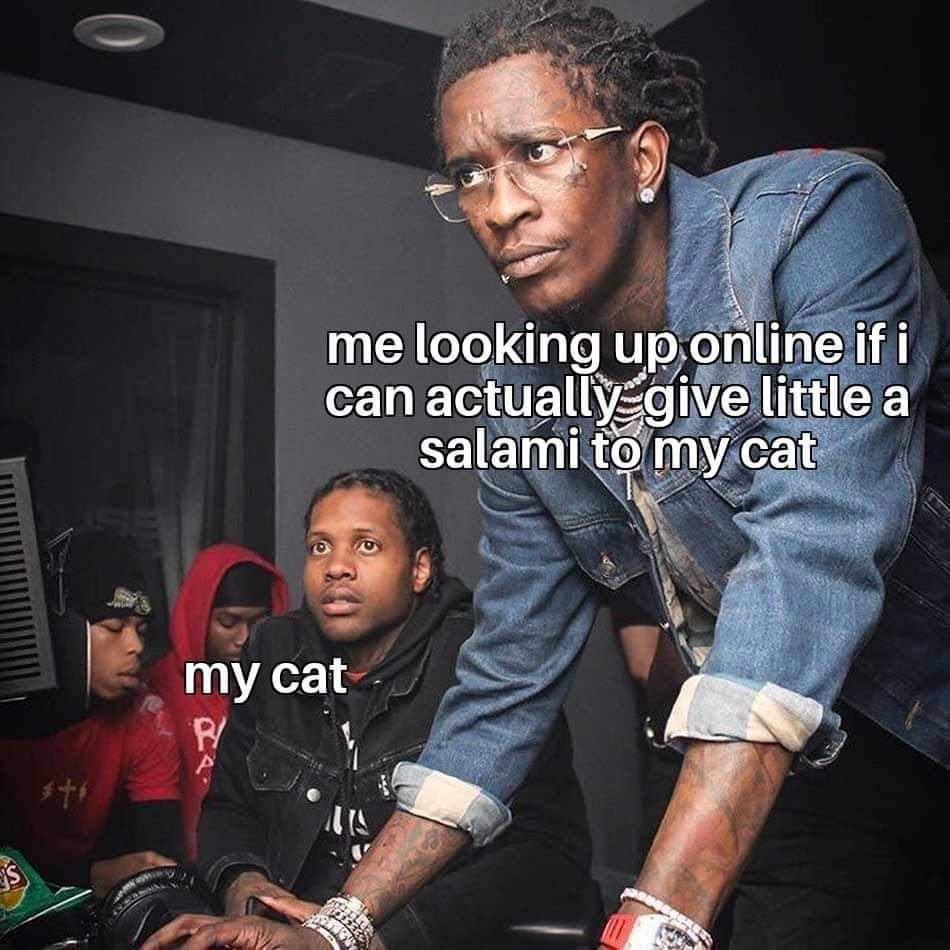 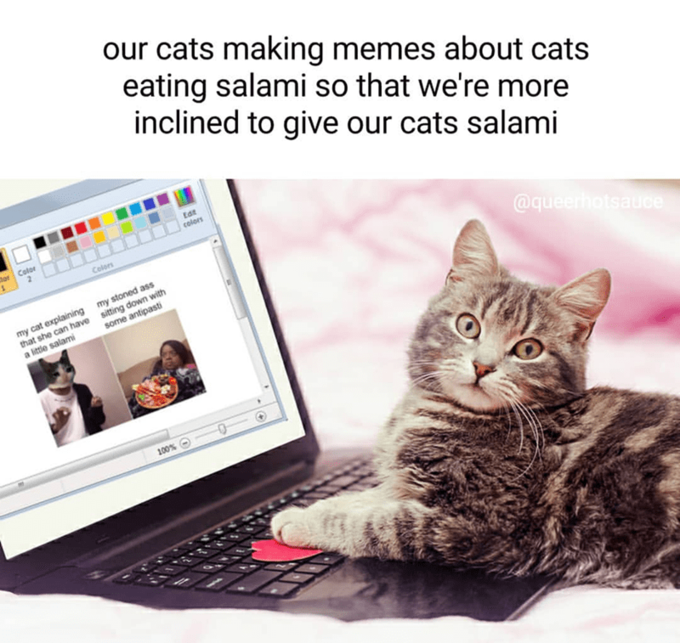 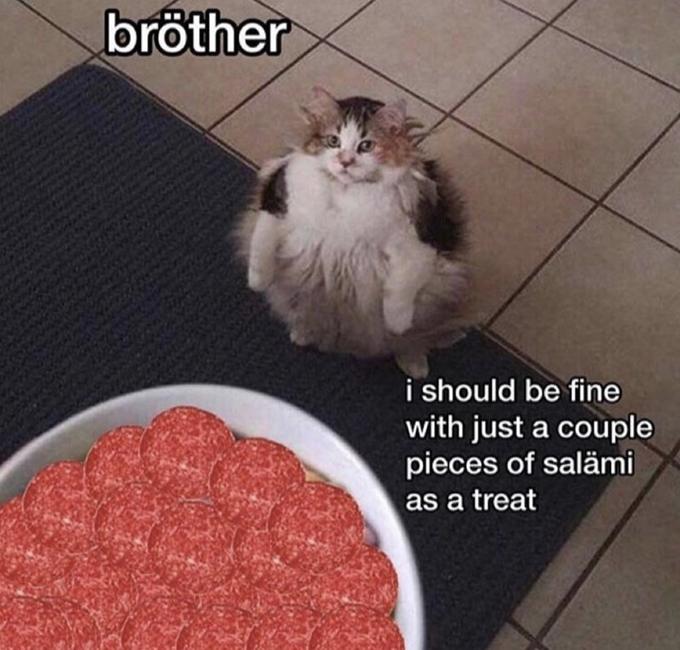 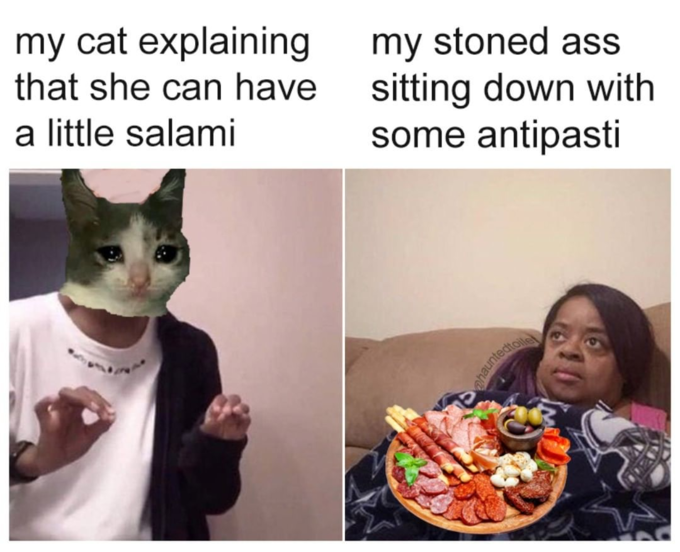 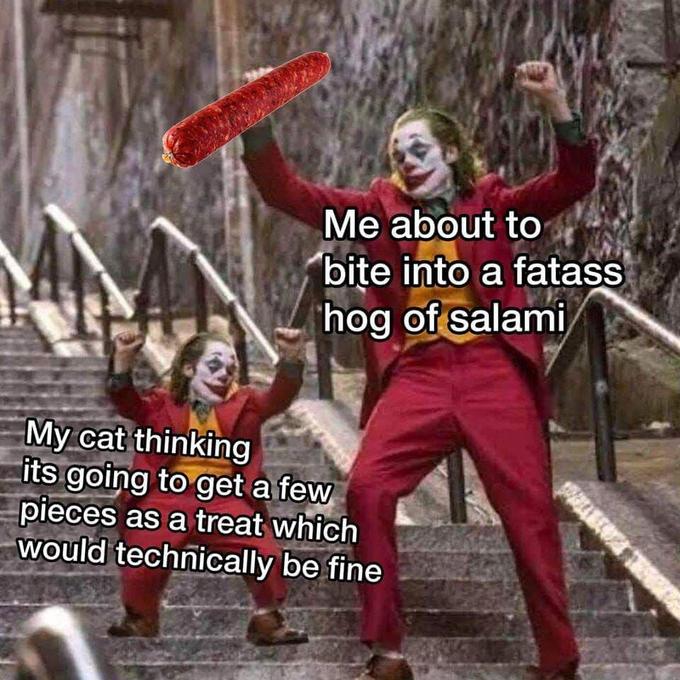 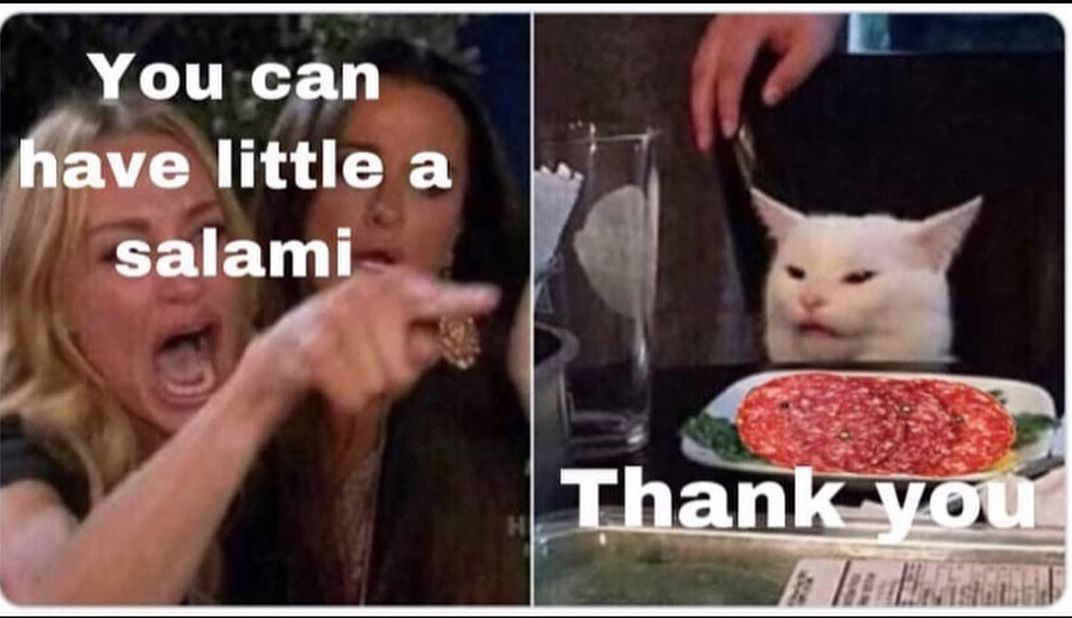 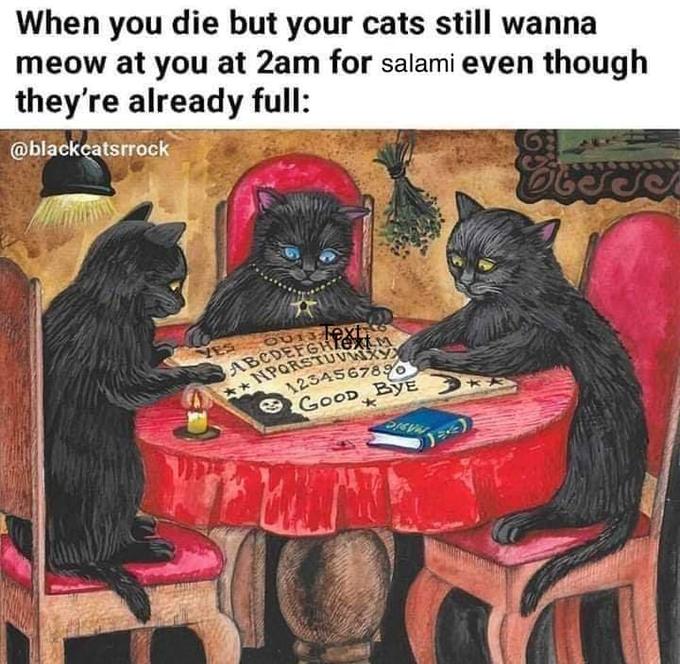 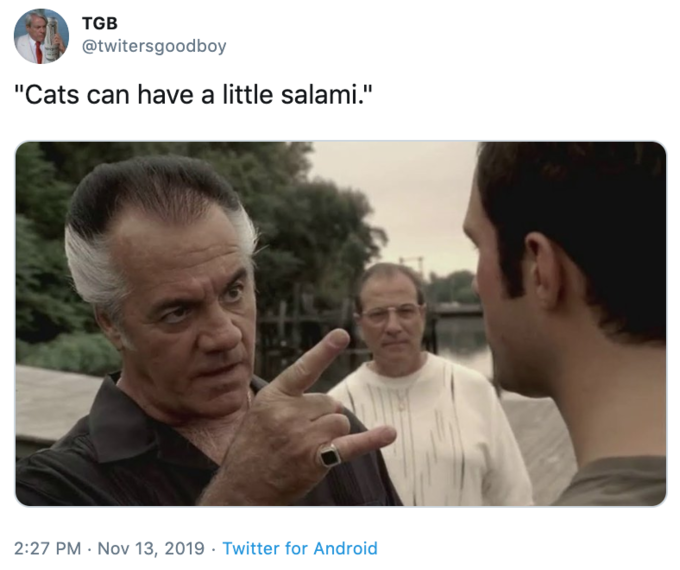 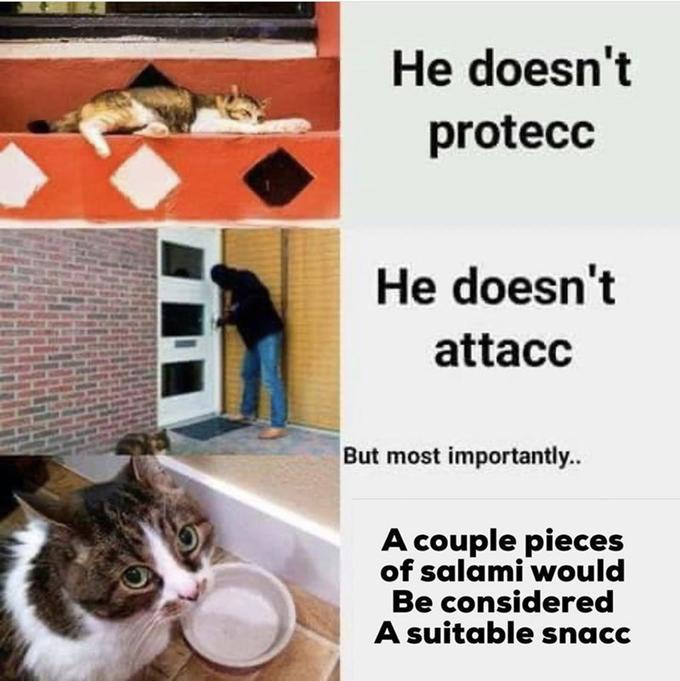 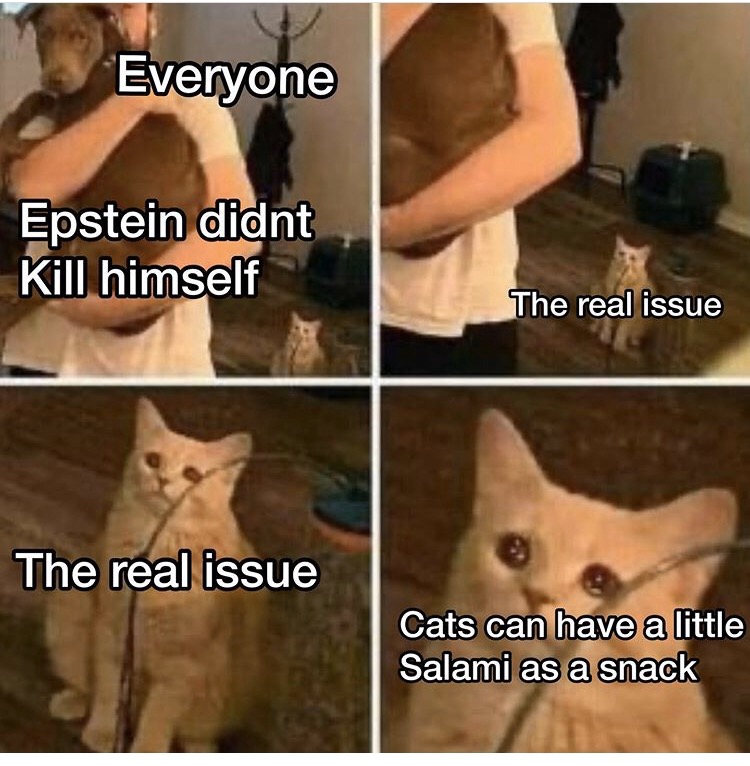