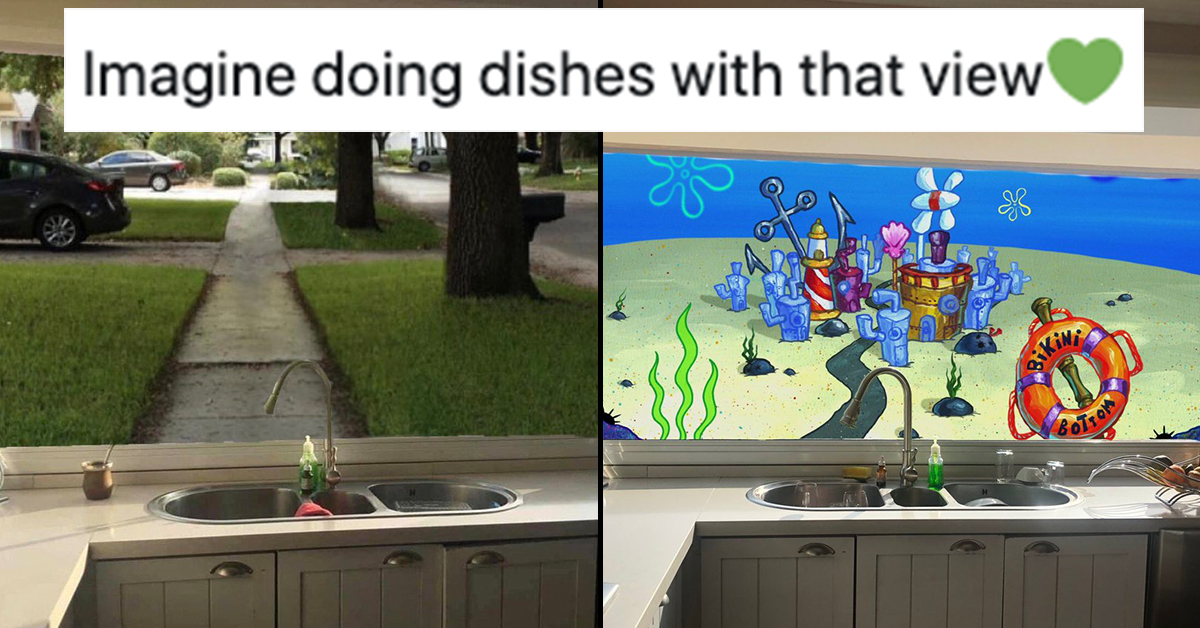 A lot of people are staying home right now, so it’s probably nice to look at other homes and imagine you’re stuck in there instead. A Facebook page called Happy Home has been offering people different window views so they can picture themselves washing dishes at a different sink, maybe even a different dish set.

A picture they posted in May has taken on a life of its own, according to Know Your Meme, as people’s minds take them much further than a pretty view.

The picture shows a huge window looking out over an empty field, right on the other side of a kitchen sink. They captioned it, “Imagine washing dishes with these views.”

Um, yeah, sure. That’s nice. But the image and a variation on the caption made its way to Twitter, and people pointed out what’s really obvious about that window. As soon as the sun goes down, it’s basically a window into your house and you won’t even be able to see who is watching you:

I would never do dishes at night https://t.co/RWsXJVyVSM

The creepiness of the whole set up was noticed first, but soon people were running with the idea of imagining doing the dishes to a specific view, turning it into a new meme. So many of us would like to be seeing something new. Whatever you want to see, it’s probably down below:

imagine doing the dishes to this view pic.twitter.com/EHCH1ZTZeU

Imagine washing the dishes with this view pic.twitter.com/Yx1dUvKInx

imagine washing dishes with this view <3 from r/attackontitan

I could only imagine my wife doing dishes at night and me scaring the shit out of her all the time https://t.co/vAD1RxotHK