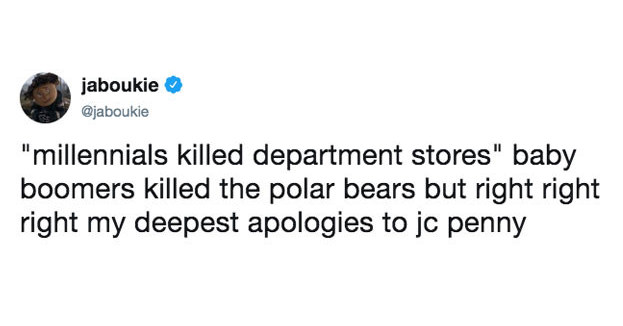 Bitching about previous generations is a pastime as old as dirt.

Hell, in Ancient Rome, I bet parents were saying things like “kids these days are so lazy and soft they only want to expand the empire with diplomacy instead of war.”

Point is, whining about young people is boring, clichéd and just makes you seem like an asshole.

Here are 21 times millennials made sure baby boomers understood just how lame they were being in criticizing this generation.

Maybe if millennials spent less on brunch and more on particle physics research they could travel to 1974 and afford a house. Just a thought

me: student loans are crippling our generation

person that types with their index fingers and can’t rotate a pdf: i bought my house with three buttons and a carton of camels in 1974 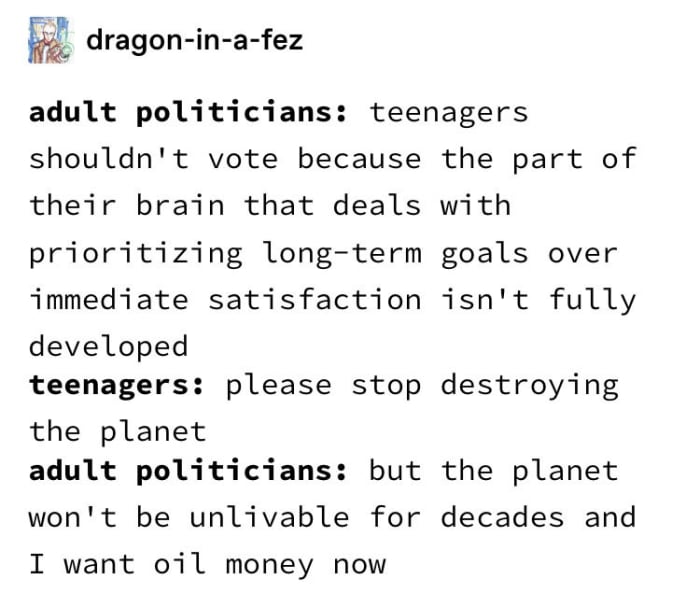 love 2 be a millennial sitting on my giant hoard of cash, willfully refusing to buy:
– diamonds
– houses
– department store things 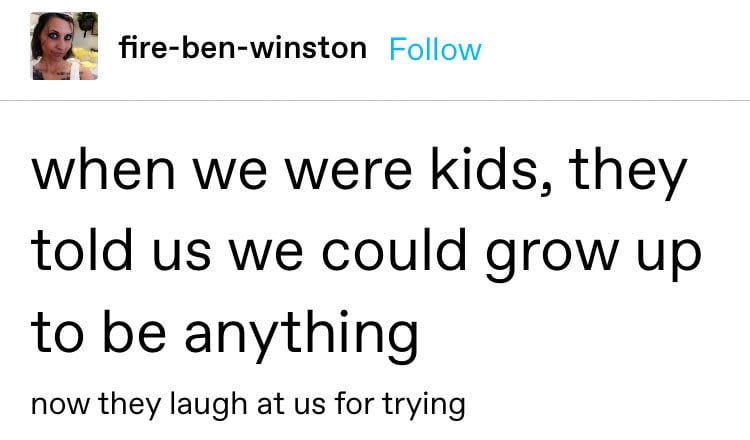 "This generation can't take a joke" 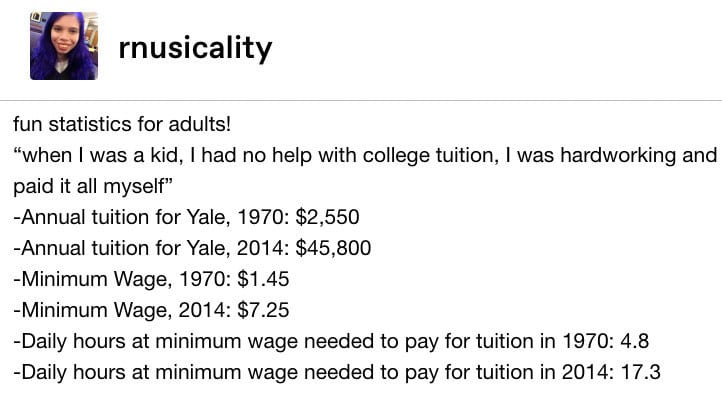 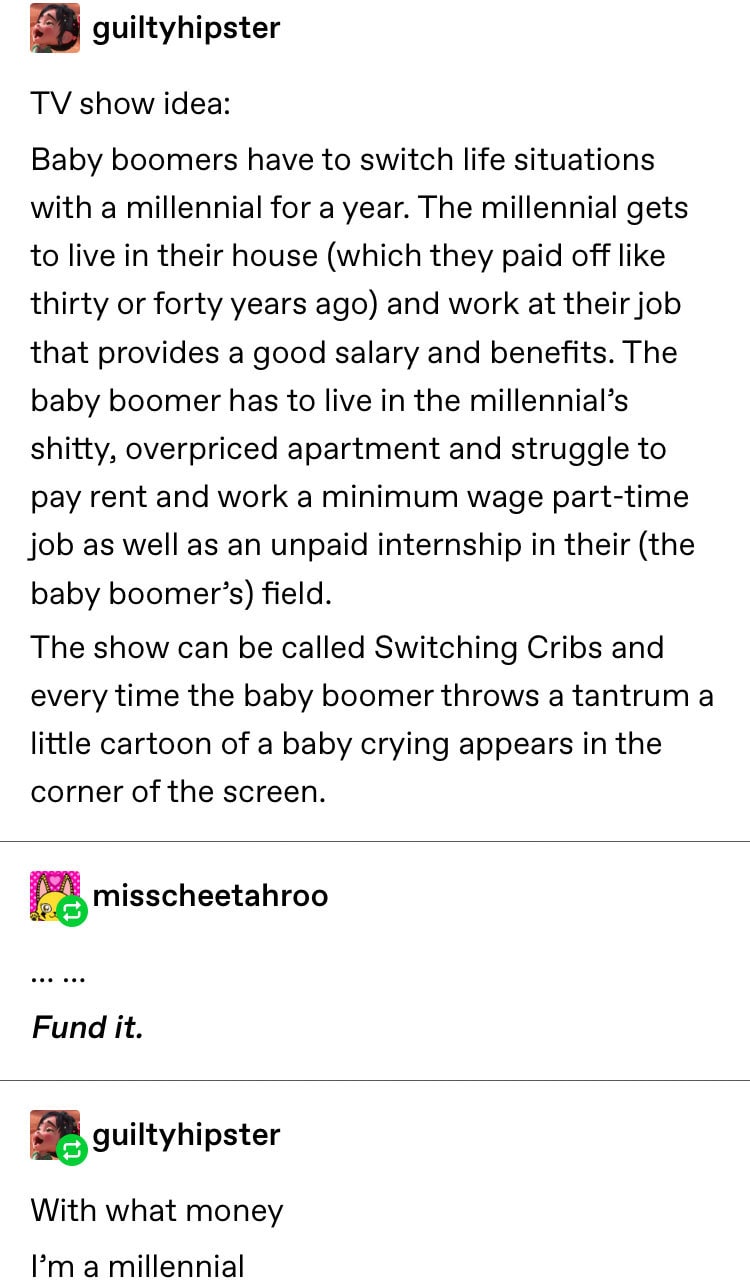