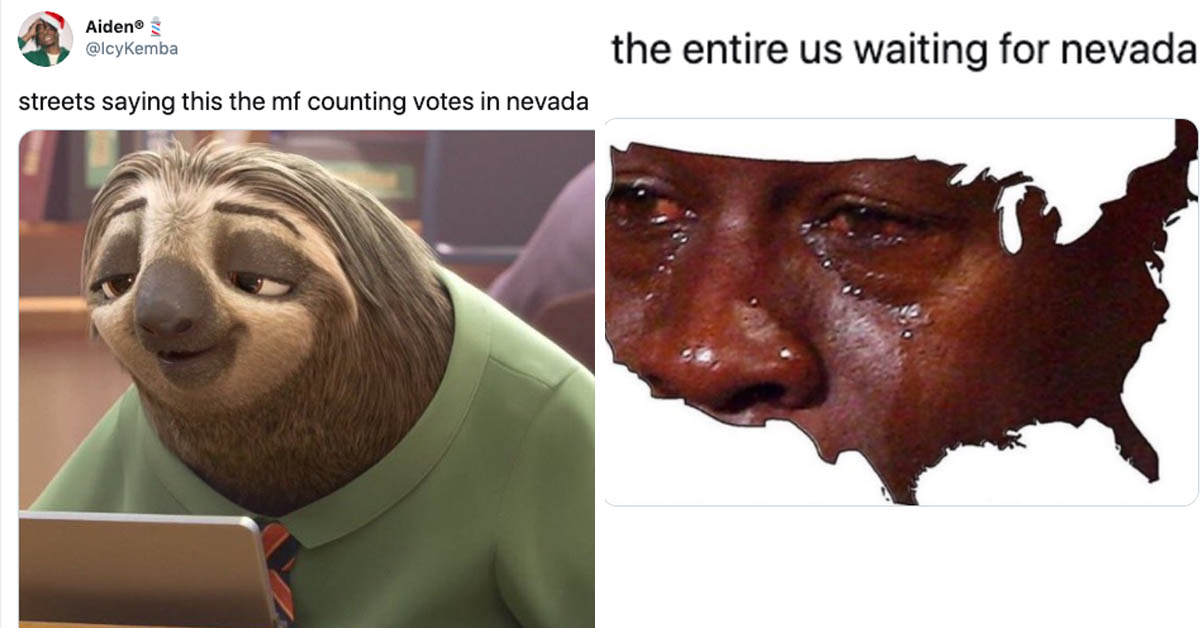 Two days later, however, we still have no idea who the next president will be. Has Joe Biden eked out a narrow win? Has Donald Trump clung desperately to power? We don’t know, and neither do the experts, because a few states have been lollygagging in their vote counts.

While Georgia, Pennsylvania, and Arizona are still completing their tallies as well, all eyes have been trained on Nevada, where a surprise Biden win would hand him the presidency if other results hold. And yet, shockingly, a state known for late nights and later mornings is taking its sweet, hungover time in finishing up.

That’s fine, we all know what the morning after is like, but meme-smiths everywhere are letting Nevada know that the world would like it to hurry the eff up.

me driving to nevada to start counting these mf votes myself pic.twitter.com/txjW6auah9

This is everyone checking the map every 5 minutes to see if the votes in Nevada changed pic.twitter.com/GwfFff77ID

Waiting for the Nevada numbers pic.twitter.com/Qw3jYqJgDo

nevada pulling up to finally announce the results after taking two trips around the world and four bubble baths before they decided to count the votes pic.twitter.com/tlA2XCUqDG