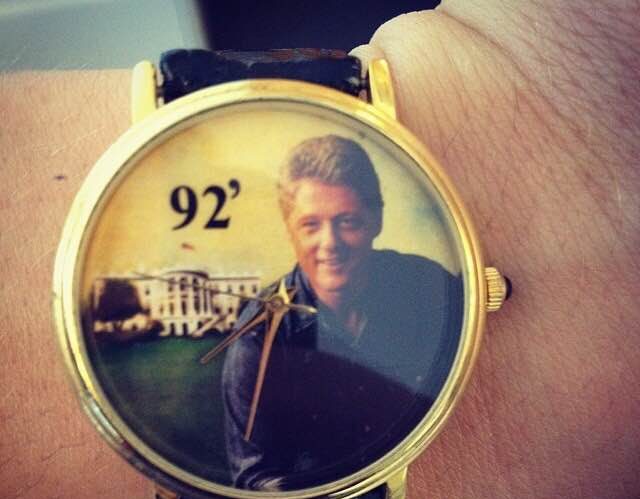 I’ve watched enough reality shows on A&E to know that there could quite possibly be some pretty valuable shit hidden in the deepest depths of all of our garages.

The watch that I recently found is definitely not one of those items.

I discovered it as I was helping clean out my mom’s garage.

Even though it’s not worth anything, it’s so damn great and beyond ridiculous that I think I’ll wear it every day from now on.

Have a look at then let’s discuss a bit further: 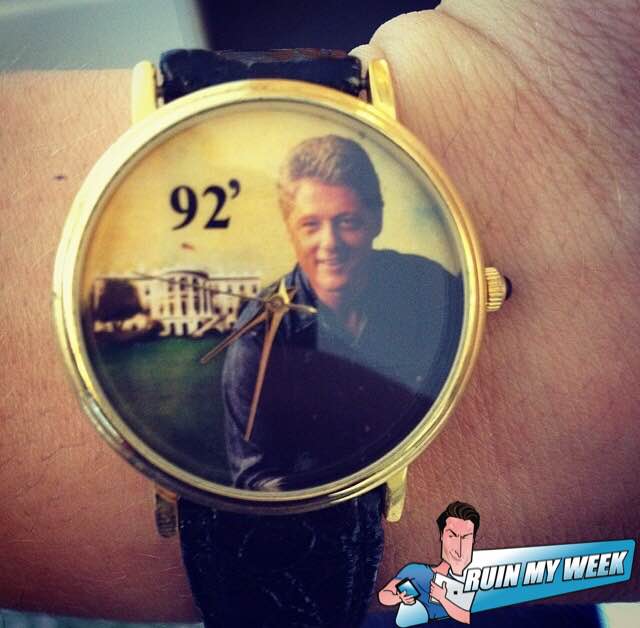 A few things come to mind:

While we’re talking Clintons, let’s not forget the time This Kid Added Hilariously Awful Text To His Snapchat Selfie With Hillary Clinton.