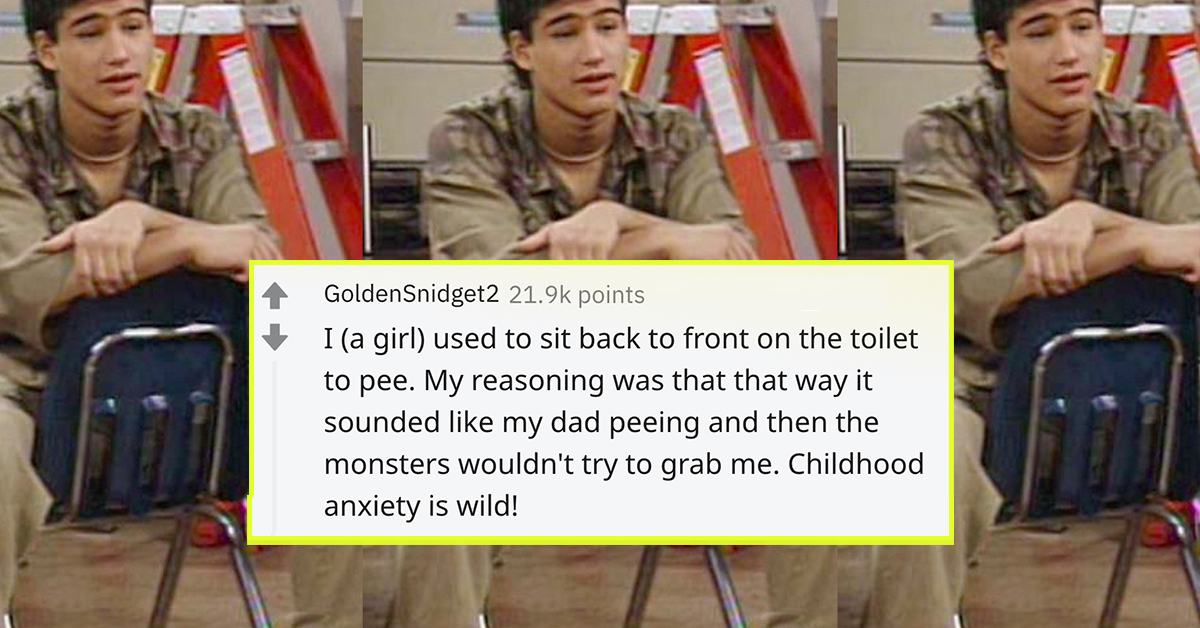 Being a kid is sort of like being on drugs, from what I remember. You’re not entirely sure what’s real, the line between dreams and reality is thin, and you don’t know who to believe when they tell you stories. That’s why Santa held so much sway over so many of our decisions. Redditor u/20195780 wanted to know what kind of behaviors the fever dreams of childhood drove people to, demanding of r/AskReddit, “What things did you do as a kid that you now realize is extremely weird?”

The answers are pretty hilarious, mostly because they’re so surprising. My adult imagination is absolutely dead compared to the bizarre flights of fancy that dictate what children do of their own free will. Nothing anyone described is something I could possibly have come up with, but their memories did jog a few of my own. I was a weird kid. I bet you were, too, and you might remember just how weird after reading these:

Ate rose petals. My grandfather told me they are edible. I still eat one when I go visit his grave.

Edit: thanks for my first award kind stranger. I did not think this would resonate with so many people and it’s great to see all the different cuisine and recipe suggestions. —Unsyr

Purple was my favorite color but I didn’t like the word so I called it murdalop. —MolinaroK

Found out that the air had germs in it and tried not to breathe too much. —tidymaniac

I use to eat ants, I didn’t even like the taste, and I kept doing it —syncmaster70

I used to have “science experiments” in the bathroom sink. Meaning, I’d go the bathroom and lock the door. Once in I’d make sure the sink drain was shut and then proceed to add every cleaner/ chemical/ shampoo etc under the sink to the sink in hopes of a reaction. Never got one, but it also never stopped me from trying. In hindsight I probably could have killed myself if I had mixed the wrong stuff. I obviously didn’t. —WilliamHarry

When I was around 4-5 years old I remember I used to sneak downstairs very early in the morning and search for any cups with that ½” of cold sweet sugary coffee in, and drink them before anyone got up. Guess I may have been the youngest caffeine addict in Britain. —goodworkingorder

I used to eat tissues as a kid. My mum found out one day and yelled at me to stop, (as any sane parent would do) so I started eating them in secret. Sneaking away with a tissue box to another room to eat a tissue or two.

Until one day when I was about 5 years old I had to go to the hospital. I had no idea what was going on all I knew was that I had trouble breathing through my nose. Before my operation I was in the hospital and I overheard one of the nurses say that they just needed to remove the excess tissue in my nose. Naturally I thought that the tissues I had eaten had started getting clogged up in my nose and I never ate a tissue again. I made the realisation at 14 that it was muscle tissue in my nose and not the actual tissues I was eating. —AutisticArmadillo

I (a girl) used to sit back to front on the toilet to pee. My reasoning was that that way it sounded like my dad peeing and then the monsters wouldn’t try to grab me. Childhood anxiety is wild! —GoldenSnidget2