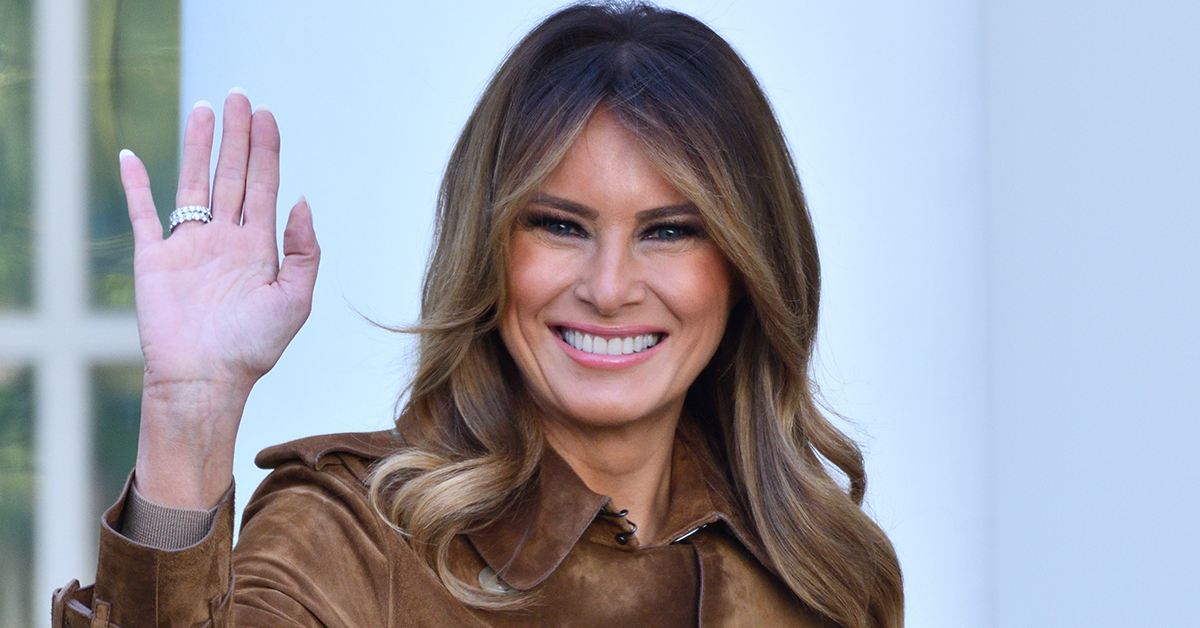 There are a lot of conspiracy theories out in the world right now and some of them are much darker than others. If we’re going to focus on a conspiracy theory, it might as well be an extremely goofy one. Today’s episode is “Melania Maybe Has a Body Double.”

It’s been rumored in the past that a woman by Trump’s side on trips is not actually Melania Trump. The rumor is usually attached to pictures where Melania is seen from a distance or while wearing sunglasses, so her features are somewhat obscured:

I swear that this looks like fake Melania. pic.twitter.com/nudfbyqMrJ

Again, I say, who is this woman traveling with Trump? It sure isn’t Melania. pic.twitter.com/jEeURIHvVo

But some of the pics are very clear, and you have to wonder, would they be so bold as to claim someone who is NOT Melania Trump IS Melania Trump?

.@realDonaldTrump & @FLOTUS as they arrive in Brussels, Belgium for the NATO Summit. #nato pic.twitter.com/prBd4jhIUj

The conspiracy came up again when comedian Zack Bornstein tweeted a more recent photo of Trump and his “wife” together, captioning it, “The only thing I’ll miss from this administration is them swapping in new Melanias and just pretending we won’t notice like a 4-year-old with a guppy.”

The only thing I'll miss from this administration is them swapping in new Melanias and just pretending we won't notice like a 4-year-old with a guppy pic.twitter.com/8J0A4E9z5H

People are very eager to believe this conspiracy theory is real for a few reasons: first of all, it’s been noted that Melania seems to hate Trump, slapping away his hand when he reaches for it repeatedly on camera. She also seems to hate a lot of her work as the First Lady, up to and including arranging the White House Christmas decorations.

We can all kind of understand why one of the few people in the world with casual access to a body double might use one when she doesn’t want to fly to Brussels or go on the campaign trail with her awful husband. But that’s still not proof.

Though folks did try to prove it:

Swipe these two photos back & forth. Notice the two front teeth. Melania’s are more squared…THAT AIN’T HER in the other photo. #FakeMelania pic.twitter.com/ge18TBarhy

Has their been another sitting President in the Televisual age that’s been quite so brazen as to use a body double of the First Lady on the campaign trail? I think not. Up their with my favourite conspiracy theories. The evidence is well… compelling.
#FakeMelania pic.twitter.com/BEI0kJyV1m

Omg there is a #FakeMelania unless she can change her height at will.
Look at the difference of height and the height of the heels she's using. pic.twitter.com/Nu2ECaMkWP

Not even anywhere close to being convincing Melania doubles 🤥 #FakeMelania pic.twitter.com/nky3shCckx

Meanwhile, at the Daily Mail, they interviewed Dr Hussain Cheema, an aesthetic practitioner and co-founder and director of Fvce, who argued very vehemently that the only reason no one recognizes Melania is because she’s smiling. She doesn’t do that much.

“Certain skin folds also appear on the face that would otherwise be hidden in a neutral facial position,” he explained. “Altogether, the combination of movement and skin folds can sometimes change ones appearance completely – with some people being referred to as unrecognizable when compared to a photo of them with no expression.”

What do you think? Is Melania going to Wisconsin to stump for Trump or is she sitting at home reading a magazine in the bath?