Nextdoor is a private social media app that connects users with their neighbors to discuss their community. With any social media platform, things can get wild. Twitter user Jenn Takahashi started lurking in some of their neighbors’ posts and found a goldmine.

In October 2017, @bestofnextdoor was born.

So, what does Nextdoor think of the account? HA! They hate it.

Recently, a Nextdoor user added a little security to their home security by purchasing new pillows—after a porch pirate was caught on camera. It’s not as ridiculous as you think, though. (Actually, it probably is.)

“Our pillows were stolen from our front porch last week so got some new ones” 💅🏼 pic.twitter.com/xSxYuhD0Wa 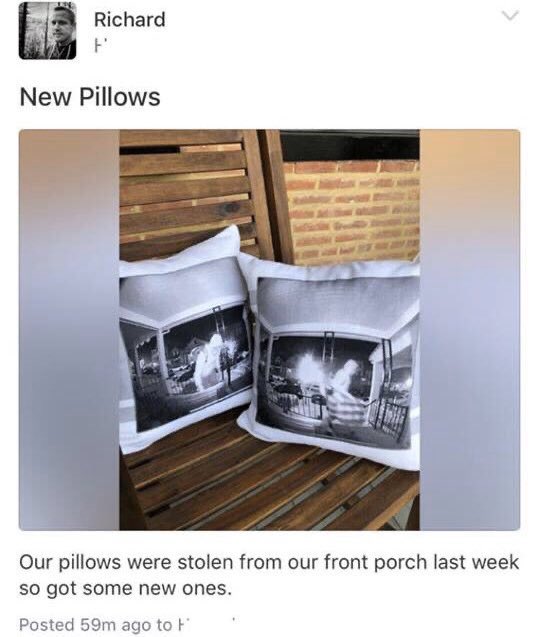 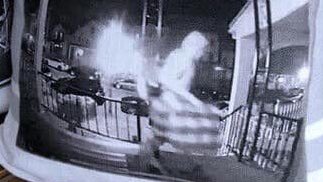 Publicly shaming porch pirates? Naturally, people loved it, especially how petty it was.

This is a level of petty I can appreciate!

I don’t know about you, but I’d be more likely to go back again for pillows with my image on them rather than some crappy off-the-shelf pillow.

Um, this is such a petty bitch power move, I AM IN AWE. pic.twitter.com/0Qr76FhHPS

Agreed if I was a pillow thief I’d steal the shit out of these.

I’m guessing these are far more desirable than the original pillows, but I live for this level of petty.

Nothing like a nice flood light pillow case to lull me off to sleep.

Sometimes the cost is completely irrelevant to the point.

Twitter user @halfbakedthot told everyone a story about her aunt who loves payback.

the best part is that someone took them pic.twitter.com/bgZKqqDwsP

Sometimes you think there is no more creativity in the world … everything is just a copy of something else. Then you here the idea of leaving packaged animal waste for porch pirates and you understand… there is still hope for humanity.

Take that to next level so it explodes when they try to open it to cover them in shit. 😁

I think I love your aunt

Another Twitter user shared their way to avoid porch pirates.

Someone stole my boxes once. They were full of my old lady vitamins and supplements. They abandoned it on a neighbor’s garbage can so he brought it over. They never messed with my stuff again. Pays to be boring.

Some people were confused.

Eric from the UK was bewildered that this happens in the United States.

is nicking stuff from doorsteps a national pastime in the states?

A fellow Twitter user had to confirm that, sadly, this is the country we live in.

Nah, in the UK we don’t rob our neighbours

Then things took a turn and friends started narc-ing on each other.

Because you basically did this 😂

Another Twitter user shared their own added home security.

There was also a discussion on the cost-savings benefit.

Wonder what the cost of custom photo imprinted pillows plus the ring doorbell is… vs the occasional theft?

Sometimes the cost is completely irrelevant to the point.

We also discovered this is the neighborhood filmmaker John Waters gets his mail in. Do you think he’s on Nextdoor??

This is my neighborhood ! Hampden, Baltimore, where John Waters gets his fan mail. It’s the little things.

More of the worst neighbors: