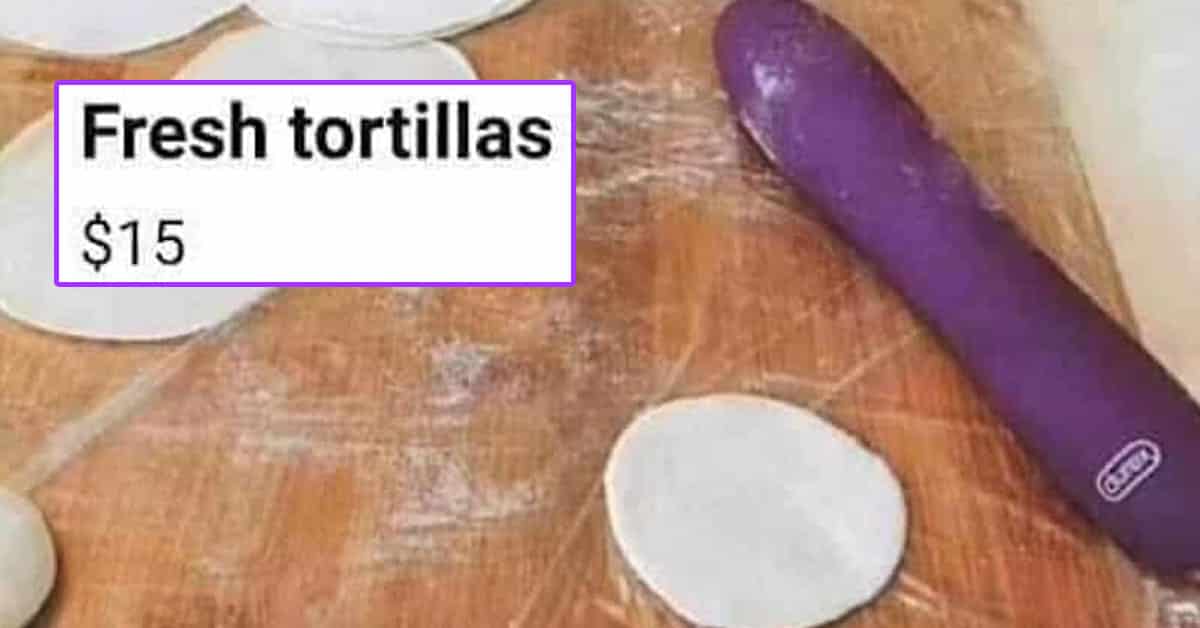 A woman named Peggy in San Antonio, Texas, allegedly posted a photo of a bunch of fresh homemade tortillas for sale. The price was $15, which seems very high for tortillas unless there’s two hundred in the pack.

Well, more like an interested viewer, because they don’t seem to want to buy her sex toy tortillas. They want to know what is going on at Peggy’s house.

Peggy answered, “Only a uncultured swine would not see that it’s a vibrating rolling pin.”

A lot of other people were pretty skeptical as well, so much so that they started tagging an account called Didn’t Happen of the Year Awards, which is run by the same people as the State of Selling. DHOTYA basically posts stories and pictures from the Internet that they’re absolutely sure didn’t happen. They probably get lots of submissions, including this one from the now infamous Peggy.

The clearly fake story is goofy enough for people to enjoy, and while I don’t believe Peggy’s malarkey for a second, the person messaging her might not realize they’re talking to a phony.

Hey, if you’re gonna post fake stuff on the internet, at least make it funny!