Buff Guys Typing on Laptops memes have taken over the game, quickly evolving into the wholesome content we crave and deserve. The memes themselves have nothing to do with bodybuilders or computers, they’re simply buff guys, typing on laptops, communicating with the world. According to Know Your Meme, the story of the Buff Guys on Laptops began on 4chan, where it was known as the “Why Yes, How Could You Tell” meme.

A photo of a super ripped dude would be paired with them saying, “Why yes, I do/am/have ____, how can you tell?” and it would usually be something unrelated to weightlifting and bizarrely neutral, like reading paperbacks.

Absurd enough, but it then started to morph into pictures of super buff guys doing wholesome stuff, like setting an anime girl drawing as their avi on Twitter.

“cute anime girl, i’ll set her as my avi.” pic.twitter.com/aey5W67Mgx 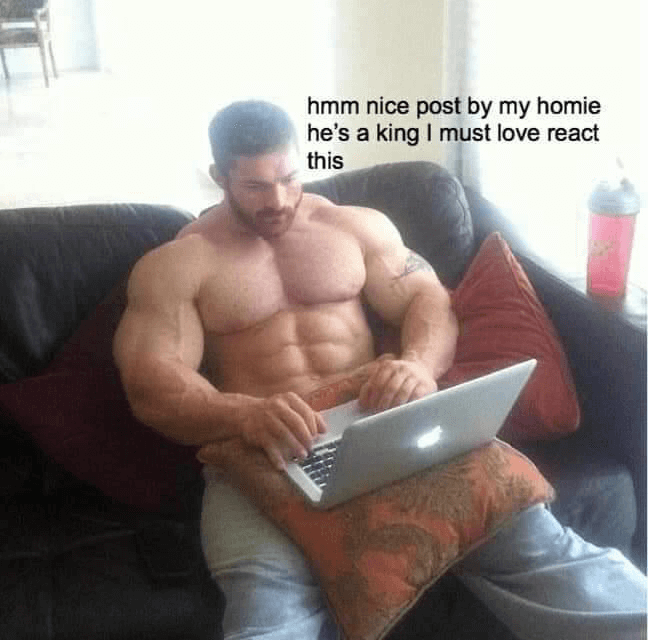 They’re kind, thoughtful, smart, and want the world to be a better place. Isn’t that what we all want? And wouldn’t it be fun to be buff while doing it? 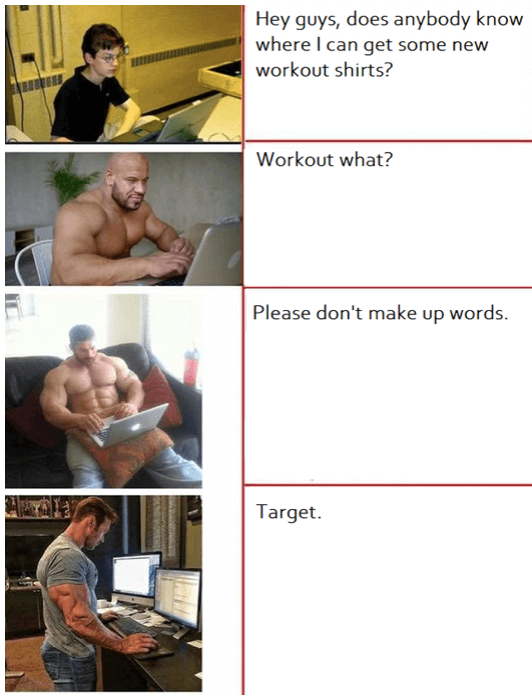 The meme is mostly funny because the images of the big dudes being sweethearts feels incongruous—but the more you look at them, the more you can believe that buff dudes have your best interest at heart. Scroll through the best of the meme below and get some good tips from super strong manly men. 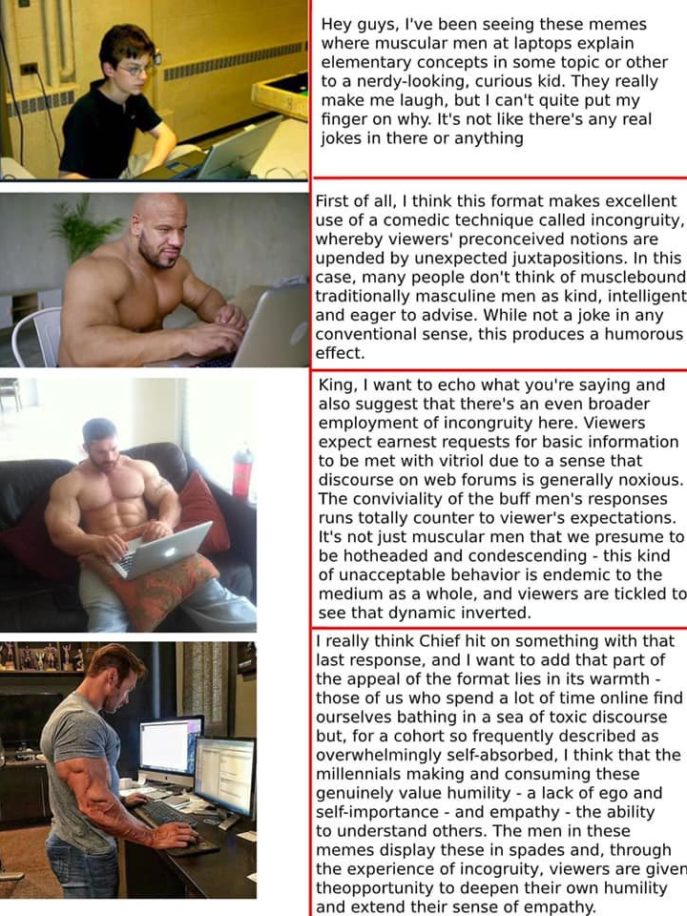 “Hey guys, this is my first time at the gym, would you mind helping me get adjusted?”
“Yeah that’s fine dude, I’m free to help”
“Yeah me too”
“Make that a third” pic.twitter.com/r7JZ7KmhRv 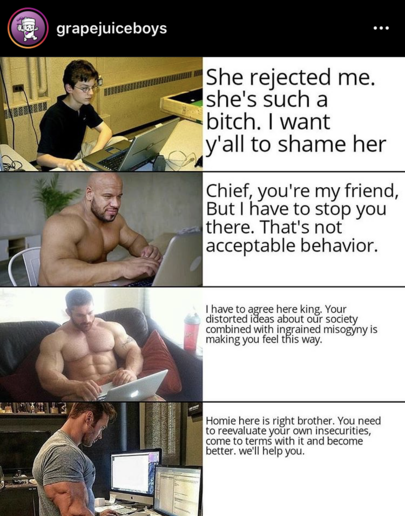 “Valid concern but it’s refreshing how it attacks the idea that a pursuit of intellect cannot co-exist with physical self care” pic.twitter.com/qjYlxNKUjM

“good match guys, it was tough without a full squad”
“yeah, but I hope BigKiNG22 is enjoying his vacation”
“He’s a hard worker he needs the break for sure”
.
.
.
.
“I wonder what the guys are up to?” pic.twitter.com/KiYBRGIbMU 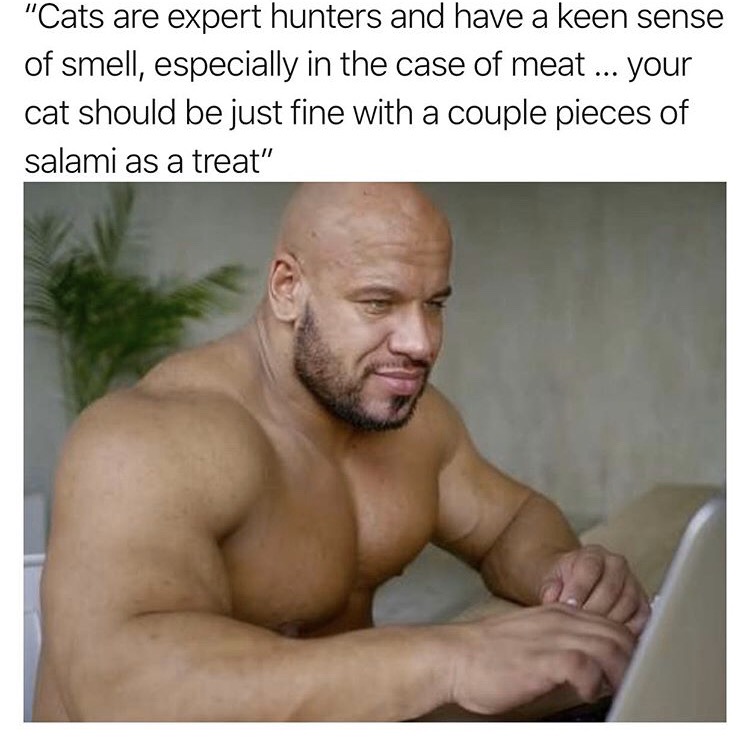 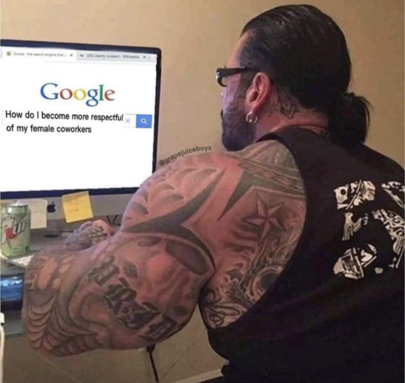 “Hey guys I need advice on this workout program. Is this too difficult for a beginner like me?”
“I’m glad that you asked Kageyama. Remember you can always count on us for anything!”
“Working out should be a fun experience at your own pace.”#MP100 pic.twitter.com/LbtpeaYrwx