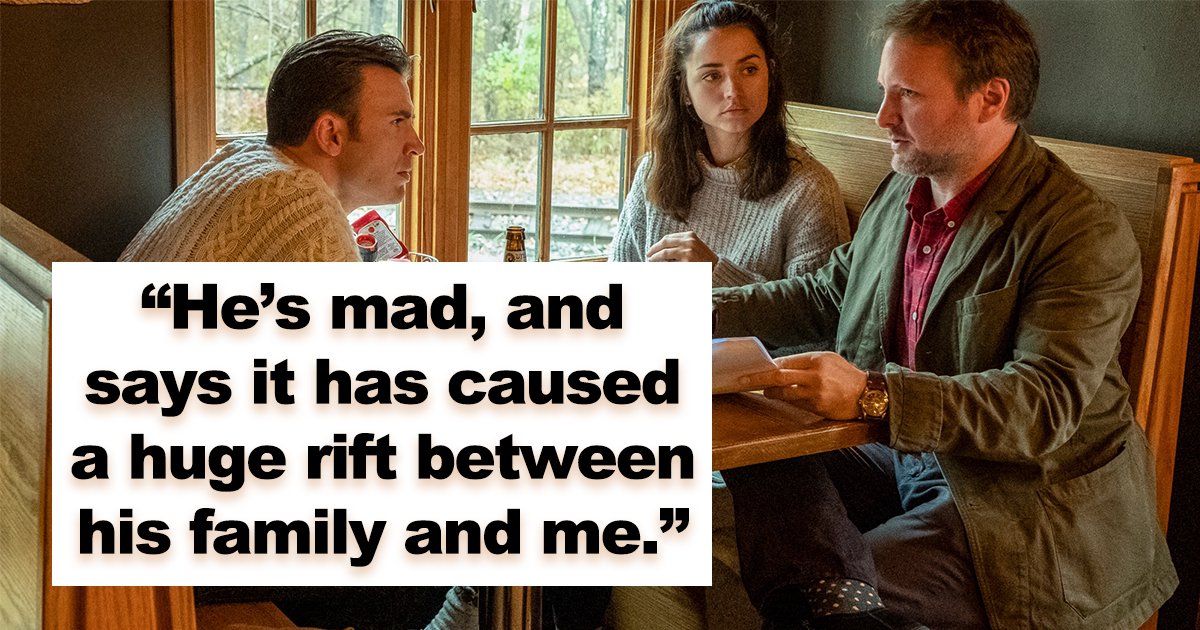 With the holidays can come all sorts of family drama. If you were lucky enough to avoid some this year, one woman’s story that was posted to the “Am I The A-hole?” subReddit has enough to go around for everyone! After her mother passed and she came into a hefty inheritance, this poor woman’s entitled husband felt he deserved a lot of free things, including dinner for the entire family on New Years Eve.

Obviously, this didn’t sit well with u/MirandaAddison13, the original poster (OP), and her side of the story served up the only thing this selfish husband and his entitled side of the family deserved: justice.

The wife wondered if she was the ‘A-hole’ for not paying for her entitled husband and his family’s entire New Years Eve dinner. She began with a backstory…

I (F32) recently inherited a good amount of money from my mom. I keep the money in a separate account as I still haven’t decided what to do with it, and I didn’t want it to go to waste.

I noticed my husband constantly bringing up the inheritance money and making countless suggestions as to how I should spend it. Another thing is that he expected me to pay for nearly everything during the past couple of weeks.

After coming into a large sum of money, OP’s husband has been extra needy. He demands she pays for most things now that she has “extra” money laying around. For those who have received inheritance before, you know how using that money can feel. Sometimes people can be very picky with how they spend this money, given that it’s usually a sort of “trust fund” for those who get it.

For NYE, my husband and I met up with his family at a restaurant to celebrate. It was going fine until I found out that I was expected to pay for everyone at the table. My husband’s mom joked about paying for dinner out of my ‘inheritance pocket,’ which made me livid, but I showed no reaction. I just silently paid for my own food/drinks. I then got up and made my way out of the restaurant. They were shouting after me, and my husband tried to get me to come back, but I drove home.

After leaving the family in disarray, OP went back home and awaited her sure-to-be furious husband.

He got back at 3 a.m. and yelled at me, saying I was pathetic to get up and walk out on him and his family after they relied on me to pay for their food.

He is mad and is saying that I caused a huge rift between his family and me when it wouldn’t have hurt me to pay for the celebratory dinner. AITA?

The story didn’t sit right with the Redditors who saw it either. Many commented on the entitled behavior of OP’s hubby and family, with some even calling for divorce before it was too late!

So, let me get this straight. Your mother died after an illness, and the thing your in-laws take from this is ‘great, now she can pay for everything.’ Yeah, not the asshole.

Ask him where he wants to celebrate when his mom dies. These idiots rarely actually think it through with empathy for others, and when it happens to them, they are all surprised that it hurts like hell to lose someone.

A divorce attorney may be a wise investment since hubby showed his true colors. Instead of suggesting they spend the money on buying a house or rental property or put away for retirement, he wants her to blow the money away ever since she got it.

Altogether, Redditors decided that the husband was clearly the insensitive ‘A-hole’ in this story. What are your thoughts? We’d love to know!