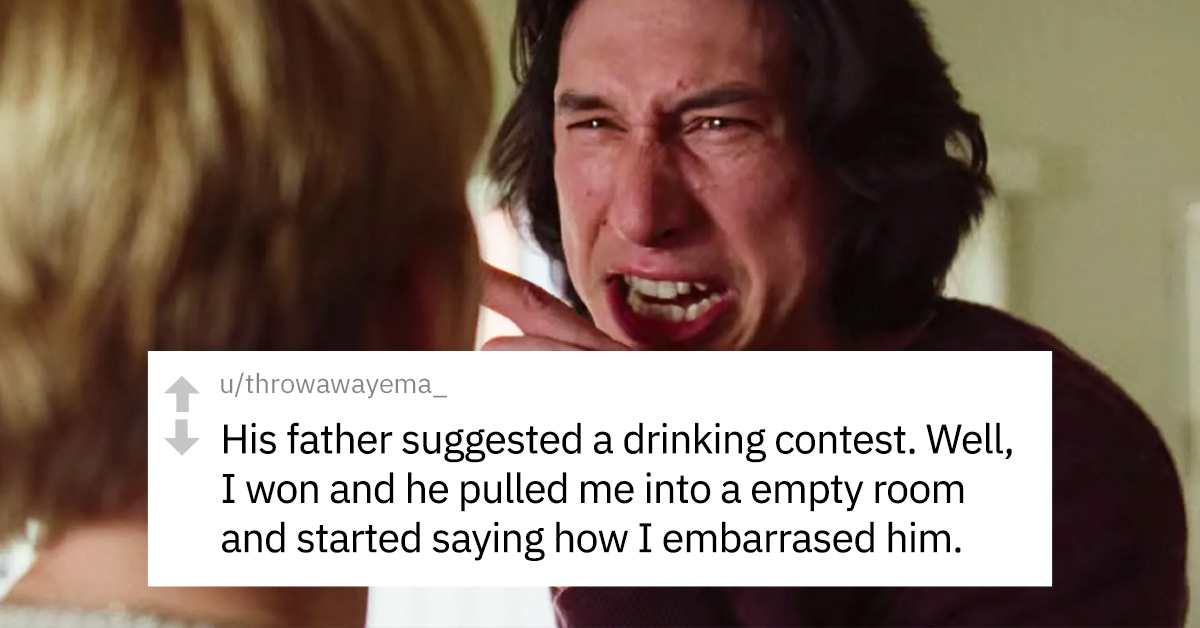 Some guys aren’t easily emasculated, but some are pretty sensitive and they have no problem telling you about it.

One woman dealt with her particularly sensitive husband after she emasculated him in front of his parents during a drinking contest.

After their conversation, she turned to the popular subreddit “Am I The A**hole?” (AITA) to find out if he was in the wrong for emasculating her husband in front of her parents.

Here’s what she said:

AITA for ’emasculating’ my husband in front of his parents?

Throwaway because I do not want my BIL or husband to find my real account.

I(25F) have been dating my husband (30M) for five years and we’ve been married for two. He is very much a traditional ‘man’s man’ but it never bothered our relationship till now so I didn’t care.

2 days prior, he wanted to visit his parents now that we are all vaccinated. He asked me to come too and I complied since ii really enjoy most of his family. We went and had a great time until his father suggested a drinking contest. Basically, a family tradition to see who could drink the most cups of watered-down beer in a set time. It’s usually only my father-in-law, husband, BIL, and SIL’s husband, this time I wanted to try out too and challenged my husband to one. He laughed and said ok.

Well, I won and he got very frustrated. He pulled me into an empty room and started saying how I embarrassed him how it was ’emasculating’ for him and how I should be sorry. I told him to not get so serious and left the room. After 2 hours or so of cold stares from my husband, I suggested leaving. He said he wanted to stay at his brother’s house for the day and drove there while leaving me to walk home. (it’s around 45 mins away from a walking distance).

I found what he did kinda petty but at night my brother-in-law calls me and tells me how upset my husband was because I humiliated him and made him feel like less of a man. I called my husband and apologized but he has not returned to me since.

So Reddit, AITA for emasculating my husband in front of around 10 family members? 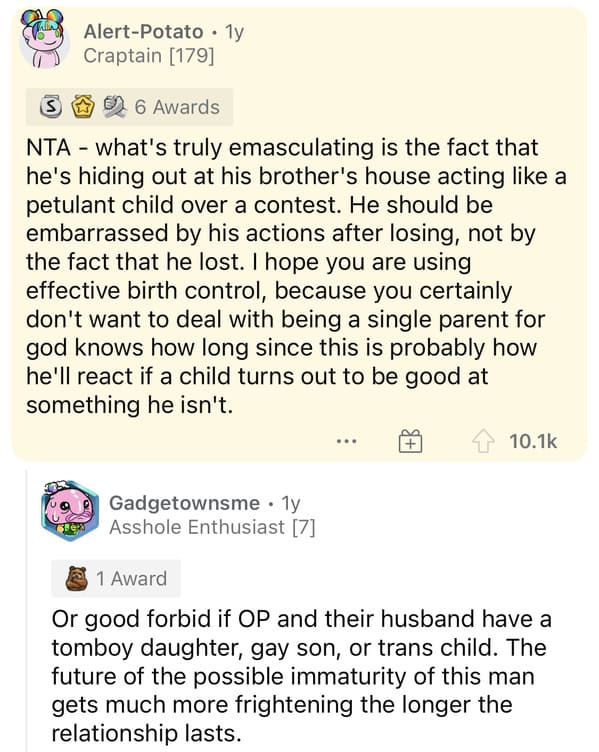 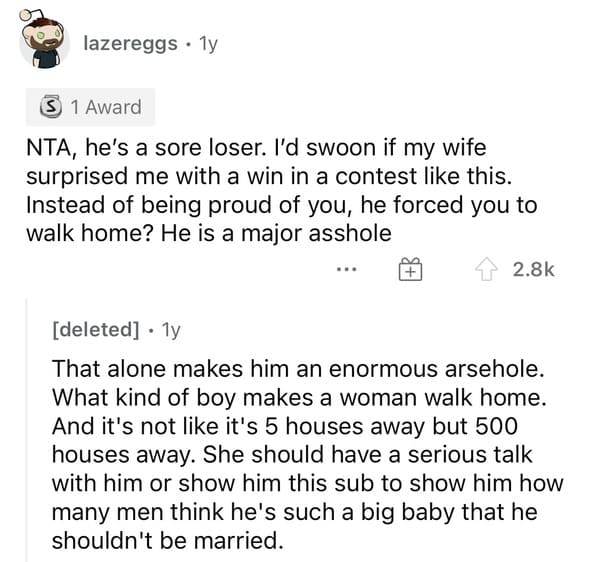 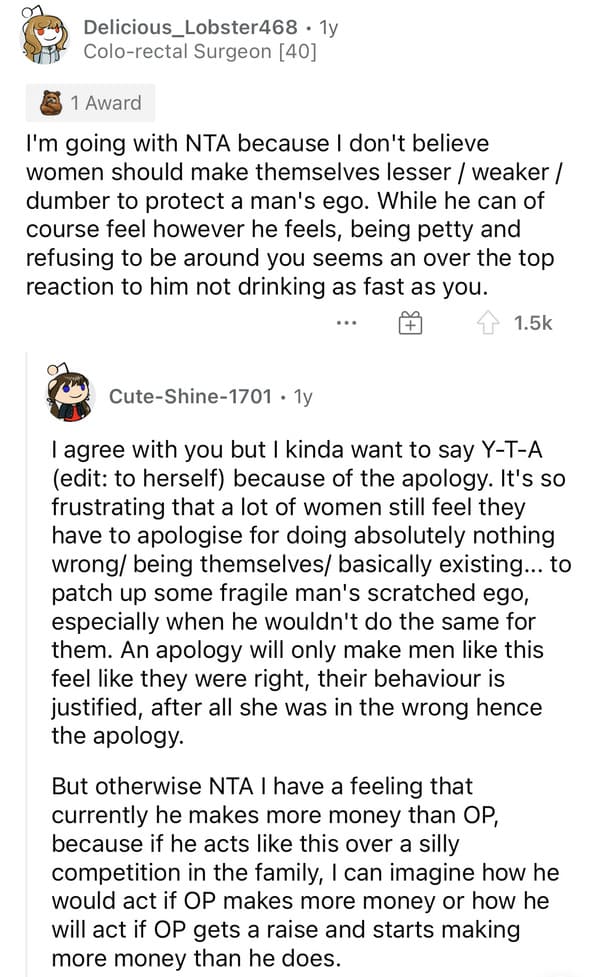 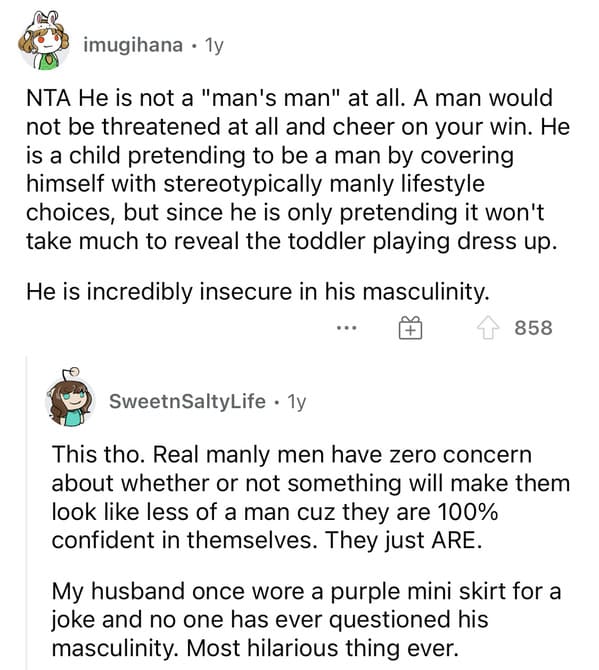 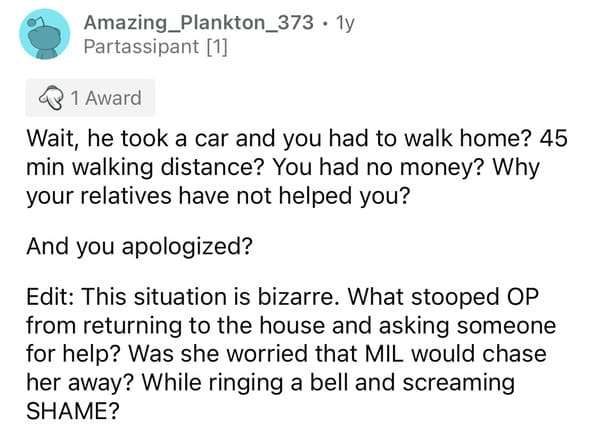 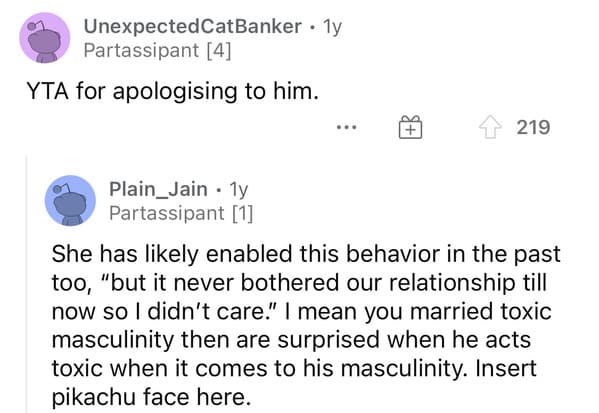 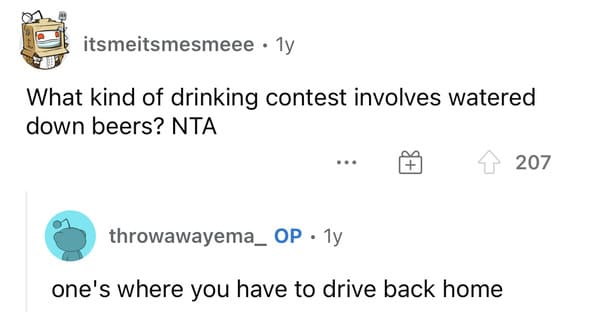